10 of Ireland's 'Must See' Music Festivals We all know the Irish love a good party, and if you’ve been following our “Ceol agus Craic” theme then you certainly know that music is a defining feature of our heritage – so it makes sense that we host a huge number of music festivals across the country each year.

Of course, some of these go back to the roots of the Emerald Isle with Trad Sessions and Irish Dancing galore, but there are plenty that extends their cultural offering to far beyond the waves of the Wild Atlantic Way.

Which of the festivals below would you most like to attend? Tell us in the comments and let us know if we’ve missed out any favourites! 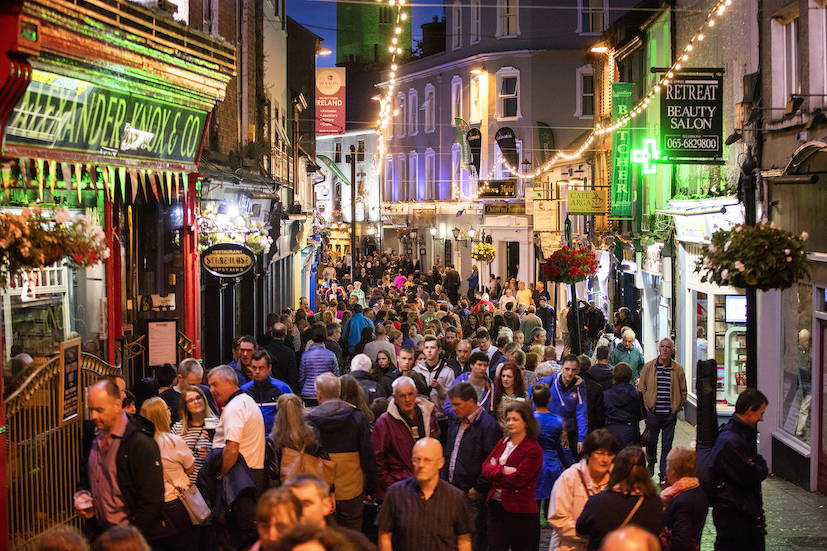 We’ll start with Fleadh Cheoil, which is the world’s biggest annual celebration of Irish music, dance and culture.

The weeklong festival changes location every two years, giving different cities in Ireland a chance to host the 100,000 musicians and 500,000 crowd members that the spectacle can attract each year.

With Irish dancing competitions, both traditional and contemporary concerts, spontaneous sing-alongs in the street – what more could you want from an Irish music festival?

The next event will be held in Mullingar in 2021 and, as everyone missed out due to the coronavirus pandemic this year, we’re sure that it will be bigger and better than ever!

If it’s pure trad music that you’re after then you can’t go wrong in County Clare, and more specifically at the Feakle Festival.

Now in its 33rd year, the small town of Feakle stays true to its roots in presenting its annual celebration – with enthusiasts flocking from all over the world to get to the heart of traditional Irish music.

Here is not the place for sponsored tents and novelty t-shirts – but simply an authentically Irish programme of sessions, workshops, and good old-fashioned fun. 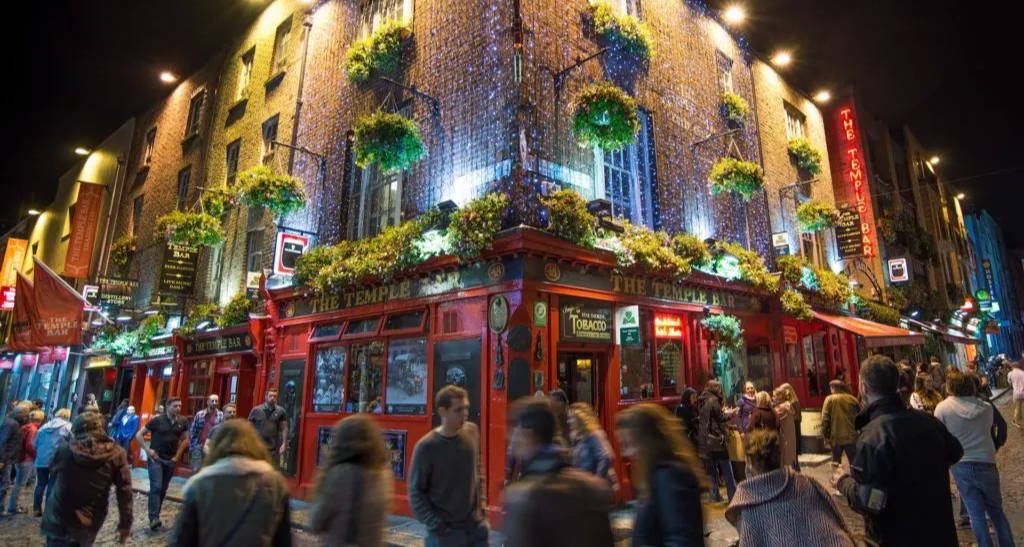 While we’re on the subject of traditional music, the Temple Bar Tradfest definitely warrants a mention. Unlike most music festivals, this one tends to take place in January – giving all of its attendees a craic-ing good way to kickstart the year.

The five-day celebration is organised by The Temple Bar Company - a cultural not-for-profit group, who keep the prices small and the rewards big for patrons. Everything from household names, to up and coming acts can be found at Tradfest, playing in venues which are almost as captivating as the performances – including the grand City Hall and the historic Kilmainham Gaol.

So, if you’re looking for a taster session of traditional (and not so traditional…) Irish culture, Dublin is the place to be come January! 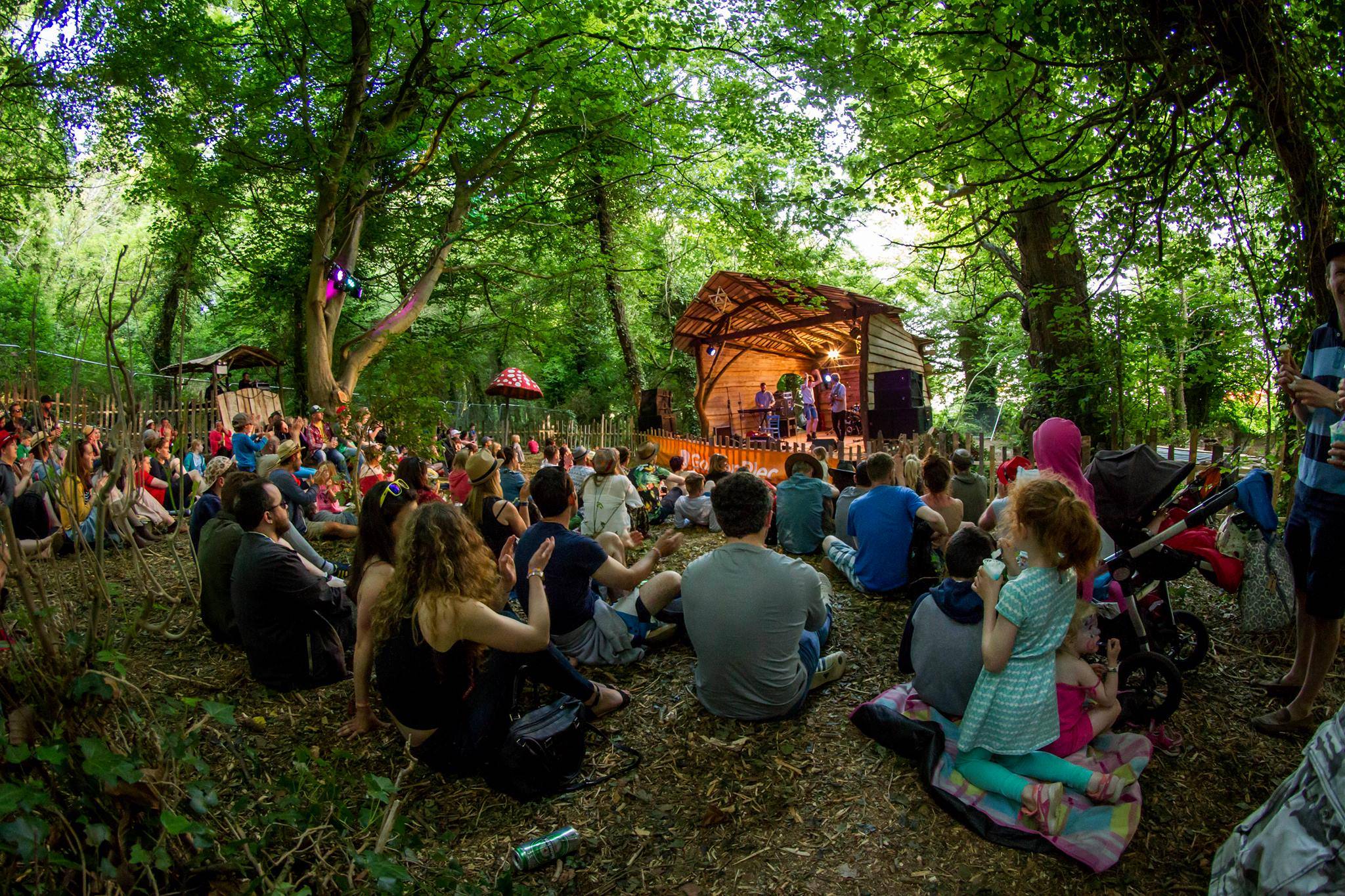 The very first Vantastival took place in 2010, and since then it has been growing little by little each year to be a highlight annual event for lovers of music and camper vans.

The general concept is to rock up in your camper van and rock out to a line-up featuring some of the finest musical talent that Ireland has to offer (tents also welcome).

Set in the in the grounds of the beautiful 17th Century Beaulieu House on the banks of the River Boyne, Vantastival is a small family run event, which provides a friendly atmosphere for all ages.

The Guinness Cork Jazz Festival is the biggest jazz event in Ireland, and more than one million fans have travelled to Cork over the years to indulge in the rhythmic and creative genius of its performers.

Launched in 1978, the festival has provided a stage for some of the most prominent stars of the jazz world, including Ella Fitzgerald, Dizzy Gillespie and Herbie Hancock.

Every autumn the city of Cork comes to life amidst a medley of concerts, street performers, workshops and even lectures inspired by jazz. You’ll have to be quick to get tickets for some of the headliners, but there are plenty of free gigs peppered throughout Cork’s venues, which you can find using the Guinness Music Trail. 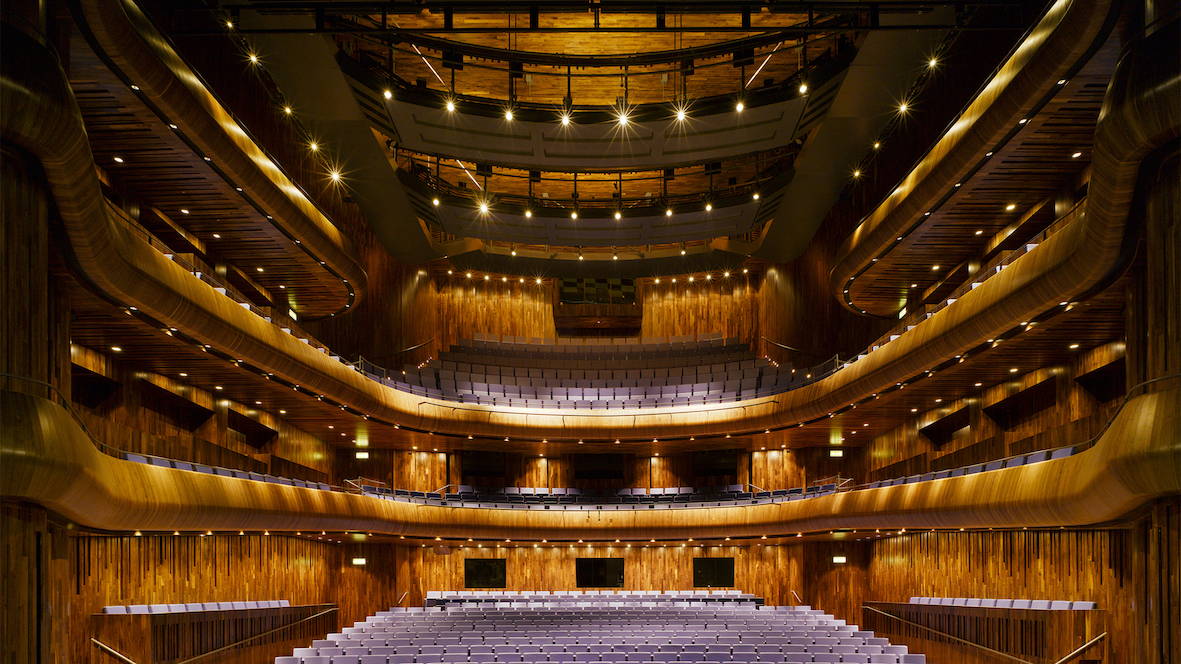 If you’re looking for something slightly more refined than tents and trad sessions, then head to Ireland’s south east in October for the annual Wexford Opera Festival.

Dating back to 1951, the event has grown into one of most renowned of its kind, opening the world-class National Opera House in 2008, and even being recognised at the 2017 International Opera Awards as the World’s Best Opera Festival.

The festival holds three operas as well as several workshops and lectures over the course of two weeks, educating and expanding visitors’ love of the classic performing art.

Over the years it has gained a reputation for championing more obscure and forgotten works, breathing new life into them with innovative and spectacular productions. 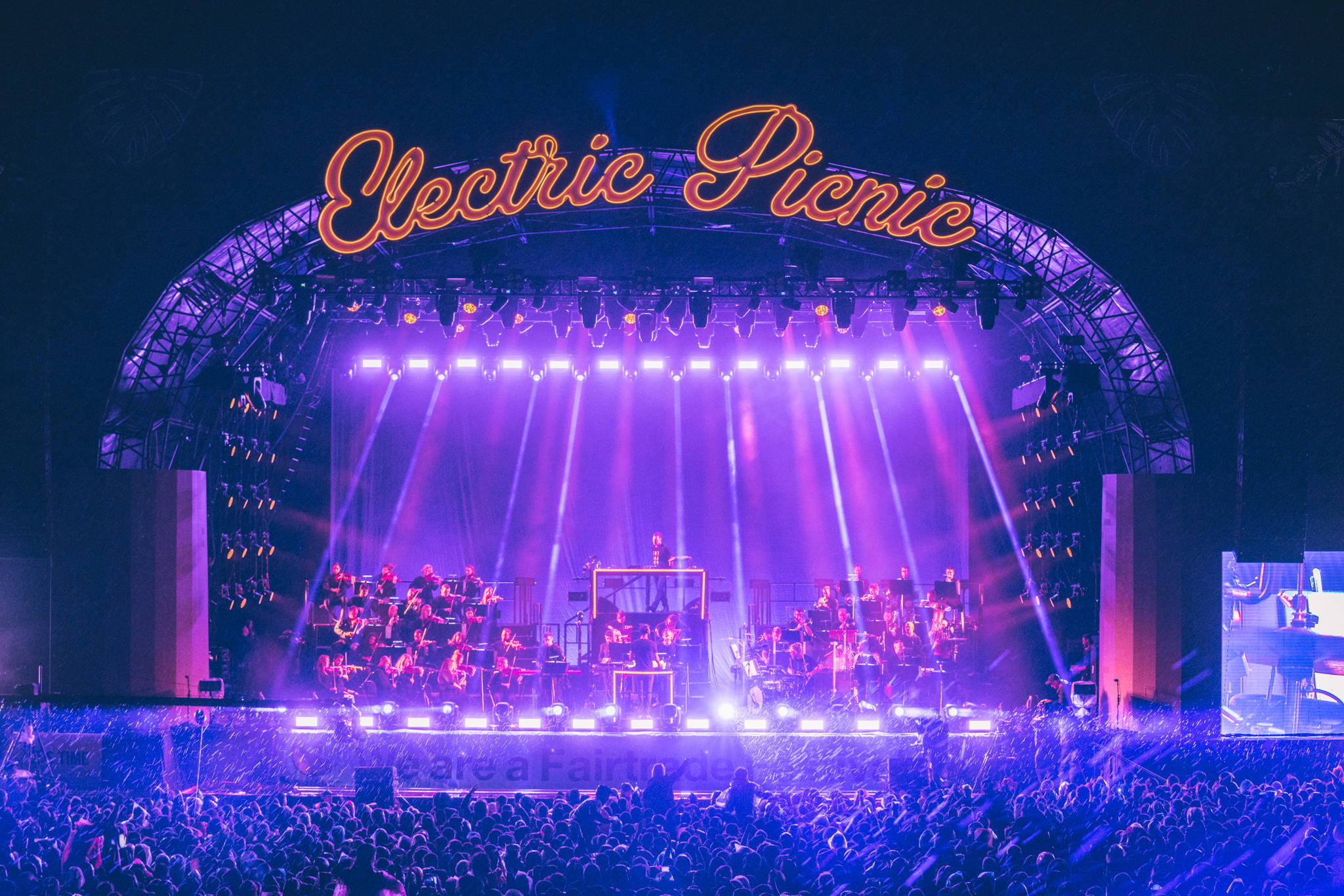 Held in County Laois, Electric Picnic has been dubbed as the Glastonbury of Ireland.

The weekend festival boasts an eclectic line-up, ensuring there’s something for everyone with headliners ranging from Björk to the Sex Pistols to the Dublin Gospel Choir and most genres in between.

As well as the extensive choice of bands and stages, attendees also have access to an enormous range of extracurricular activities including comedy shows, cooking demonstrations and health & wellness pursuits.

The capacity was recently increased to 70,000 but tickets sell out within days, so if you’re planning on heading there in 2021 you better keep your eyes peeled for availability! 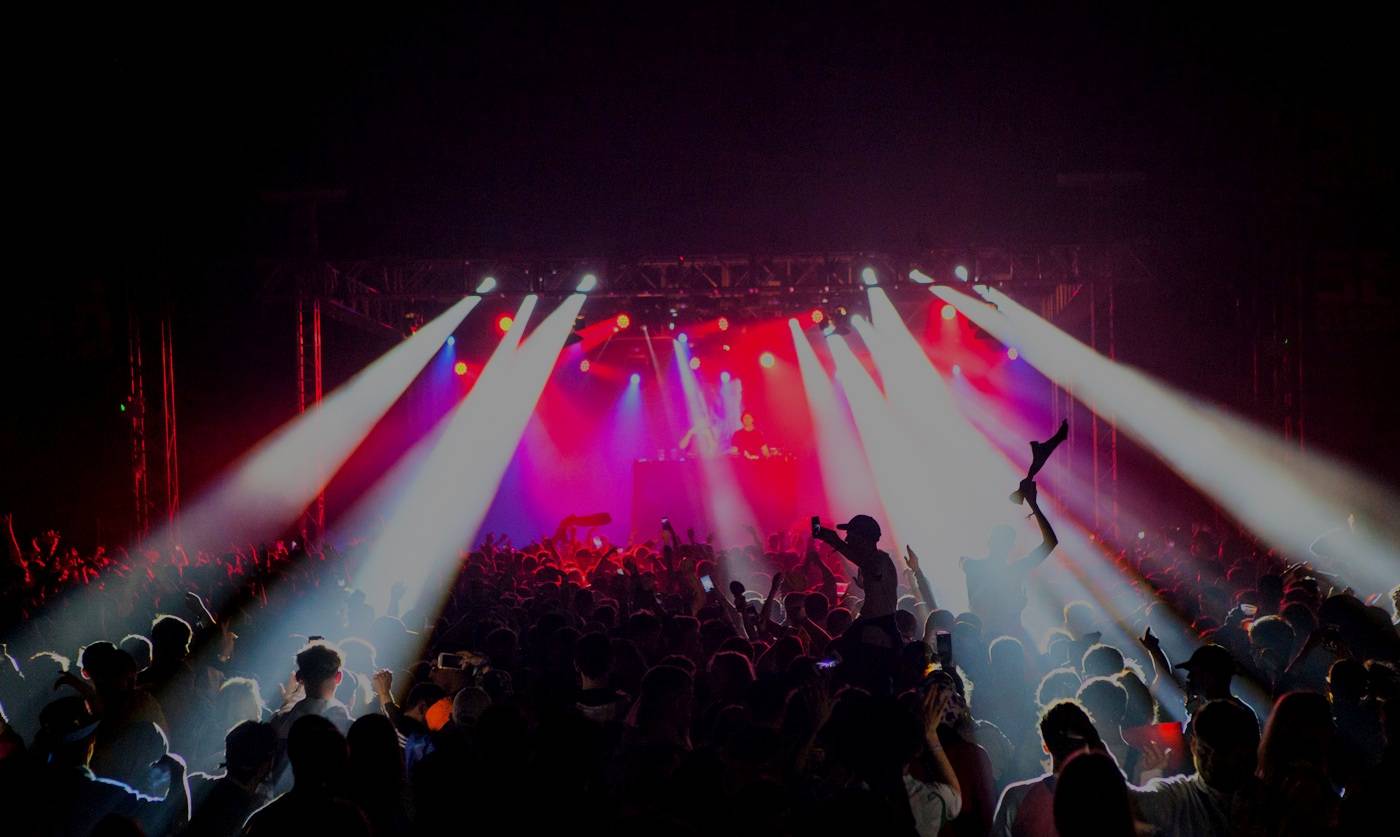 Sea Sessions brings a touch of Californian culture to the Wild Atlantic Way, chasing both sound and ocean waves.

If you can tear yourself away from the incredible acts on stage, then grab a board and hit up some of the best surf in the world - with the beautiful scenery of Donegal serving as a dramatic backdrop. The sun can’t be guaranteed but that won’t put a dampener on the festivities – although a wetsuit may come in handy…

The Bundoran-based festival has a really laid-back vibe, and campers can dip into the town whenever they please to stock up on supplies, hang with the locals, or simply visit one of the excellent pubs on offer. 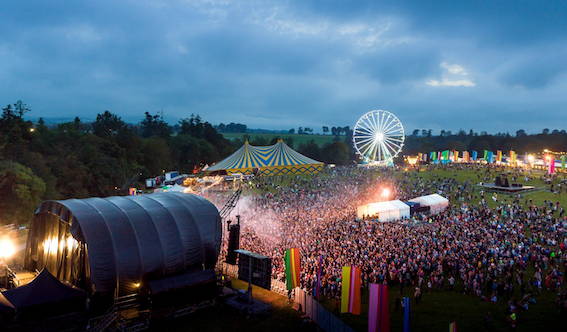 The festival is held in the huge Curraghmore Country Estate and spans across 18 stages, offering music, comedy, debate and so much more. It’s all you would expect of a music camping event, with a few quirky luxury extras such as bespoke cocktails, a bohemian spa and fabulous feasts.

Like most of the festivals on this list, this year’s All Together Now has been postponed until 2021 but the organisers haven’t let that dull their enthusiasm and have already confirmed Sinead O’Connor and Iggy Pop as headliners.

Looking for love? Forget Tinder, because Ireland has its very own match making music festival, and it has 160 years of experience!

The Lisdoonvarna Festival is held in a small spa town in Co. Clare – and invites singles to find one another in an atmosphere of music, dancing, and really good craic.

Whether you’re just there for a bit of a laugh at the ‘Traffic Light Party’ or seeking your soul mate through fourth generation matchmaker Willie Daly – you’ll definitely fall in love with the rural charms of Lisdoonvarna.

The festival takes place over a full month with over 40,000 ‘fish in the sea’ attending each year so, whether your 18 or 80, grab your dancing shoes and get ready to mingle!