Each and every family has its very own traditions, some that have been passed down for generations and some that have popped up in more modern circumstances.

Christmastide in Ireland is full of little celebrations, stories and habits – which makes it a wonderful time to learn about and enjoy our heritage. Some of the things I’ve listed below have been adapted for a more contemporary Christmas, while others exist as they always have done – but all of them tell their own tale of an Irish Noël.

Do your family share any of these yuletide quirks? Tell us your favourite Christmas tradition in the comments! 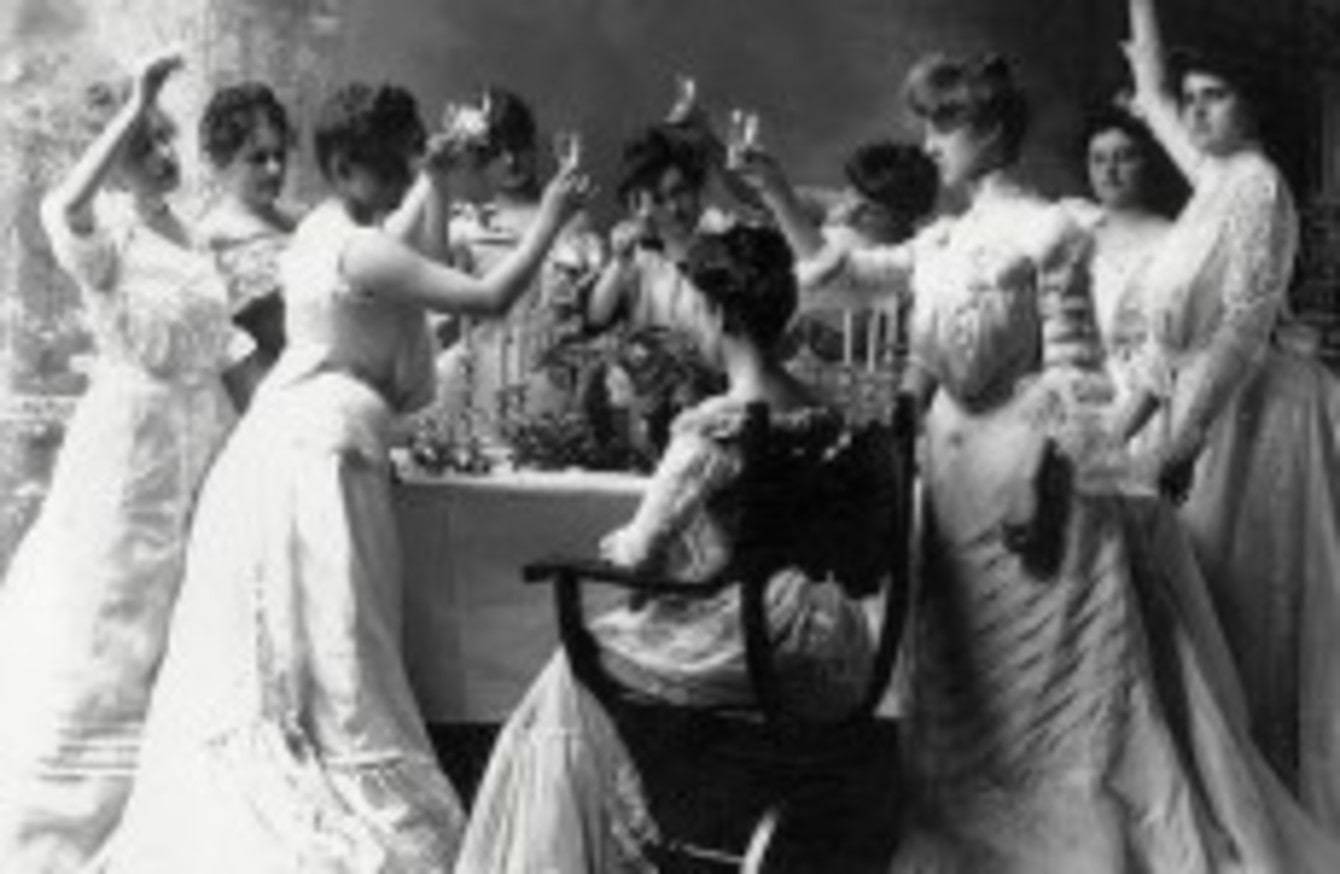 In many Christian cultures, the 6th of January holds a special significance over the Christmas period as the day the Three Wise Men were said to find and deliver their gifts to Jesus.

Some mark this occasion with giving gifts, or taking down the Christmas tree, but for Irish women it would appear it was a sign that men (wise or otherwise) should finally do a bit of the work…

In Ireland the 6th of January is known as “Women’s Christmas” and it is a day for ladies to leisure, while their male counterparts clear away all of the seasonal debris, take care of the house, and cook up a knock-out meal. Traditionally this was to thank women for all their hard work over the 12 Days of Christmas – back when it was less common for men to pitch in on household duties.

Of course, this is no longer the case, and most homes dish out an equal share of the chores. However, I’m all in favour of acknowledging our heritage, and see it as an excellent opportunity for the girls to hit the pubs while the men get dinner on the table. 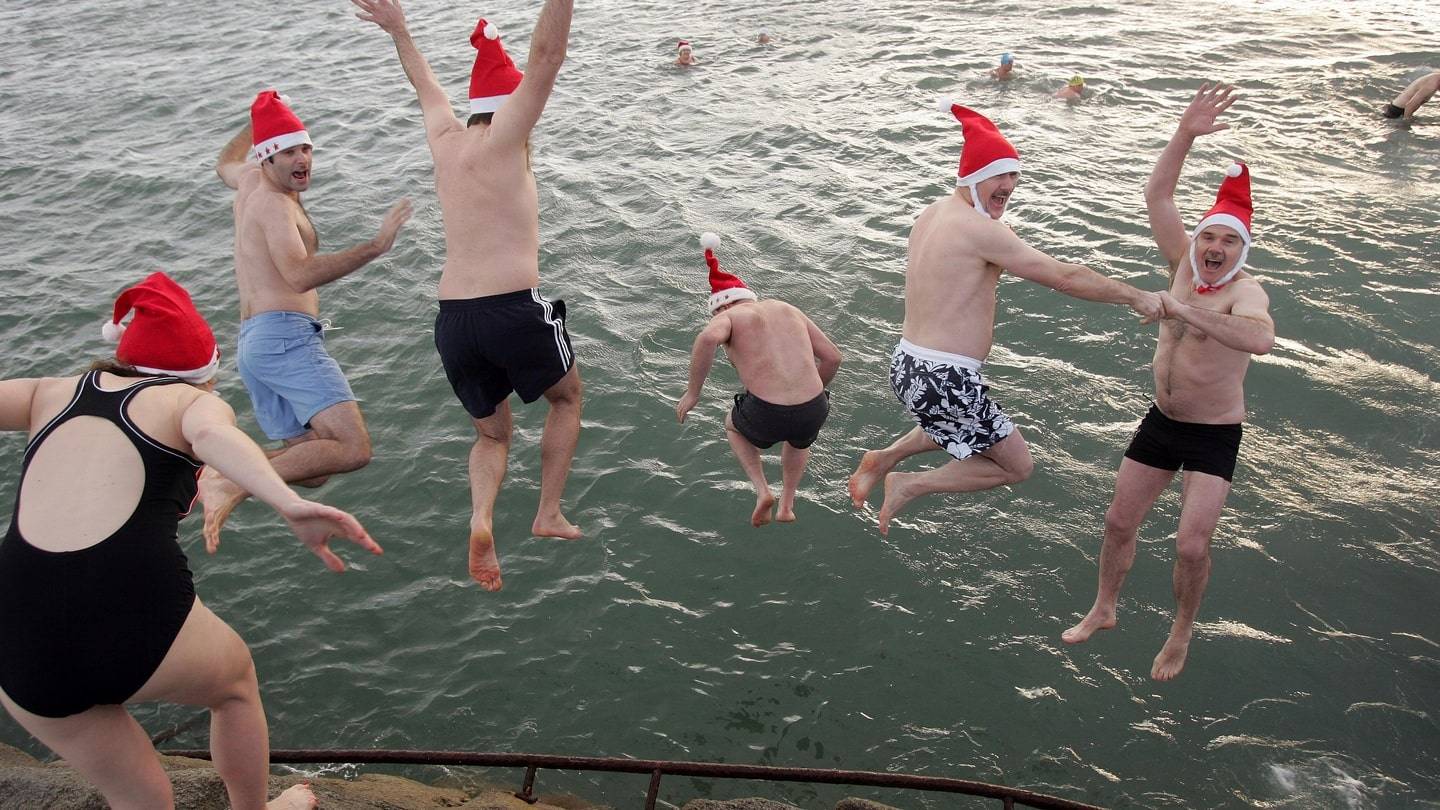 If you’ve had one too many tipples on a Christmas Eve and want to freshen up for the main event, then what better way than throwing yourself into the icy waters of the Irish sea?

On Christmas Day you’ll find the hardier of the Irish kitted out in nothing but their bathers and a Santa hat running full pelt into the waters, while the slightly more sensible spectators stand by with blankets and hot flasks – hopefully with a dash of Christmas spirit inside!

There are loads of spots across Ireland that make this an annual community event, such as Portstewart in Derry, and Sandycove in Dublin. Amongst the swimmers you’ll find those who have taken on the challenge for charity, and those who simply do it every year for kicks – all of whom probably spend the rest of the day with their toes by the fire and a toasty cup of hot chocolate in their hands.

Candle in the Window 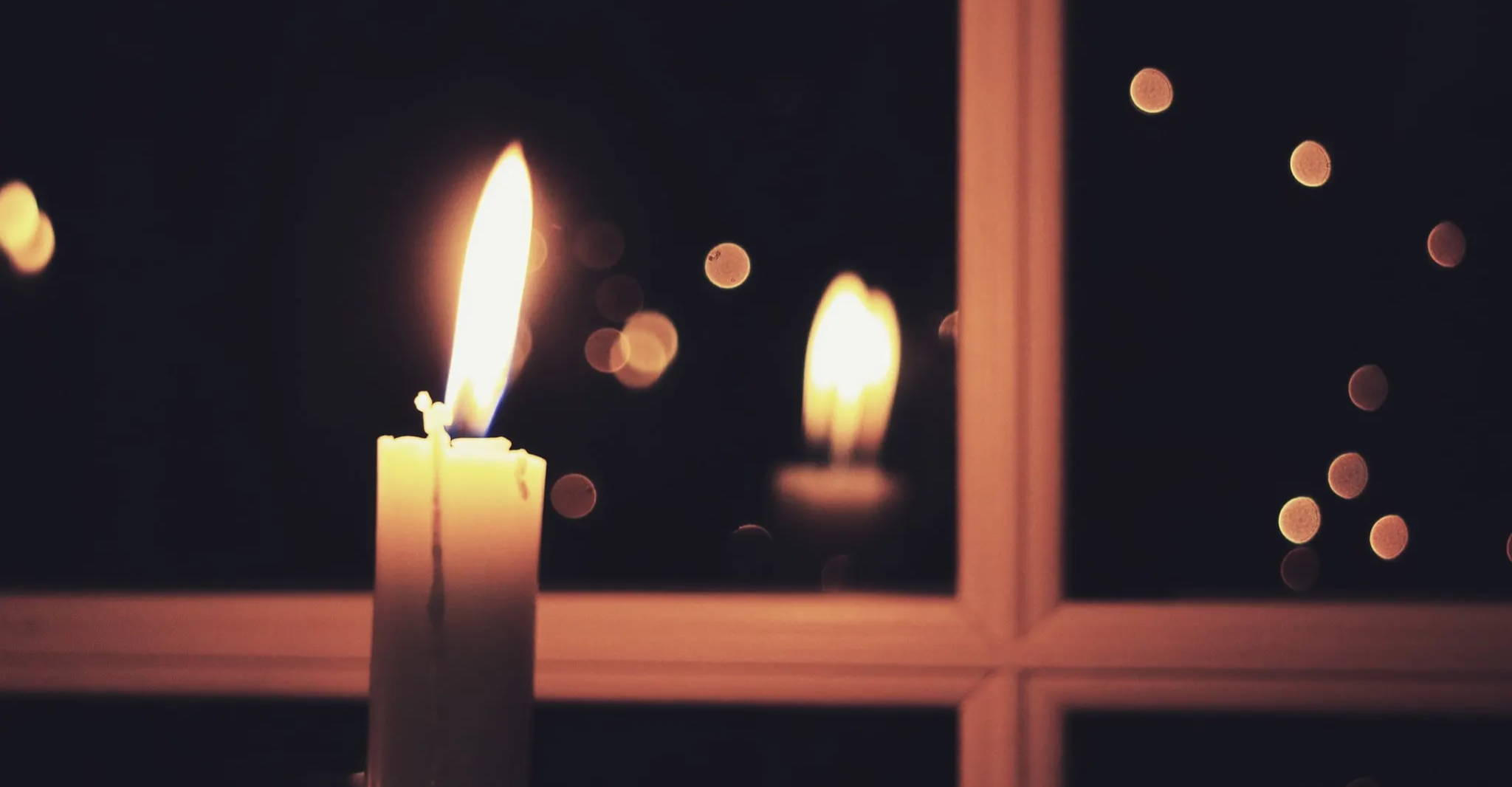 The Irish tradition of lighting a candle in the window on Christmas is one that many of you will already be familiar with, as it was continued by many of our ancestors who immigrated to America in the 19th century.

You have perhaps heard that the flame was there as a symbol of welcome to the Holy Family, as they traipsed round Bethlehem looking for an inn to lay their heads, but historically this was actually a cover up that served a far less romantic purpose.

Brutally oppressive laws were introduced in the late 17th century in an attempt to quash Ireland’s culture, language and religion and succumb the country to British Rule. As you can imagine Catholic priests were particularly persecuted during this time and many went into hiding. The candle on the window was often accompanied by an unlocked door – inviting any passing priest to come in, say mass, and take shelter for a short while.

While the story of welcoming Mary and Joseph may have started off as a story to fob off inquisitive British soldiers – its sentiment still stands. Born from dark times, the candle in our window represents a beacon of light, and all who see it – by foot, donkey, or car – know that warm Irish hospitality can be found within.

If you’ve yet to spend Christmas in either Ireland or the UK, then you probably haven’t come across the delightful experience of Pantomime.

This particular form of theatrical production only crosses our stages around Christmas time, and it’s the ideal family outing. The plays tend to centre around a well-known fairy-tale or fable which has been retold amidst a chaotic blend of topical humour, cultural references and good old-fashioned slapstick.

There’s singing, dancing and plenty of audience participation, with refrains such as “he’s behind you” anytime a villain creeps into the scene; “Oh no it isn’t”, anytime an actor has the audacity to claim something in actual fact IS ; and just general booing, hissing and cheering depending on the character who happens to be onstage at the time.

While the performances are mainly aimed at children, they’ll always be plenty of sly jokes flying over their heads to keep the adults entertained. However, be prepared to duck, as it’s not just witticisms that shoot out left right and centre – water, sweets and treats have been known to be flung into the audience with relatively short notice… 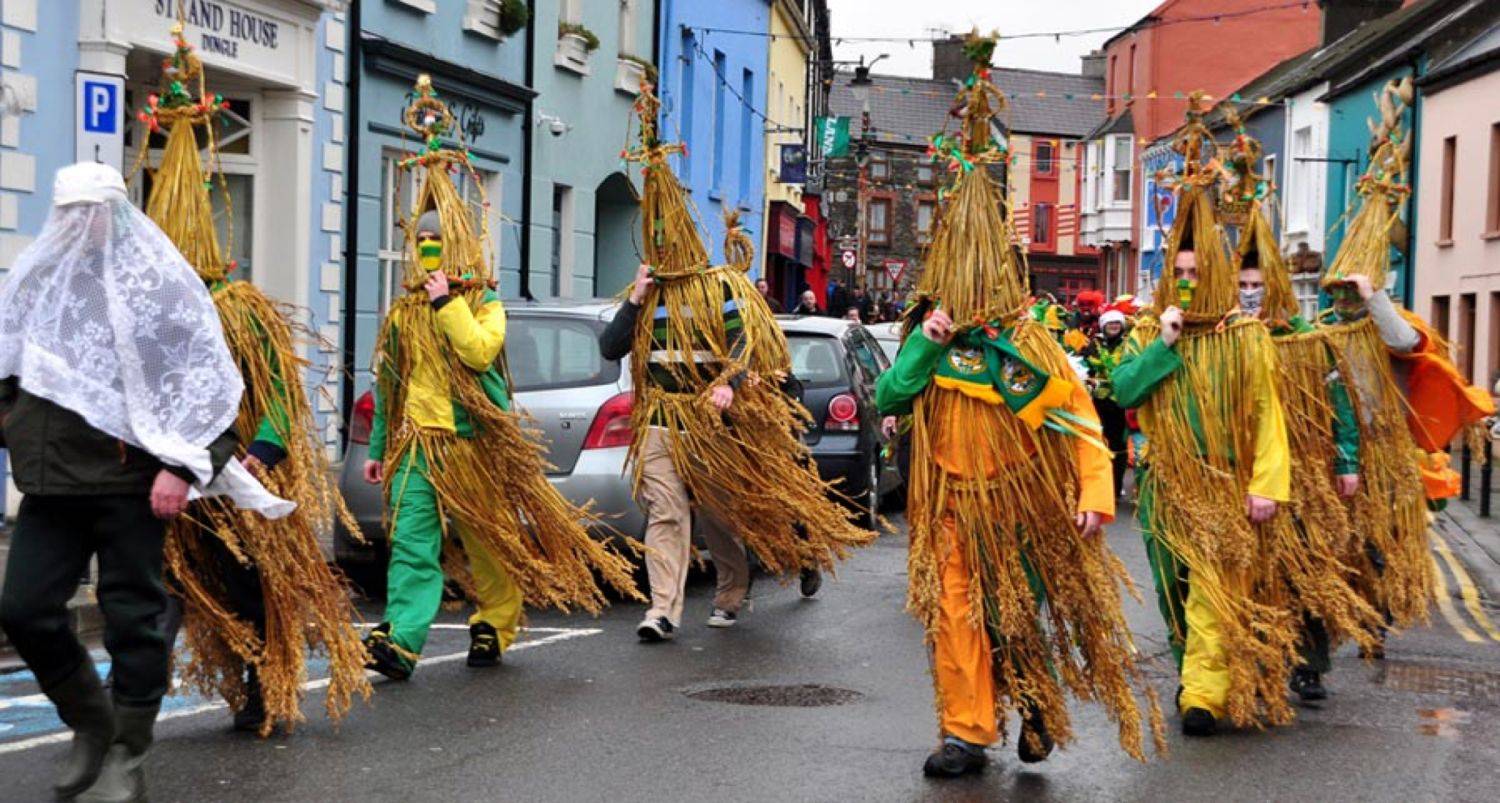 The day after Christmas is often a popular time to partake in a spot of pantomiming, but it’s just one of many activities that are traditional in Ireland on the day of St Stephen.

The day, which is a public holiday in Ireland, is also known as Lá an Dreoilín, which translates as “Wren Day”. In days gone by a live wren was hunted and tied to a pole which was then carried through the streets at the front of a procession of “Wren Boys” who would sing asking for donations from the townsfolk. The collected money was then put towards a big community party one evening in January.

While the tradition is still practiced in kind on St Stephen’s Day in Ireland, it’s far less common – and far kinder to any poor wrens who happen to be hopping by! Processions with people dressed up in old clothes covered in straw still occur in some counties, but it’s mostly an excuse to get out and about to see people.

St Stephen’s Day is also a popular time to go out visiting the houses of family and friends, so perhaps this age-old tradition is where we got that habit! However, we tend to bring boxes of biscuits instead of dead birds these days… 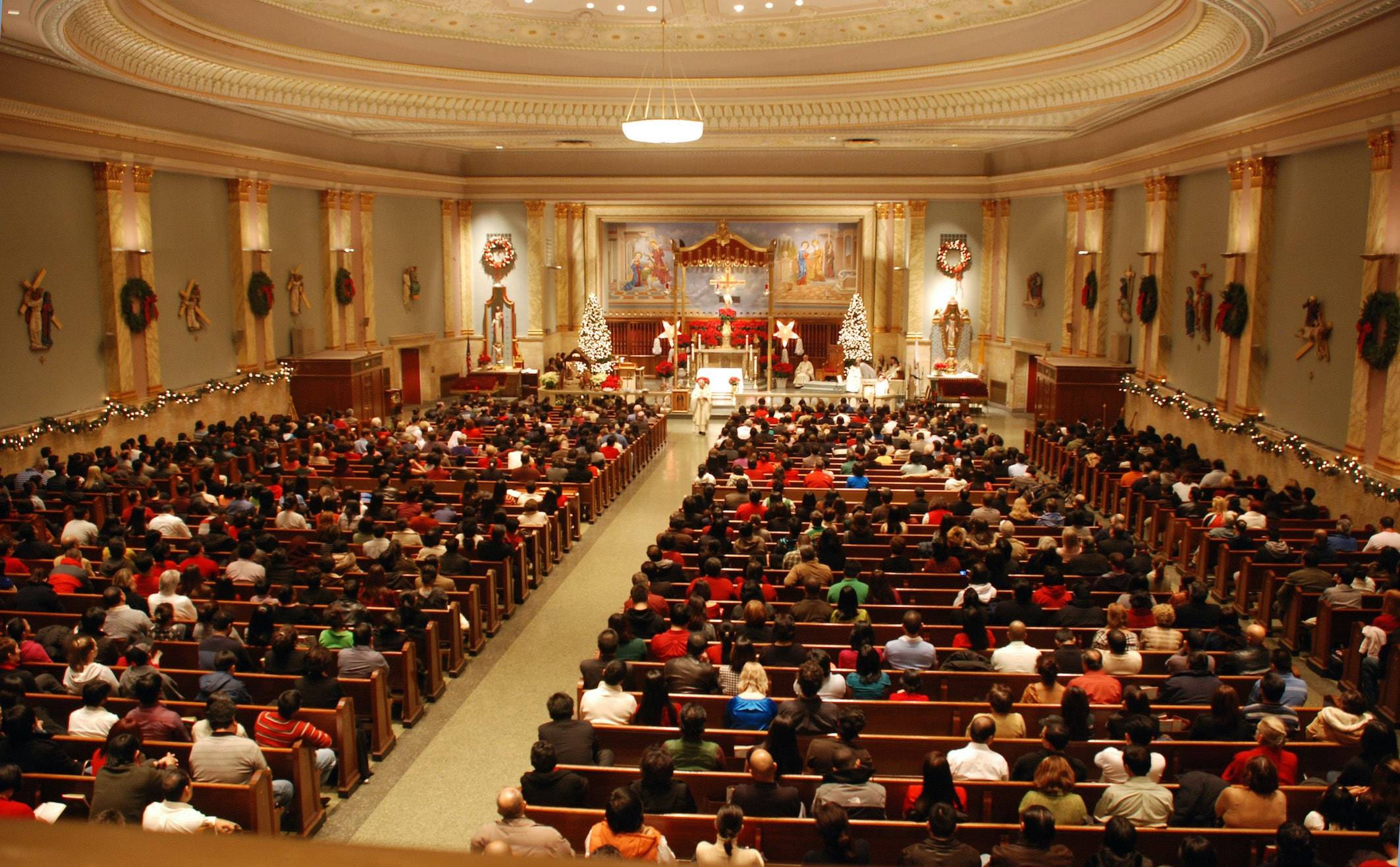 Don’t let the name fool you. Midnight Mass can be pretty much anytime on Christmas Eve that the Parish priest chooses – most commonly at 9pm.

Whatever the hour, churches at the evening Mass before Christmas Day are packed to the rafters, with whole communities gathering together to celebrate the birth of Jesus Christ. The excitement for the day to come is almost tangible, the festive hymns are belted out by the whole congregation, and everyone just seems to be truly joyful. It’s a wonderful experience even if you aren’t religious, and for those that are – it means no getting up at the crack of dawn to drag the kids to Mass before present opening!

The earlier hour does take away from the anticipation of celebrating the moment the clock strikes 12 with all those around you, but on the plus side it means that all of the children can attend – and let’s be honest, nothing ramps up the Christmas feels than a bunch of hyper children running between the pews! 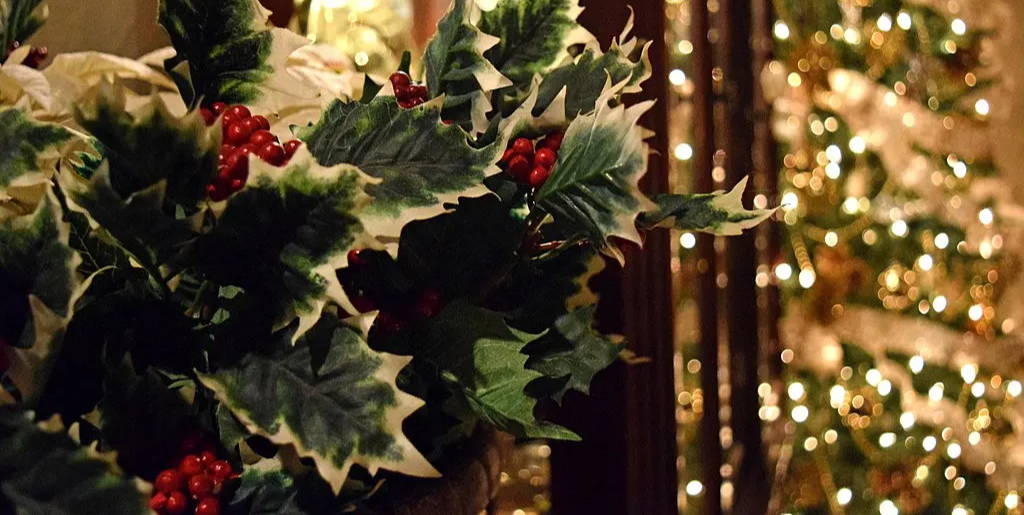 Decking the halls with boughs of holly is probably a tradition that you’re already familiar with, but did you know that it has roots in the Emerald Isle?

The traditional ‘Christmas tree’ is a relatively new phenomenon in Ireland, and before the magnificent fir crept into our culture, a wreath of holy used to do the trick just fine! These festive bushes grew in abundance in Ireland, allowing families rich and poor to brightly decorate their homes with ease.

While this practice started out with the Celtic Druids who believed the seasonal shrubbery to have magical protective properties, its symbolism has since been adapted for a Christian purpose. It is said that the spiky leaves represent the thorns of Jesus’ crown, while the red berries stand for the droplets of blood that were spilled on the day of his death.

A slightly more cheerful interpretation of the radiant fruit is that the more you have, the luckier you will be in the coming year!

If you’re looking to add an authentic Irish twist to your Christmas this year then don’t miss out on our ’12 Days of Christmas Box’, which will arrive just in time to put you in the festive spirit.