With this month’s theme of Spinning a Yarn, we’ve been focusing a lot on the beautiful woollen products that are weaved through both Ireland’s culture and markets. Today, however, we’re going to head back to the flock, to learn about the animals from which the yarn spins.

Sheep are one of the most common farm animals in the world, so we often take them for granted, but in reality they are surprisingly fascinating - especially when it comes to their role in Irish heritage.

So, we’ve herded up some of our favourite facts for you to enjoy and if you can think of any more head to the comments at the end of the blog – it’d be baa-utiful to hear them! 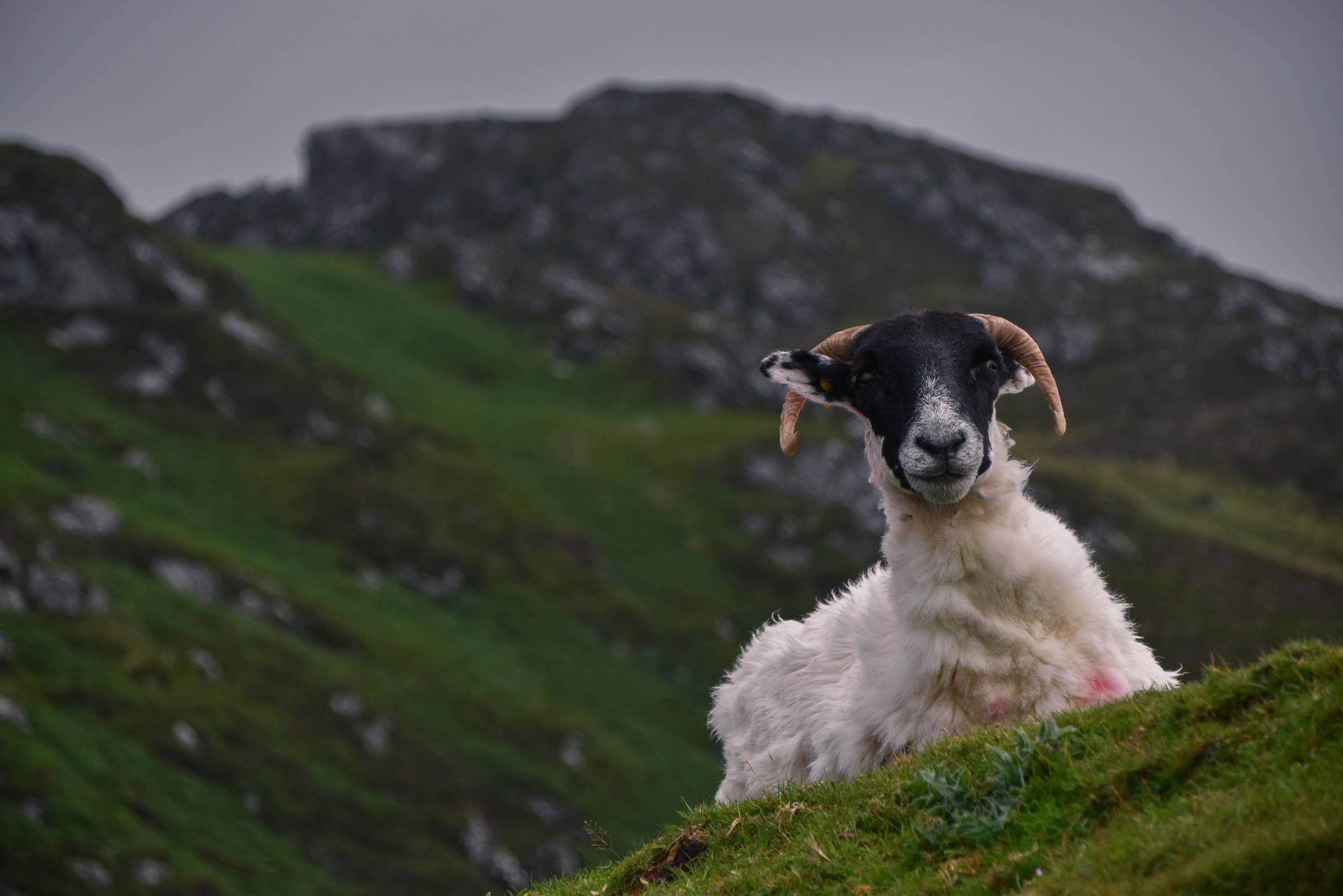 1. There’s nearly as many sheep as people in Ireland

According to the 2019 censuses, the population of both Northern and the Republic of Ireland totals at around 6.79 million. That means, with a combined head count of 5.78, there are just one million less of our woolly friends roaming the 32 counties then there are people!

2. Donegal is the Most Sheepish County

Of these 6.79 million sheep, more than half a million of them reside in Donegal, making it the most popular grazing ground in the Republic of Ireland. Despite Donegal being amongst the larger counties, it’s still pretty densely packed with flocks – with an average of around 108 sheep per square kilometre.

If you’ve ever been to the more rural parts of Donegal you’ll appreciate that sheep are very much part of the landscape, and an authentic view of the countryside isn’t complete without a few fluffy clouds dotted here and there.

Woe betide you if you get stuck behind a line of them on a country road though… they know who rules the roost. 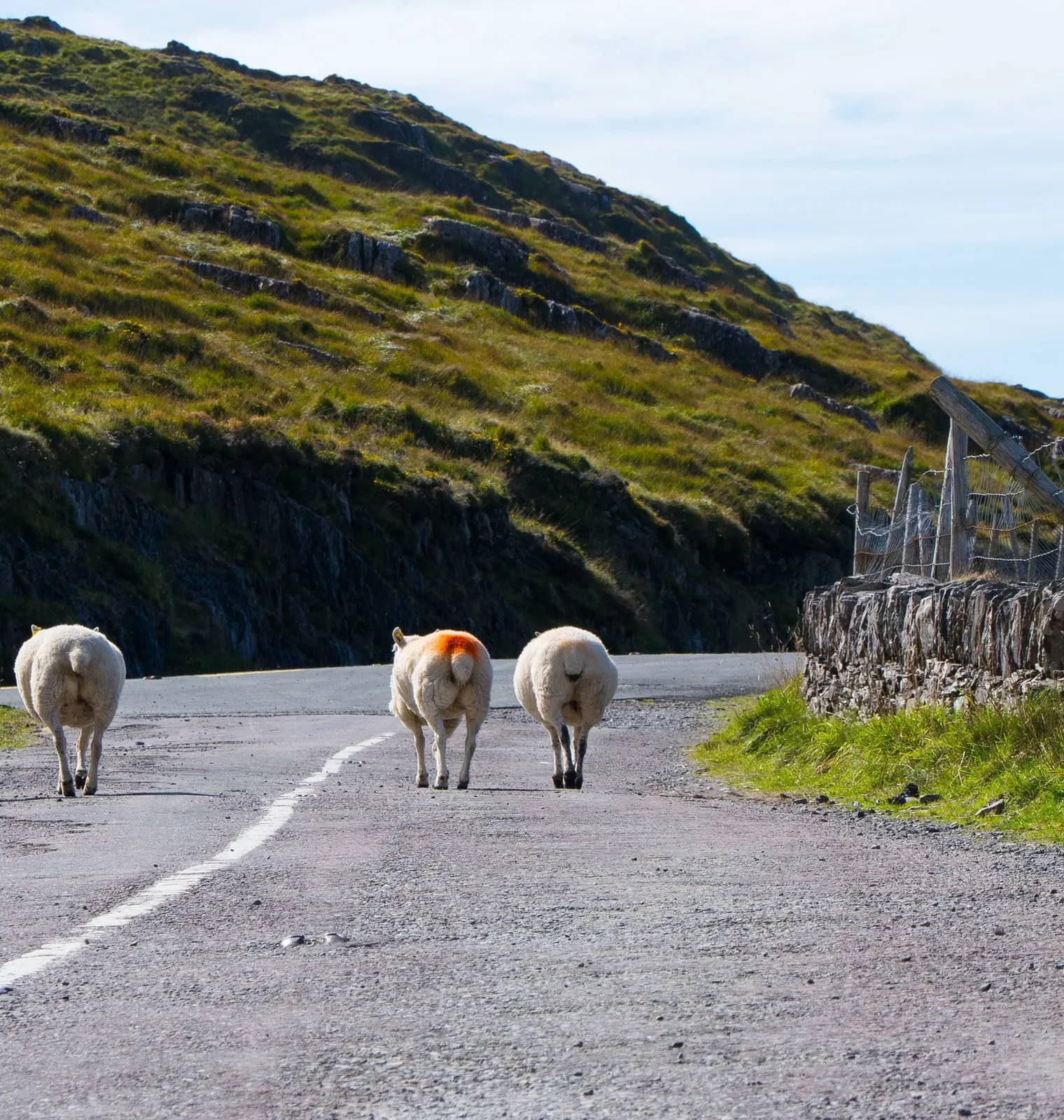 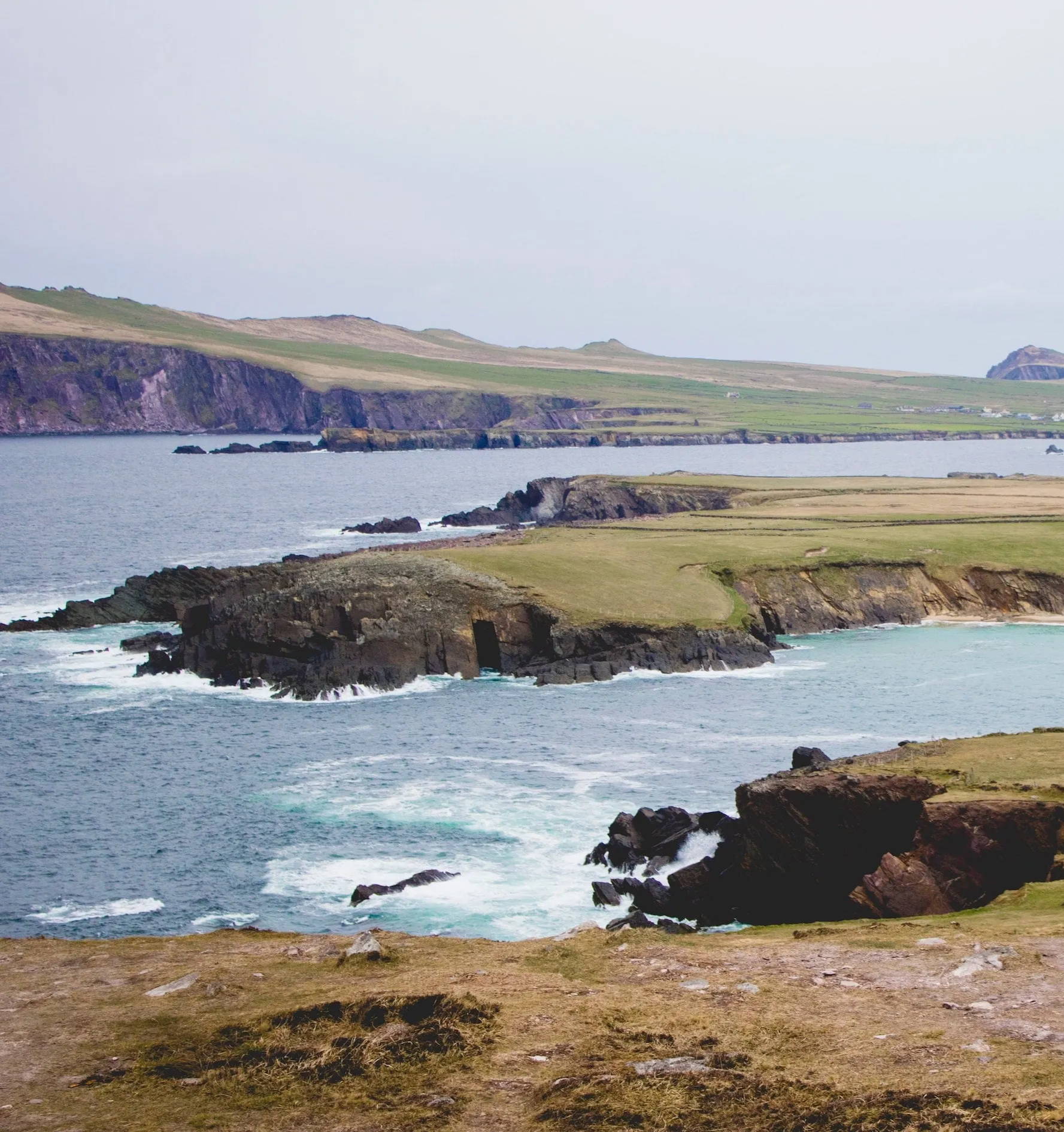 3. 6000 Years of Getting our Teeth into Sheep Farming

Between 1985 and 1987 an excavation took place on Ferriter’s Cove on the Dingle Peninsula, foraging for evidence of a Neolithic settlement.

What was actually revealed was proof of human inhabitation as far back as the Mesolithic period, which is an even older phase of the Stone Age. Amongst findings were a flint knife, cattle bones and a single sheep’s tooth.

This little gnasher was carbon dated all the way back to 4350 BC, making it and its surroundings the earliest confirmation of farming life ever found in Ireland or Great Britain. This means the Irish have been farming sheep for more than 6000 years! 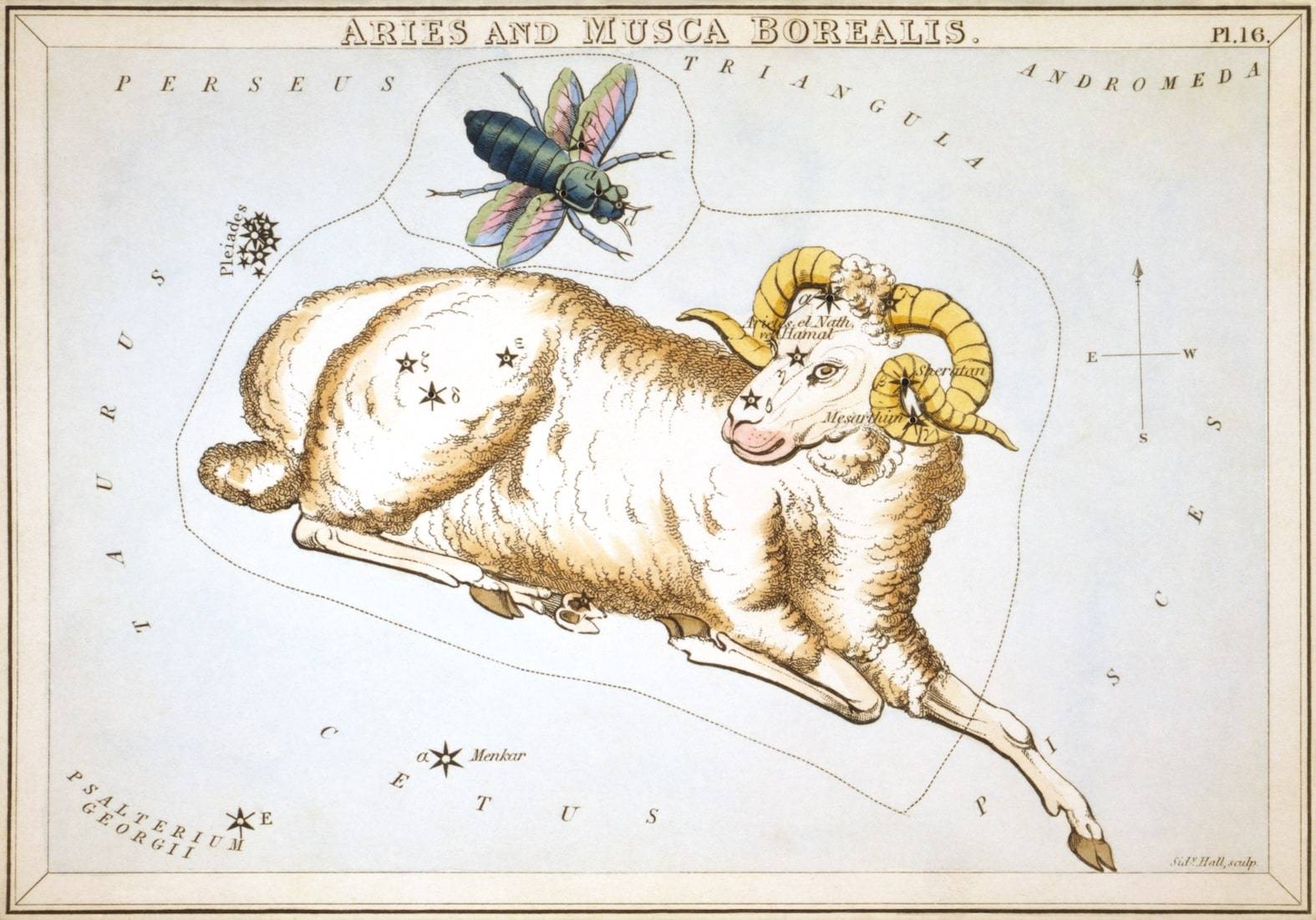 4. They’ve Been Leading the Way for Millennia

Sheep were actually one of the very first animals to be domesticated and have been engrained in human life from as early as 11,000 BC.

All across the world you can see how these versatile creatures have crept into our culture, from Aries (the first sign on the Greek Zodiac), the Year of the Sheep in the Chinese calendar and even the deities of the Ancient Egyptians, many of whom were depicted with the head of a ram.

While the cultural reference to sheep in today’s day and age may be less favourable, there’s no denying that they’ve inspired humans to do more than just make cosy jumpers.

In general, carting your flock off to public places for a picnic is a no-no. Unless of course you’re Bono…

He, along with the rest of U2, has been granted Freedom of the City of Dublin which bestows ancient Irish privileges, one of these being the right to pasture sheep on city commons. Bono and Edge wasted no time in exercising their rights (or sheep) and were seen taking a stroll round St Stephen’s Green with a couple of lambs the day after they were honoured. 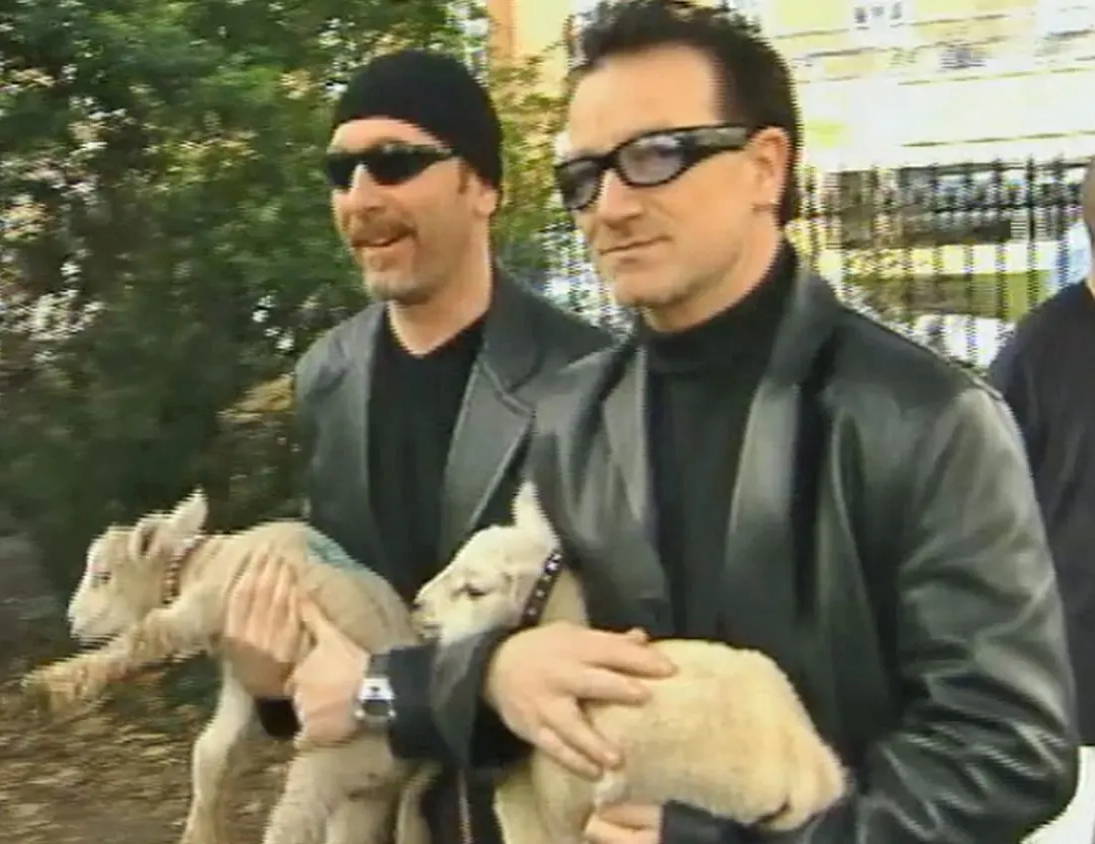 6. Our Sheep Are Ex-Pats

When we think of sheep, we most likely imagine the fluffy cloud coats and black faces that we see on tv and in cartoons. This actually depicts the most common breed in Ireland, the blackface mountain sheep.

These flocks are hardy and nimble, with thick coats to wear out harsh weather and are well suited to Irish conditions. Which is exactly what occurred to the British landlords when they imported them over from Scotland in the late 19th century.

These Scottish settlers soon immersed themselves into the Irish gene pools, and many of the flocks you see in Ireland will be directly descended from this time. 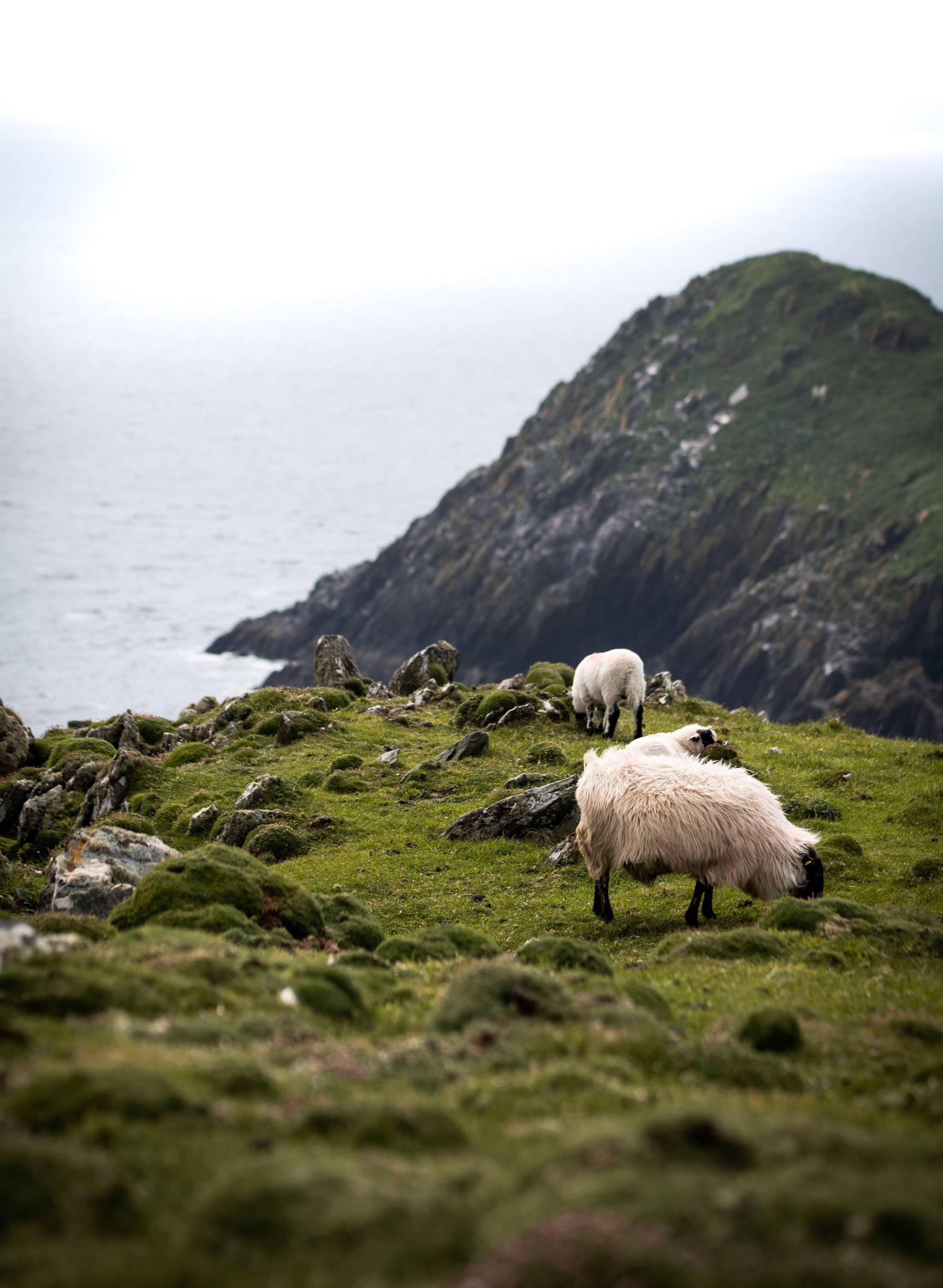 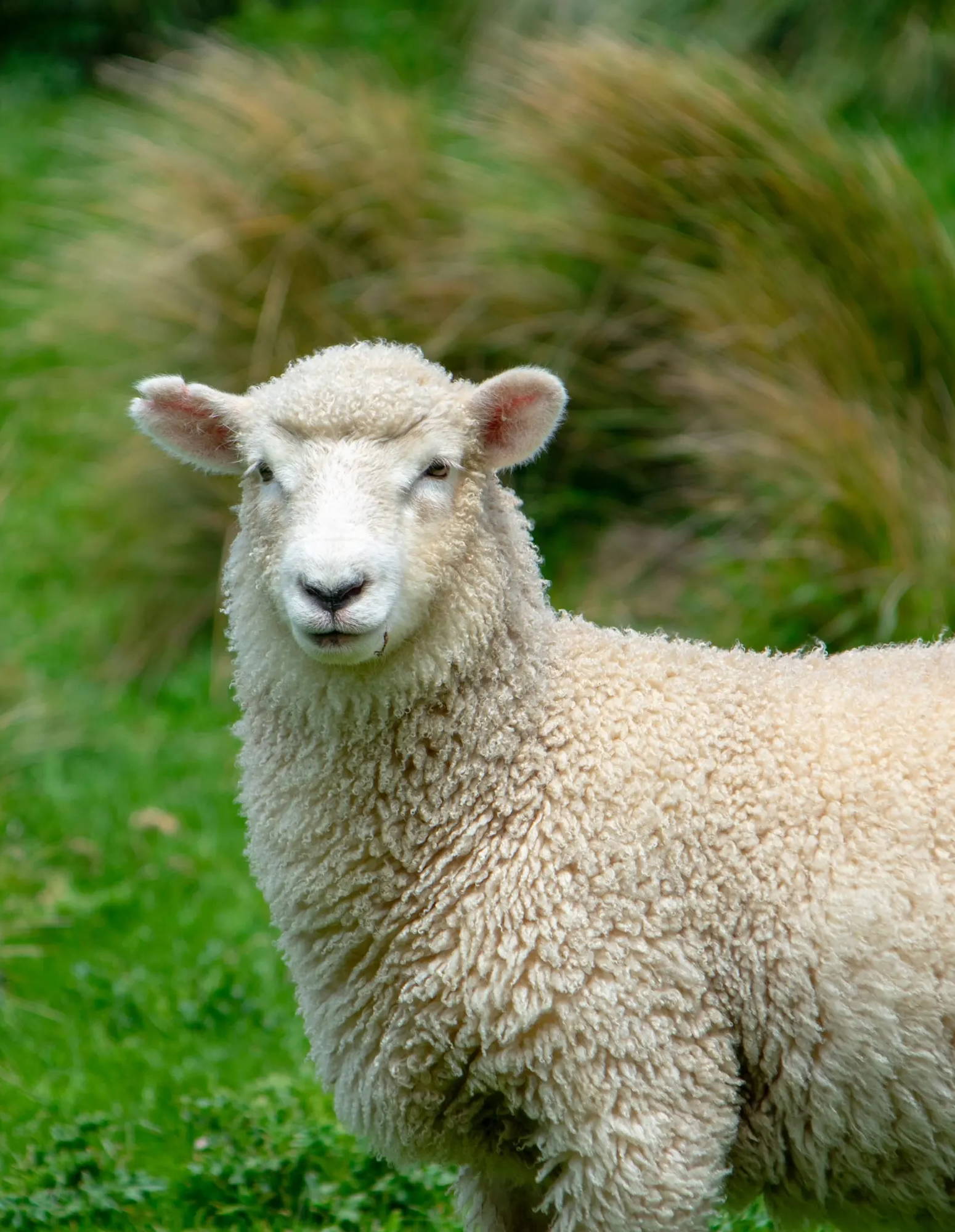 While sheep of the truly indigenous variety might be in low supply, there is a breed which originated in Galway which is still thriving today.

Galway Sheep are certainly not an everyday occurrence, and there is thought to be roughly 40 flocks in all of Ireland – comprising of less than 1000 ewes. However, in 1923 The Galway Sheep Breeders Association was established which promotes the conservation and growth of this particular type of flock.

Galway Sheep are thought to be Ireland’s only remaining truly native breed, and have been granted ‘Rare Breed Status’ as an acknowledgement of their significance to Irish agricultural heritage.

The sheep are hornless and can be recognised by their white faces, and long, fine textured wool – which is extremely popular with hand spinners producing clothing of exceptional quality.

8. They have eyes on the backs of their heads

Well… not really. But with a 300-degree range of vision they don’t really need them. Sheep’s eyes are placed on either side of their heads, allowing them to see over their shoulders without having to turn around. However this comes at the cost of not being able to focus particularly well on what is in front of them, which gives them pretty poor depth perception.

Still, they have an excellent sense of both hearing and smell - so you’d be hard pushed to sneak up on a sheep from any direction. 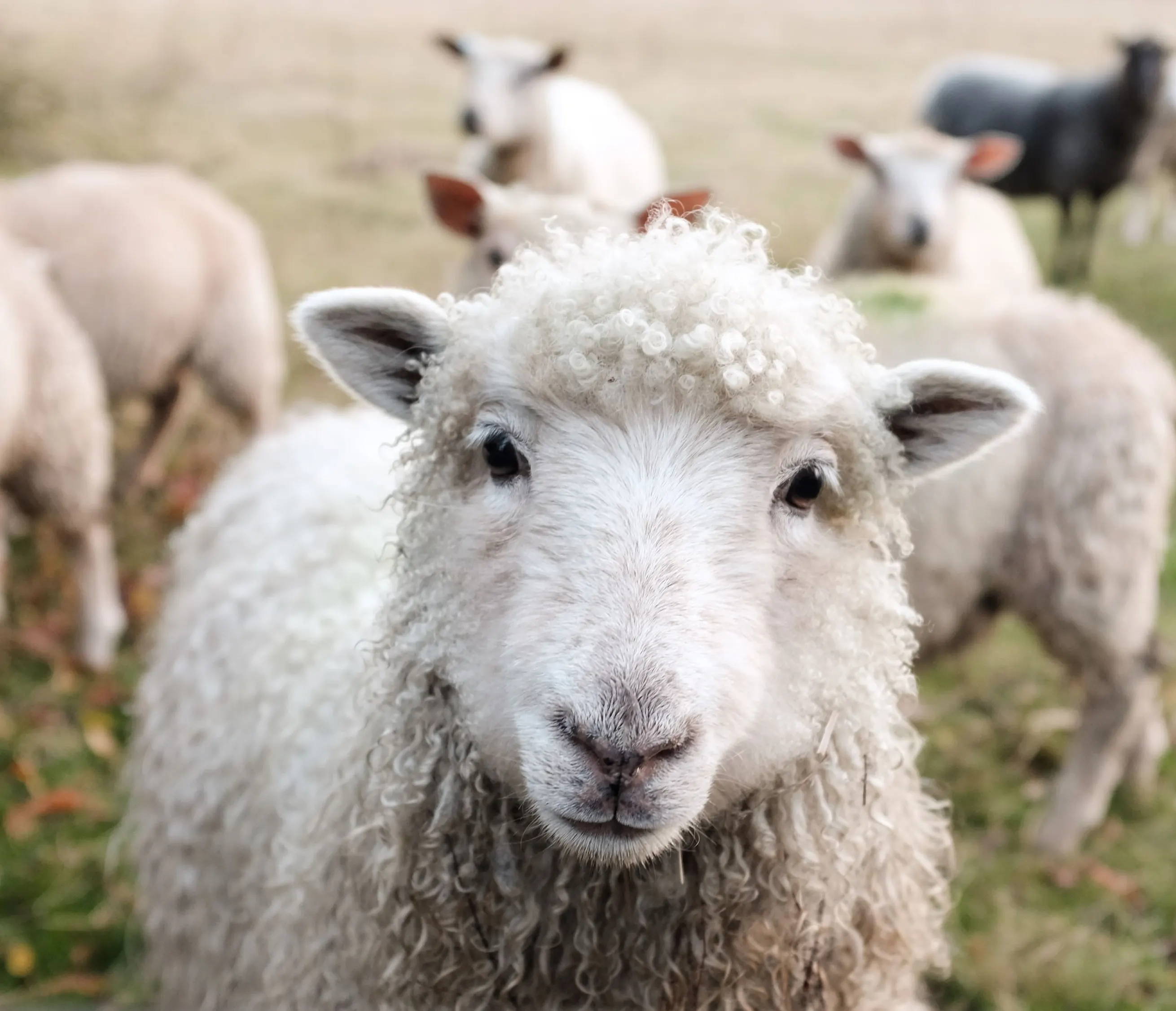 It’s a popular misconception that sheep are dim-witted, however recent studies have shown that they are much more intelligent than we give them credit for.

It has been revealed that sheep are able to remember and recognise up to 50 different faces, of both humans and other sheep, and will react to this face according to their memory of it.

It’s perhaps because of this that sheep develop meaningful relationships with other, seeking out their best friends to spend time with, being sad when they are without one another and even fighting in defence of their buddies.