Discovering a new series to obsess over is always a welcome gift, but with so many of us confined to our homes amidst the pandemic – we could all do with some trusty TV escapism more than ever!

Re-runs of ‘Friends’ certainly have their place in all of our TV schedules, but if you fancy shaking up the programme – look no further than the Emerald Isle.

Ireland has a huge host of television shows, from the classic to the contemporary, that are worthy candidates for a good old bingeing session while we’re stuck in quarantine (or even just on a normal Friday night – no judgement here).

We’ve picked out a bit of something for everyone in the list below, with some strong contenders for your ‘To Watch’ pile, perhaps not for the first time!

If we missed out a favourite of yours, be sure to let us know in the comments – we’re also keen for a few box set recommendations… 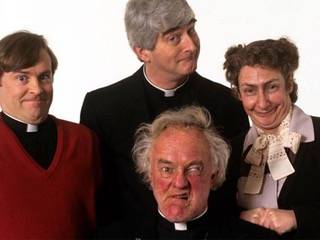 Father Ted is truly the only way to start this list. The hilarious antics of the Craggy Island residents have captured the hearts of viewers all over the world – giving Ted and his gang something of a cult classic status.

This iconic Irish sitcom will have tears of laughter in everyone’s eyes.

The comedic mishaps and schemes of Father Ted, his dotty sidekick Father Dougal, and unwitting participant Father Jack have built a bridge in generational humour – making this a perfect family show, portraying good (mostly) clean fun at its finest. 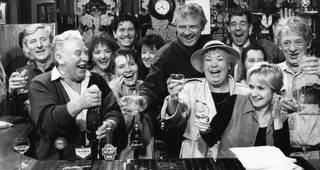 Whilst you’re taking a trip down memory lane, Glenroe may not be on our screens any more – but the County Wicklow based soap is definitely worth digging out of the archives for nostalgic purposes.

The show began as a spin-off from the Irish drama series ‘Bracken’, but 18 years later – Glenroe had far outlasted the 12 episodes of its precursor.

Much of the action centres around the Byrne and McDermott families, partly following the dramatically destined relationship of Miley Byrne and Biddy McDermott all the way to the altar and beyond. That coupled with endless rural scandals, emotionally investable characters, and a good few pints at the local Molly Malone - and you can’t go wrong.

Due to its airing on a Sunday evening, “The Glenroes” became an Irish synonym for the ‘Sunday evening dread’ – but don’t let that fool you. Glenroe and its residents had a top spot from when it started in 1983 until its final episode in 2001 – in both Ireland’s TV charts and hearts. 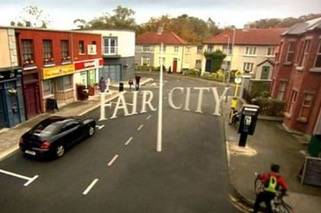 If you’re a fan of soaps of the more cosmopolitan persuasion, the drama unfolding in Fair City could be more to your taste.

Set in the fictional town of Carrigstown in the suburbs of Dublin, Fair City follows the daily trials

and tribulations of its characters – from minor tiffs to cold-blooded murders and everything in between.

It doesn’t have the high production value of a lot of today’s more recent programmes, but with an average of over half a million viewers it remains Ireland’s most-watched drama. Like all good soaps, it’s a worthwhile guilty pleasure – and its 25-minute episodes are perfect for a quick rest with a cuppa (or for rattling through 15 of them in one sitting – the choice is yours).

The good news is that the show is in its 30th year and still going strong, so you can either go back to the start for hours of backdated entertainment or jump straight into the current dramas unfolding in Carrigstown. 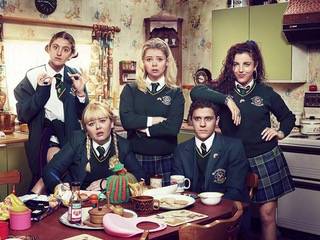 Going north of the border, Derry Girls is the 21st century’s answer to Father Ted – and it’s downright delightful. The show follows a group of Irish Catholic schoolgirls (and one ‘wee English fella’) through their experiences of growing up in heart of the Troubles in Northern Ireland.

This sounds like heavy watching, but writer Lisa McGee has mastered the Irish art of dark comedy and has viewers laughing from start to finish as car bombs, IRA threats, and the Orange Order take a backseat to the trials and tribulations of teenage life.

If you grew up in Ireland or went to Catholic school, you will find some of the situations hilariously relatable - from the dreaded wooden spoon to the compulsory prayers at all school events. And just when you think you’ve got the show sussed, it offers up a beautifully poignant moment to make you take a step back.

There is already a third season scheduled for later this year, but once you start we bet you’ll have watched the first two instalments multiple times before it drops. 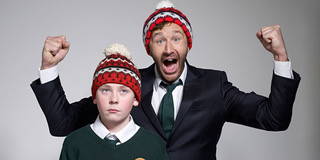 Moone Boy is another charming coming of age comedy, which focuses on the life and musings of 12-year old boy and his imaginary friend (played by Chris O’Dowd).

Set in the west coast of Ireland, and partly autobiographical of O’Dowd’s own childhood experiences – Moone Boy conveys life from the perspective of the dim-witted but truly loveable Martin. The ins and outs of primary school life might not seem like the most enthralling topic for a series, but the presence of the well-meaning mentor makes for a wonderful blend of carefree youth and adult caution, resulting in some entertaining (and often cringeworthy) escapades.

If you’re up for a chuckle and some good old fuzzy feelings then this is definitely the show for you but try not to get TOO attached to the characters – there are only three seasons after-all! 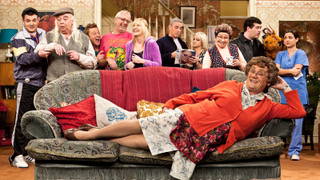 You’ll either love this show, or hate it, but with multiple awards, sky-high viewership and a spin-off movie – it would seem that quite a few of us belong to the latter category.

Agnes Brown was originally a skit character created as part of Brendan O'Carroll’s stand up comedy routine, and the concept of Mrs Brown’s Boys had been a radio show, a pantomime, a book series and a set of straight to DVD films before it was commissioned as a series in 2009.

The premise of the show follows a boisterous but well-meaning Irish Mammy (O’Carroll) as she interferes in the lives of her six children and everyone else around them – resulting in hilarity and profanity each and every time.

The programme stars a lot of O’Carroll’s own family and friends, resulting in a comic chemistry that is quite unique, with improv and bloopers being a huge part of the show’s appeal. 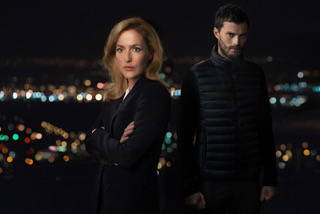 In the mood for something with a little more grit? The Fall is a binge-worthy detective thriller, with a twist – the audience knows exactly whodunnit.

Detective Superintendent Stella Gibson is seconded from the Metropolitan Police to lend her expertise to a murder investigation in Belfast.

The serial killer, who has been preying on the city’s young women is Paul Spector (played by Jamie Dornan) and has no intention of being caught.

The Fall takes the classic cat and mouse chase and turns it on its head, developing the character of the hunter, while simultaneously offering insight into the perverse mind of the killer as he eludes his would-be captor.

If you’re tired of the same old police plots, this offers a refreshingly original perspective – with psychological cliff-hangers aplenty! 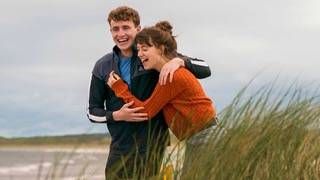 This Irish drama series only just landed at the end of April this year, and it’s already a hit – with over 16.2 million people downloading episodes from BBC iPlayer in the first week (also available on Hulu for those of you across the pond).

Based on the novel by County Mayo born Sally Rooney, Normal People follows the intermingling lives of Marianne Sheridan and Connell Waldron from their final year of school in rural Sligo to embarking upon University life at Dublin’s Trinity College.

Wealthy loner Marianne and popular athlete Connell are drawn to each other across restrictive social borders and what starts as a hidden high-school romance, develops and weaves into a complicated and intense tale of an enduring first love.

Prepare to be charmed, agonised, hopeful and, above all else, to fall in love.