Irish Couples Through the Ages The world seems to love an Irish character, so it makes sense that doubling up would prove to be popular with the masses!

There are many couples, both real and fictional, who have cemented their place in Ireland’s culture whether their love be true, tragic, or just plain old relationship goals. With this month’s box focusing on the concept of ‘Grá’, Ireland’s expression of love, I thought it would be a good time to explore some of the dynamic duos who represent an Irish love – each in a very different way from the next…

From the spoken legends of centuries before, to the celebrity culture of today - here is my list of Ireland’s power couples through the ages:

The romance of Diarmuid and Grainne is one of legendary status, and elements of this star-crossed lovers’ tale date back to well before the penning of Romeo and Juliet.

Grainne, daughter of the High King Cormac mac Airt, was chosen for and promised to the great warrior Fionn mac Cumhaill, on account of her unparalleled beauty. However, upon meeting her future spouse and discovering he was older than her own father, the princess set her eyes on a rather younger member of the Fianna – the brave and handsome Diarmuid.

At the engagement feast, the resourceful (and determined) Grainne slipped a sleeping draught to all of the attendees apart from herself and Diarmuid. While the guests slumbered, she beseeched the focus of her infatuation to run away with her. Initially, out of loyalty to his leader, the warrior refused – but it didn’t take long for Grainne to work her magic (literal or metaphorical, depending on which version you come across) and convinced him to join her in an arduous yet amorous journey to escape the wrathful clutches of Fionn.

While the story doesn’t have a happy ending per se (a lot of pretend reconciliations and being gouged by angry boars) the two did achieve a time of happiness together, living peacefully in Sligo with their five children. 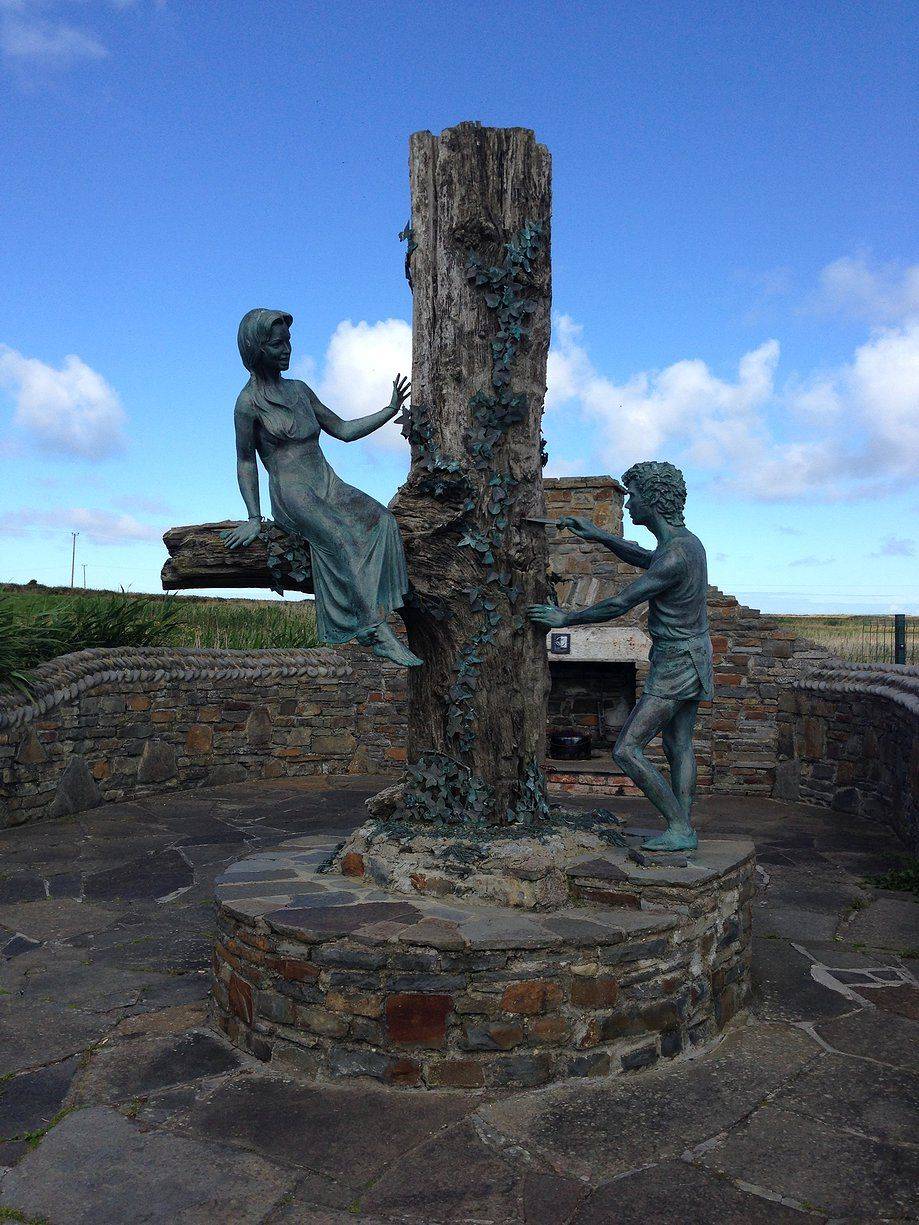 Although the story is one of epic romance, generally speaking honeymooning across Ireland is more idealistic when you’re not being pursued by a vengeful Irish warrior… 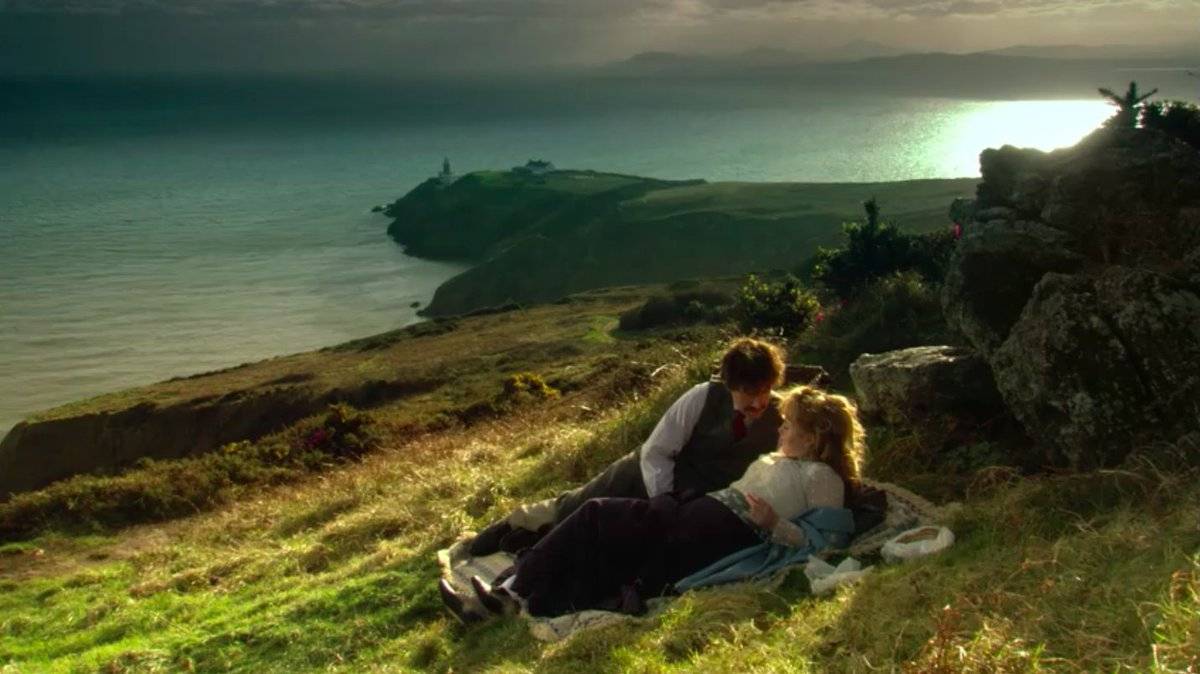 It took a tumultuous journey through the streets of Dublin, and an infamously confusing trajectory through the minds of its readers – but entwined through the pages of Ulysses is one of the greatest love stories in Irish literature.

Leopold and Molly Bloom’s marital issues linger throughout the novel’s entire narrative, but the final words of Molly’s soliloquy and Ireland’s epic tale – “yes I said yes I will Yes.” – is her affirmation of their vows, their marriage and their love.

It’s not clichéd love at first sight, or a dramatic whirlwind romance, but rather the enduring affection of a long-term couple, the realisation that what you have is more than what you fantasise about, and that real love will always be stronger that the fleeting excitement of whatever else could be out there.

Now this literary pairing aren’t a couple in the traditional sense, but it is not just romance that makes for an extraordinary duo.

The two provide the main characters and dialogue for Samuel Beckett’s ‘Waiting for Godot’, which the playwright himself describes as a “tragicomedy in two acts.” While the play itself is a masterpiece of theatre, entertaining the audience in the abyss of very little action, ‘Didi’ and ‘Gogo’ as they affectionately dub each other form two parts of a whole in their interactions with one another.

Vladimir concerns himself with metaphysical matters and is clearly the more intelligent of the two shabbily clad gentlemen, while Estragon is far more preoccupied with more physical issues and is driven by intuition rather than knowledge. 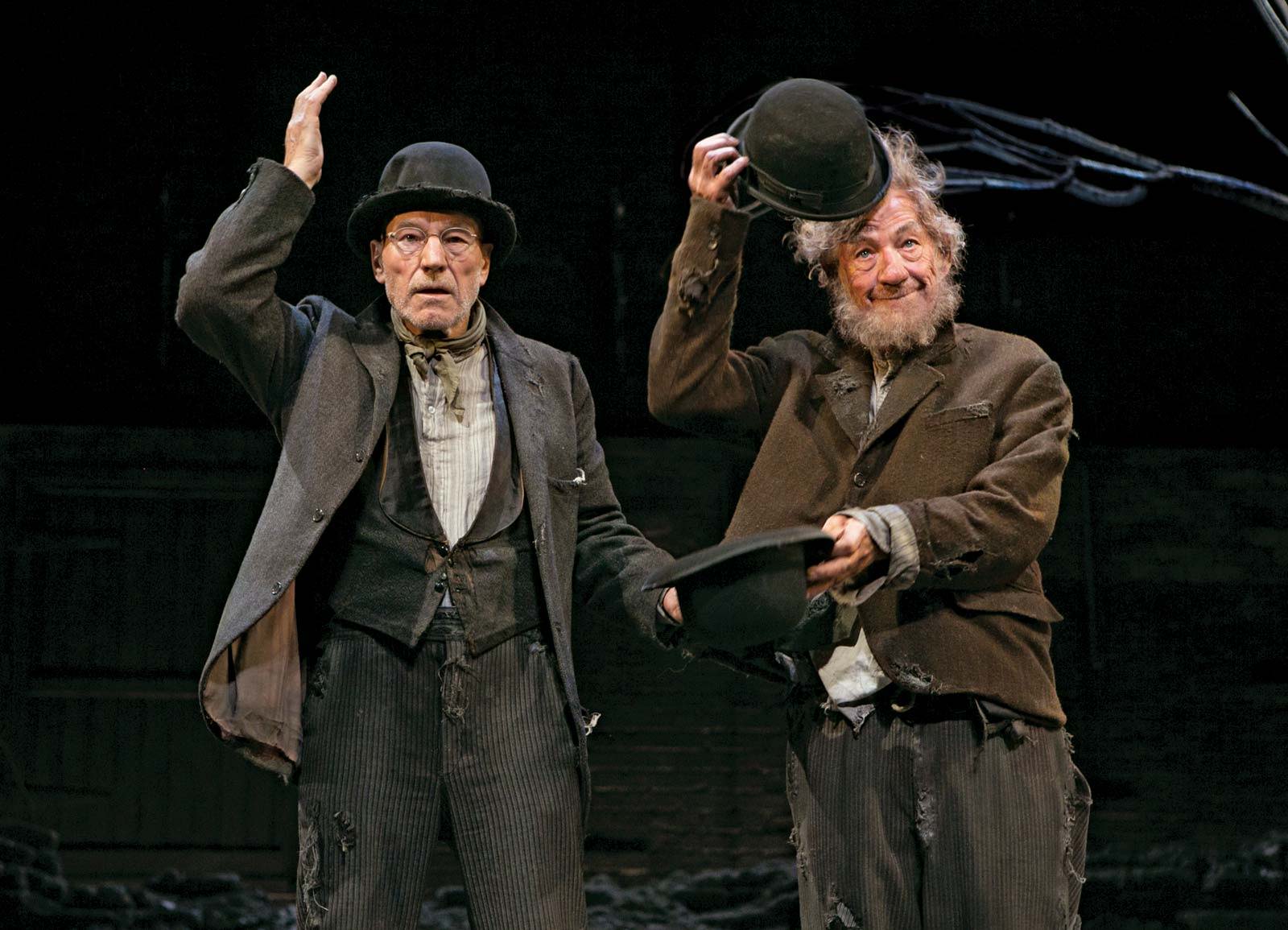 The possible meanings behind ‘Waiting for Godot’ have been discussed at great length with no definitive answer being offered (that would be beside the point), but there can be no doubt in anyone’s mind that Vladimir and Estragon belong together. They are the Ego and the Id, the parent and the child, and Ying and Yang all at once, they don’t need to have a romantic connection to complete one another.

After all, if looking out for another’s needs above your own while you wait for some existential meaning that may never come isn’t love, then what is?

If you were into your Irish Soaps in the eighties and nineties, then you couldn’t fail to be enamoured by the love at the heart of the ever-popular ‘Glenroe’ television series. 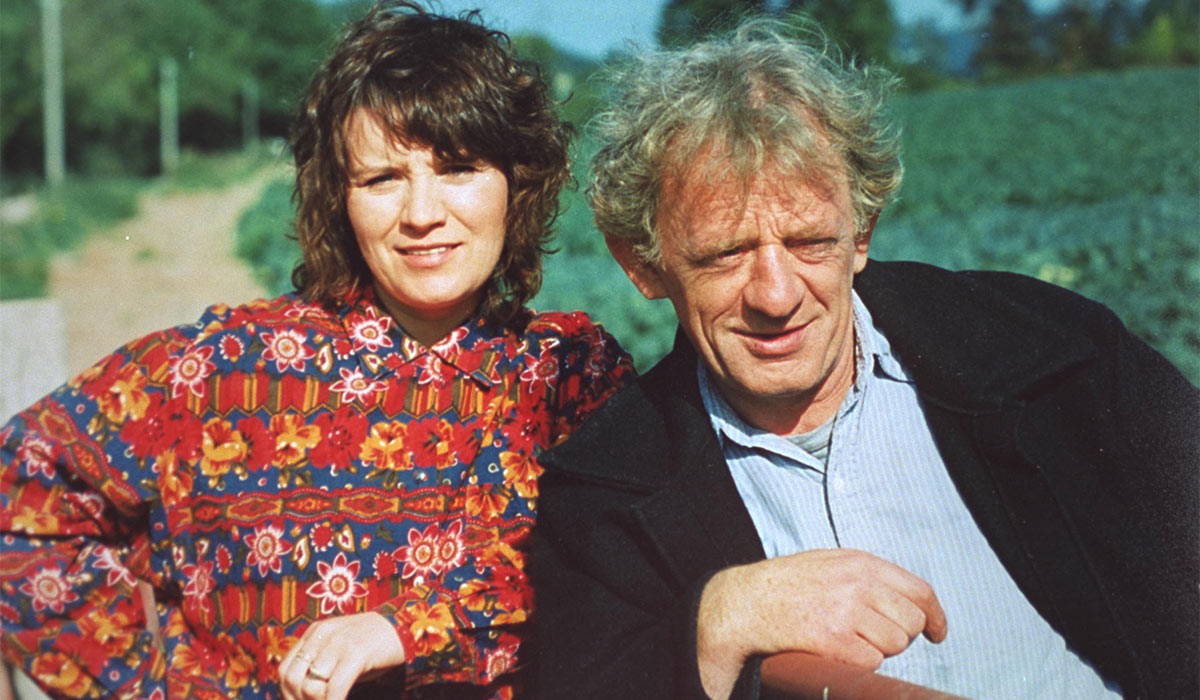 Biddy Mcdermott and Miley Byrne shared their very first kiss at the end of the first season, and from there the wholesome relationship progressed and prevailed through eighteen years of twists, turns and drama.

Not to say that the two weren’t subject to their own share of scandalous storylines, but in the end The Byrnes were the heart and soul of the programme, and *spoiler alert* were separated only by Biddy’s death in the penultimate season of the show.

The coming-of-age romance novel ‘Normal People’ written by Sally Rooney, captured the romantic imagination of the world last year, with the BBC Three drama series hitting our screens in 2020.

Marianne and Connell’s bond blossoms from friendship to romance, as they tackle the complexities of their relationship while trying to navigate their peers, education and family troubles. The strength of their love is constantly pitted against the fragility of their surroundings and it’s an engrossing battle from start to finish.

While we all know teen love tends to be heavily romanticised and embellished on the big screen, Marianne and Connell innocently encapsulate the awkwardness of being teenagers while coping with feelings that are far beyond their own emotional maturity. Their tender blend of naivety and determination has won the hearts of ‘Normal People’s’ audience, and has the world rooting for them ahead of season 2… 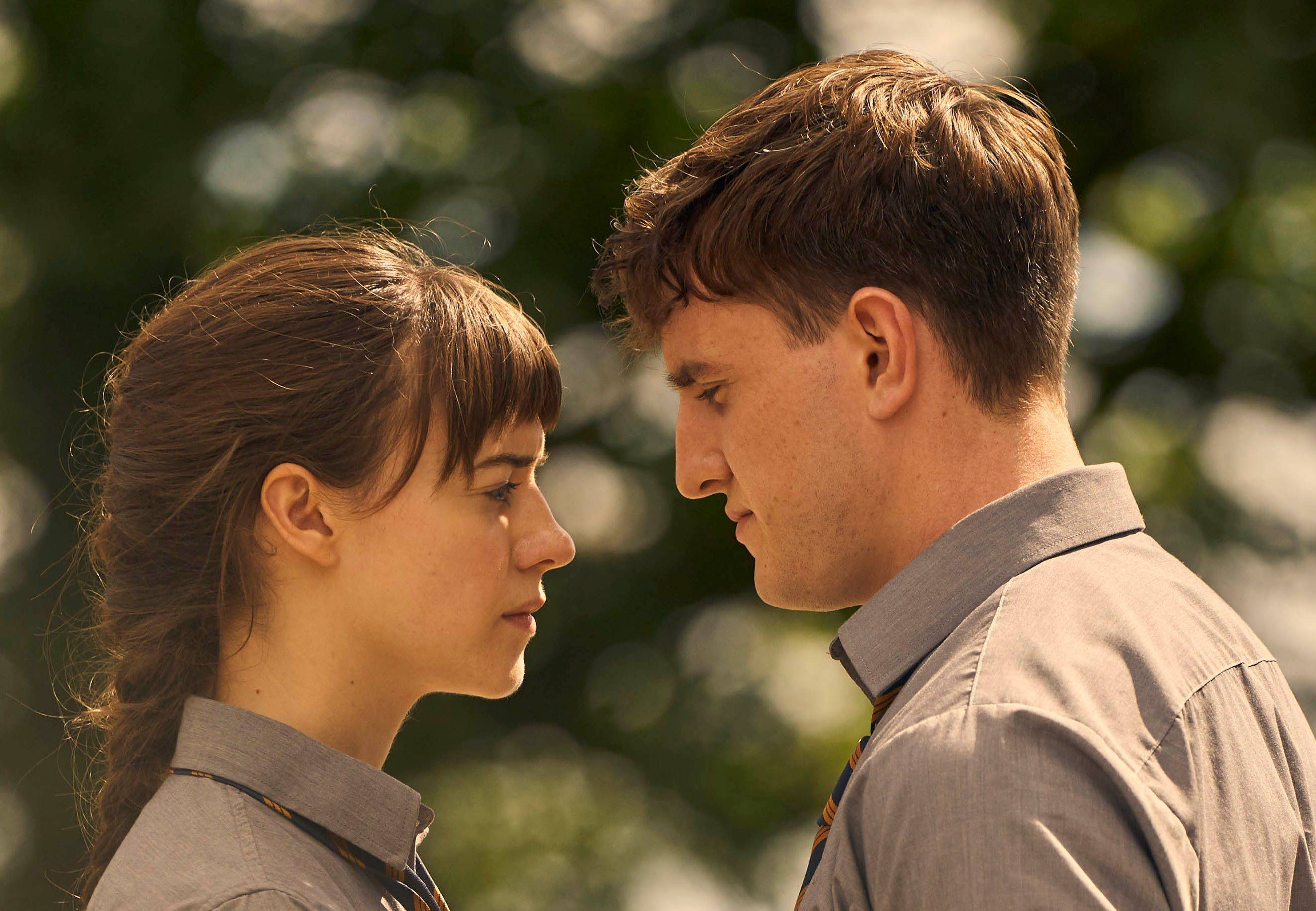 If you’re the type to get invested in celebrity relationships, then I’d be inclined to recommend this one.

Although Dawn, being born in Scotland, can’t really be counted as Irish – she did add a Celtic O’ to the start of her surname once she was married - Chris O'Dowd really is Irish enough for the both of them. 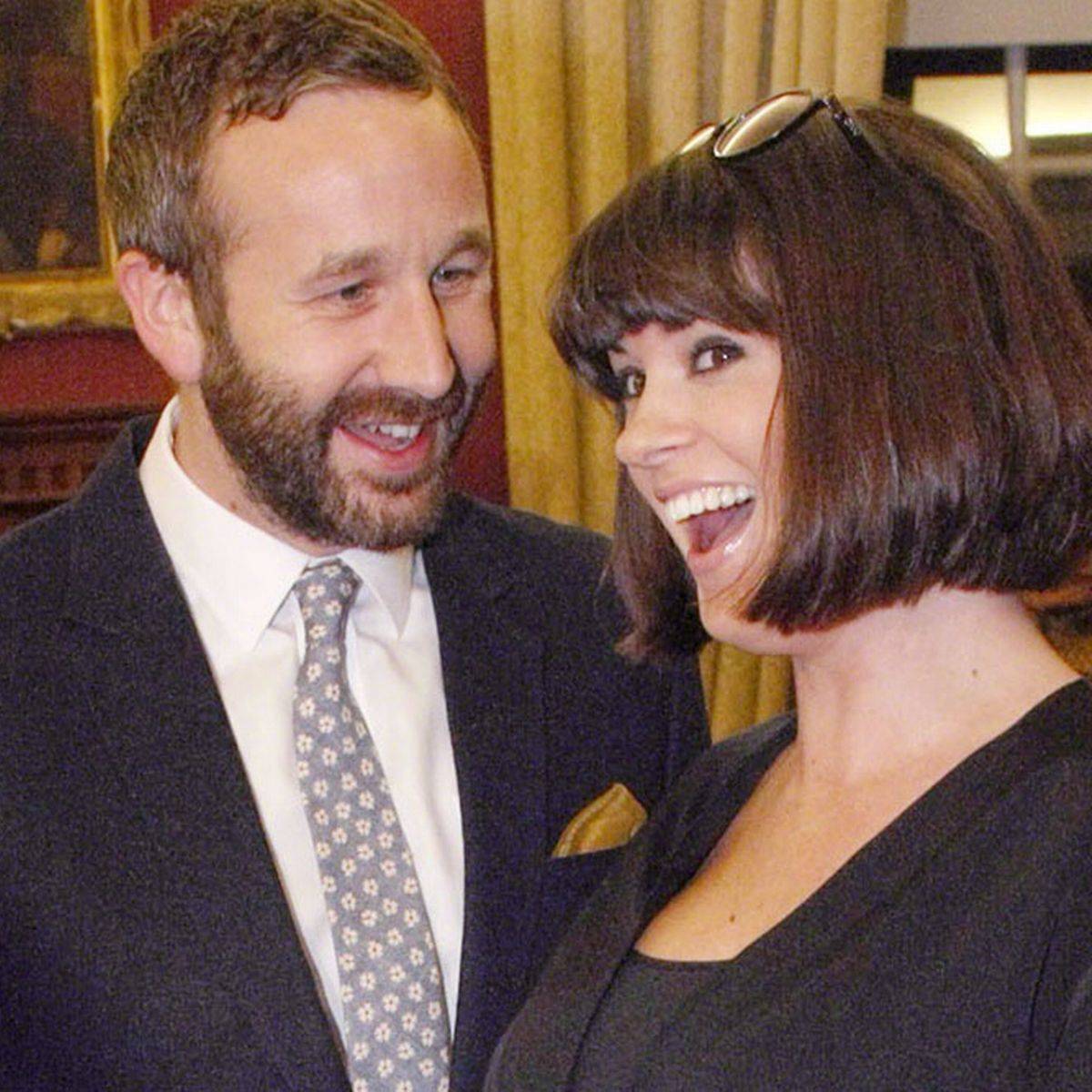 The two got off to a rocky start with Dawn declining Chris’ Facebook request three times before they had even met, and they only really crossed paths in real life because she panic invited him to her 30th birthday party for the fear of a poor turn out. However, from then on it was love at first sight – with Dawn claiming to confusedly tell her sister the very next day that she had just met the man she was going to marry.

Even though O’Dowd’s career has since sprung him into the bright lights of Hollywood, the two keep their private life under tight wraps – occasionally giving the public a playful glimpse of their relationship.

Love can be found wherever you look for it in Ireland’s culture, whether in the pages of well-leafed novels, the gossip columns of magazines, or even in a firm friendship. Which other Irish couples do you think deserve a mention? Let us know in the comments below!