With this month’s theme being dedicated to Grá, it’s a wonderful opportunity to dust off those old records (or more accurately update that Valentine’s playlist) and immerse yourself in some good old love songs.

Love has to be amongst the most popular inspiration for songwriters, and as such a complicated and fluid emotion it’s a very generous muse! I’ve collected a few of my favourite Irish love songs below – ranging from the classics to the charts.

I wouldn’t go as far to call it my “Top” Ten of Irish love songs, as had I written it a week later it would probably be comprised of completely different tunes! You know how it goes with music, there’s just too much to choose from…Have a read and see which of these hits the right note for you.

Come Live in My Heart and Pay No Rent

I nearly included the title of this song in our Irish Views of Love blog, as it was originally from a poem written by the very aptly named Samuel Lover in the 1800s. However, his lyrical prose has clearly inspired this wonderful song by Emily Mae Winters, which really breathes meaning into the words. As a composer himself we’re sure Mr. Lover would be delighted to be included in this blog instead!

I’ve definitely alluded to the tragically romantic ‘Nothing Compares 2 U’ before but really, I can’t in good faith omit it in this context. 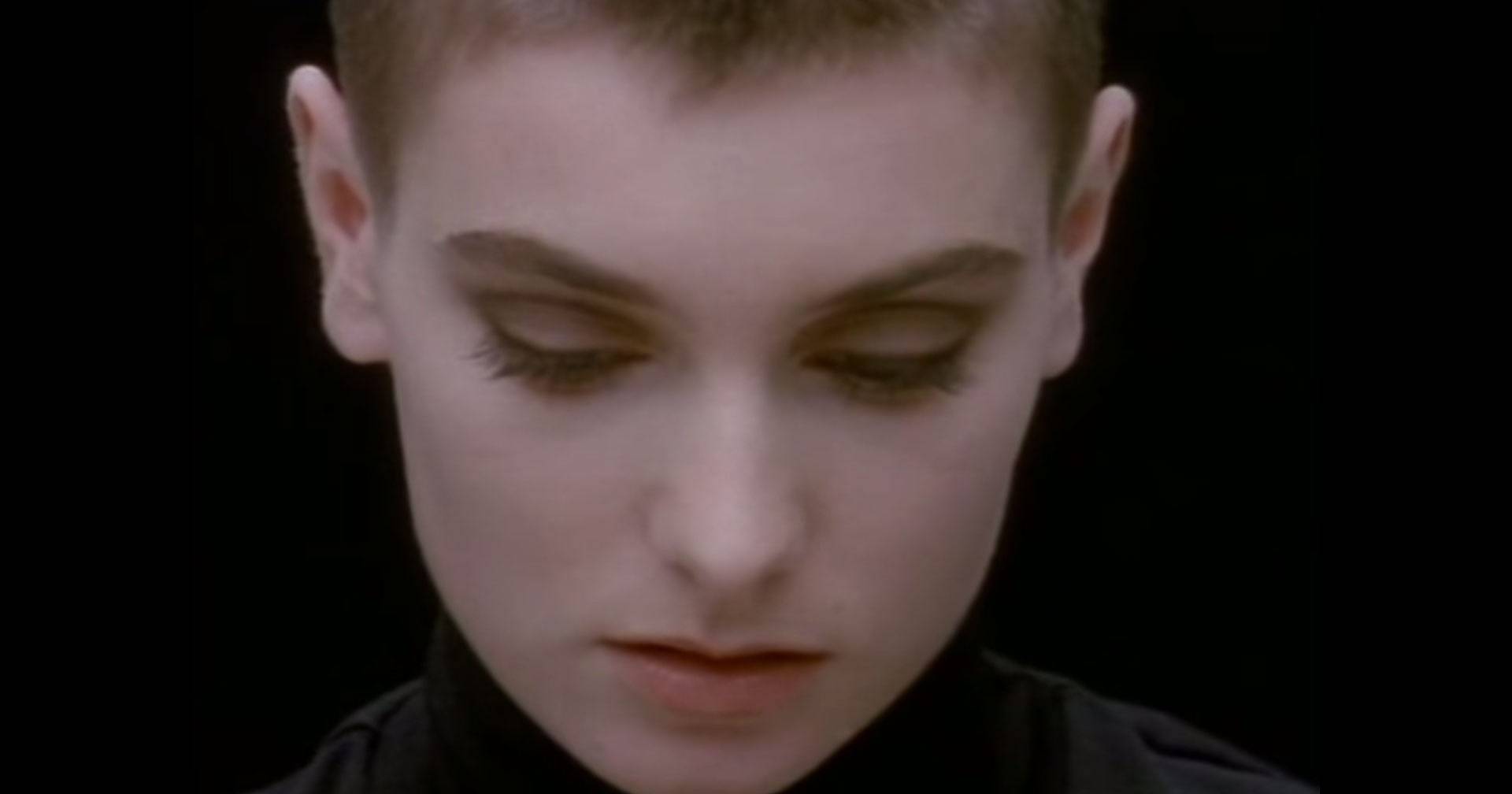 The song was originally written by Prince in 1985 for his side band ‘The Family’ but, while it was an excellent piece of music in its own right, it took the stunning intimacy of Sinead O’Connor’s longing voice for the song to reach its full potential.

It is one of those few instances in which the cover is genuinely better than the original, and O’Connor’s commercial success with the song utterly eclipsed Prince’s own (which is quite a statement!)

I had a hard time picking which of Damien Rice’s songs to include here – as all of his work is fuelled by such intense emotion, and generally focuses on the deeper and more complicated aspects of love.

I settled for ‘Delicate’ because I think the vulnerability of the theme is expressed so beautifully in the raw and unpolished vocals for which Rice is so famed. The concept of not quite knowing where you stand, and the hurt that this can cause is aptly defined in the lyrics – making it a perfect song for wallowing if you feel so inclined. However, the melody itself is gently upbeat, allowing it to be a lovely song to indulge in no matter your mood. 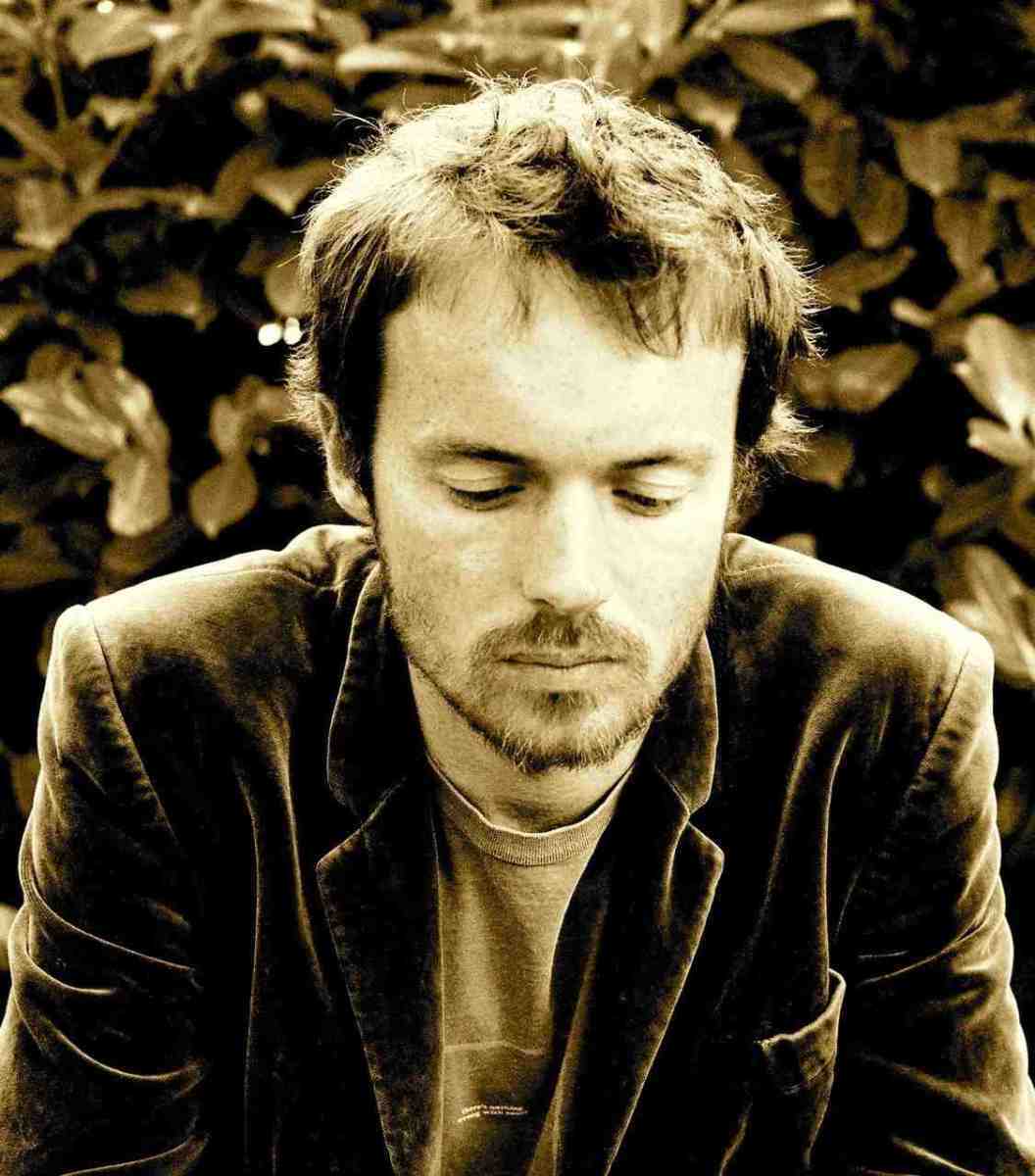 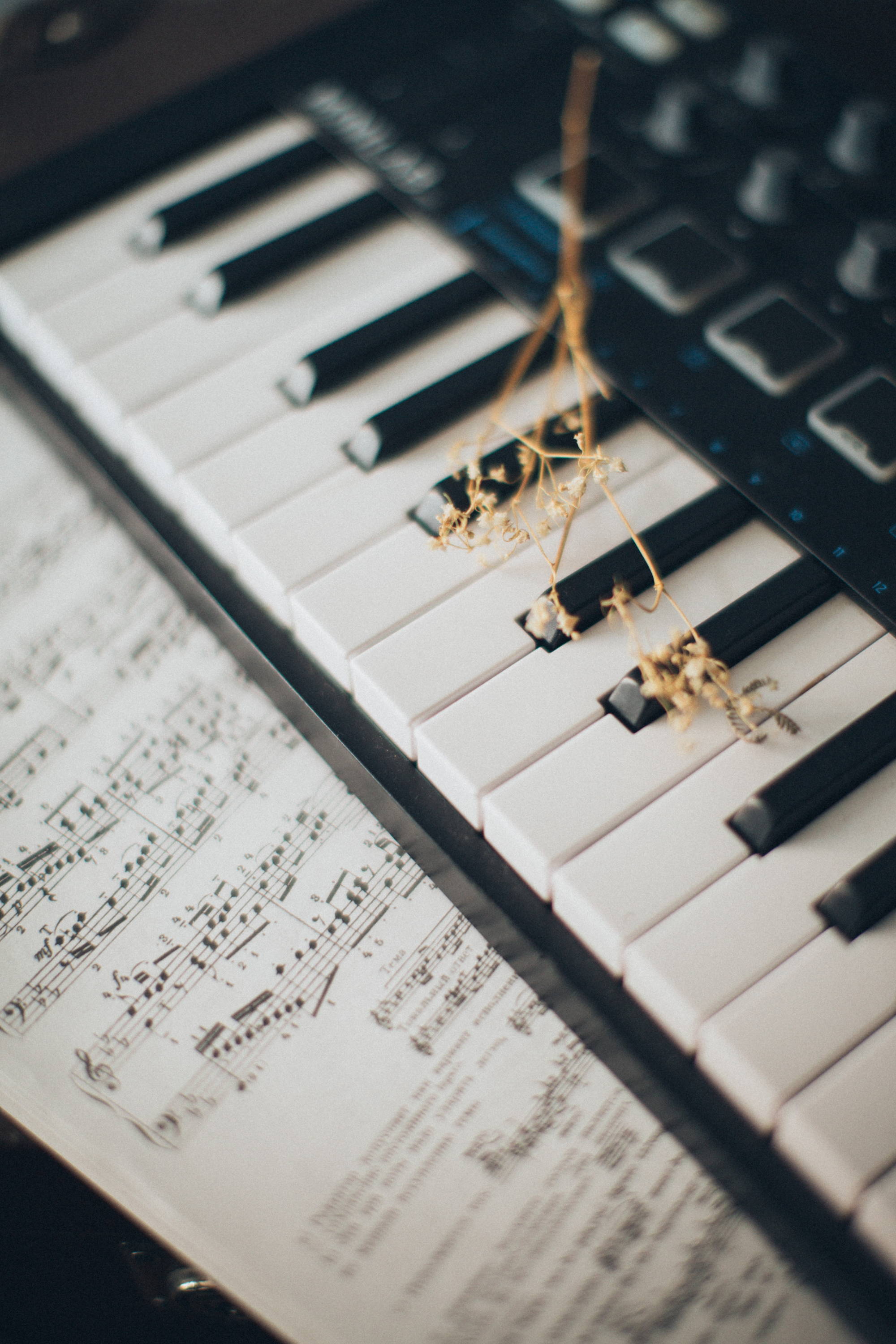 Even if you aren’t aware of doing so, you’ve most likely listened to ‘Someone Like You’ before – a classic choice for romantic movies, first dances, and all-round loveliness.

While the love songs genre can definitely have a sorrowful side to it, this 1987 hit is an uplifting discovery of ‘The One’, guaranteed to make you feel warm and fuzzy about love – no matter your relationship status.

The gentle yet excitable trilling of the piano in the background, accompanying the poetic pragmatism of Van Morrison’s lyrics is just a simply a wonderful description of falling in love.

One of the most heartbreakingly beautiful love songs that have ever been written, ‘Grace’ was originally composed by Frank and Seán O'Meara and is based on the real love between Grace Gifford and Joseph Plunkett.

After his involvement in the 1916 Easter Rising, Plunkett was sentenced to death and was held in Kilmainham Gaol until his execution. His fiancée Grace bought herself a ring and the two were married in the prison chapel just seven hours before he died. 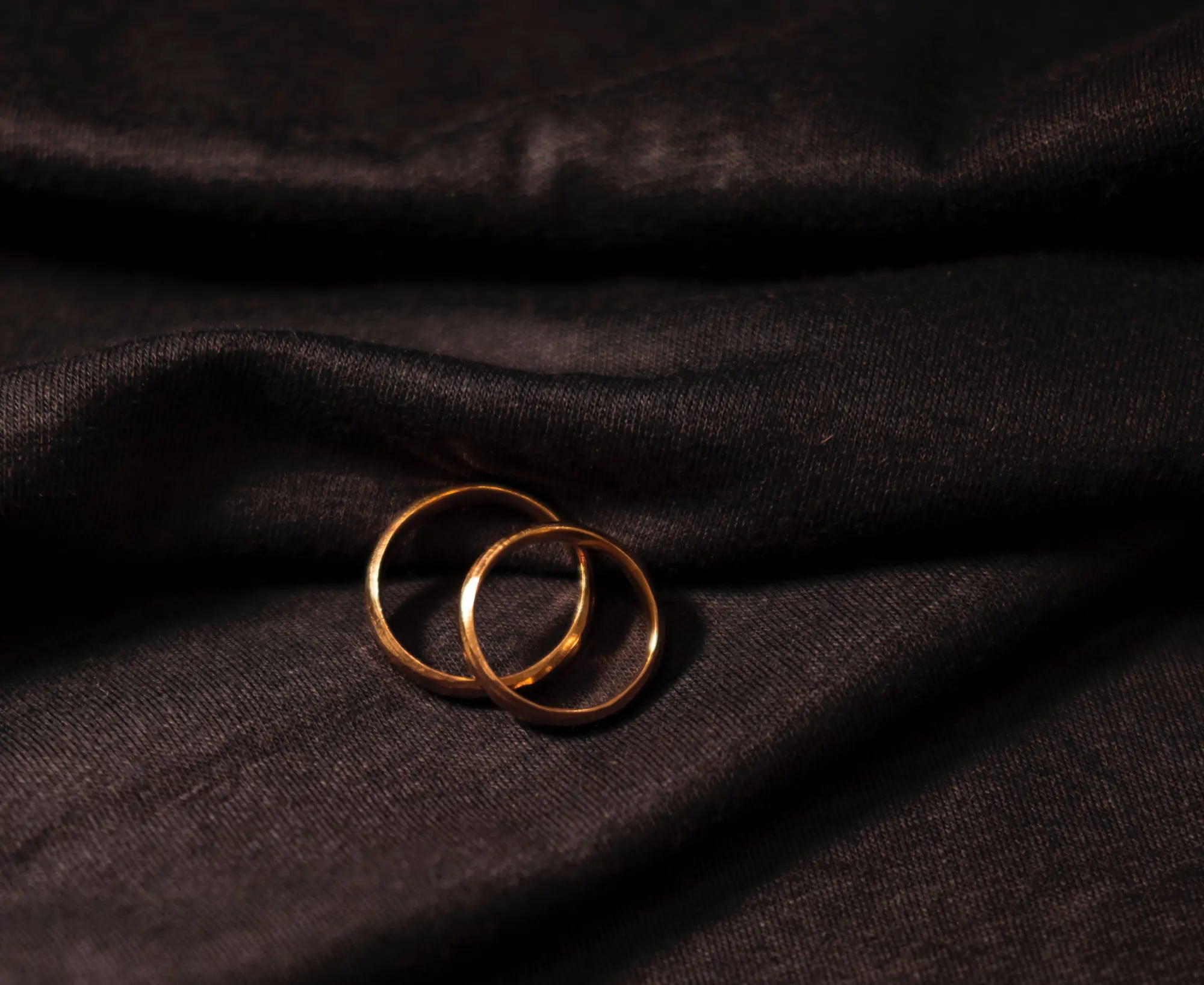 It’s a heart-wrenching tale about love prevailing even in the face of true tragedy, and the song has been through many wonderful renditions, including this poignant cover by ‘The Dubliners’.

Still in Love with You

‘Still in Love with You’ is definitively Thin Lizzy’s greatest love ballad, and arguably one of rock music’s too. 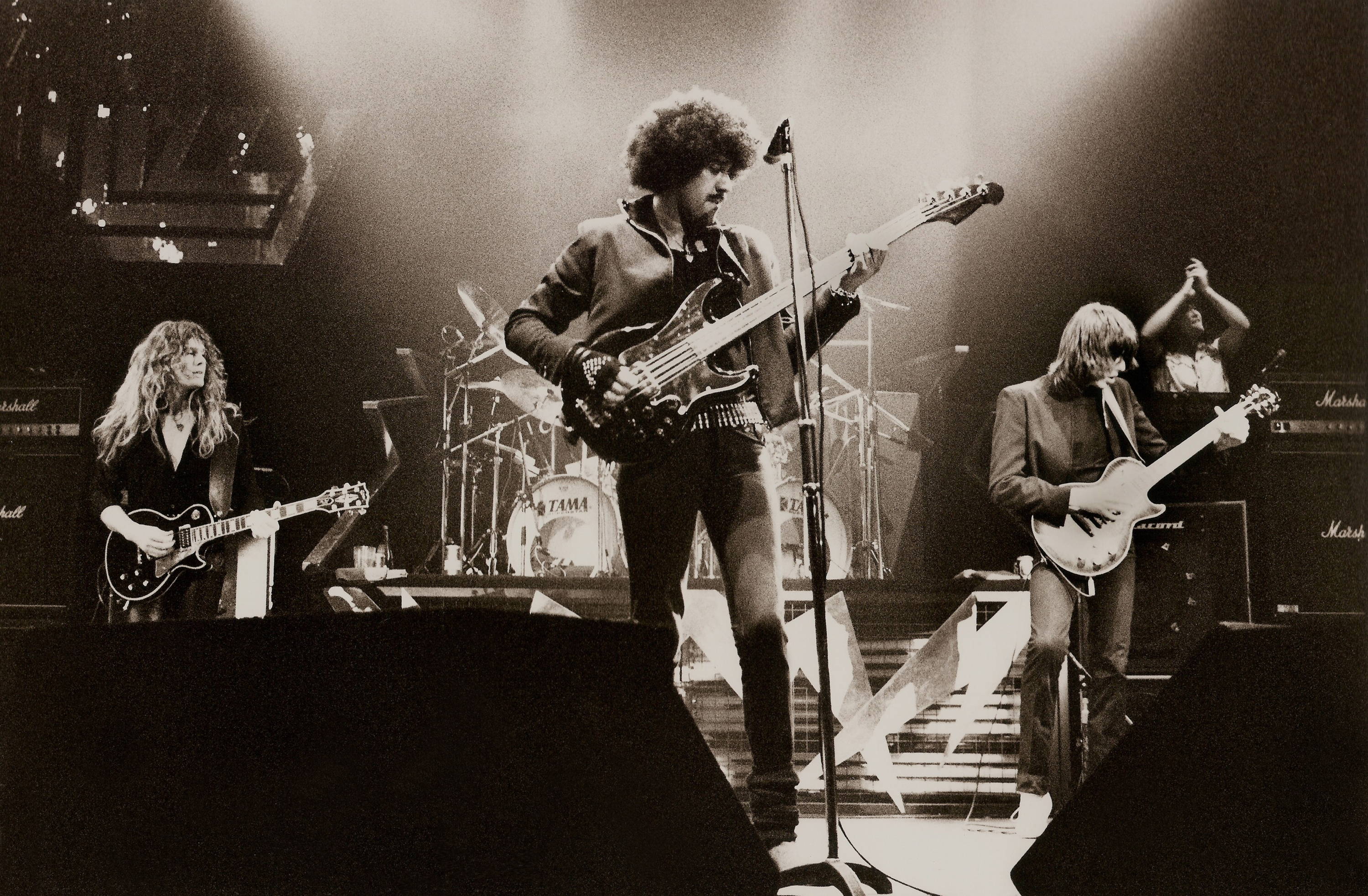 The band put a lighter spin on their hard rock genre to produce this truly moving slow blues classic, that says more in music than it ever could in words. Not that the lyrics are to be found wanting, but it’s the powerfully mournful guitar solo that really does the talking here.

The Live and Dangerous version is particularly inspiring and if you haven’t properly listened to it before I would recommend just hitting the repeat button now – you’ll need a few plays to really absorb the experience!

Now by listing a song that’s not ‘Chasing Cars’ for Snow Patrol, I’m not saying that it’s not one of the most enchanting love songs of the 21st Century – because of course it is. However, the band have taken many unique melodic journeys of love including the lesser known but lovely ‘The Garden Rules’.

It is a beautiful exploration of those pure and honest romances that unfold on the playground – the best friends from birth that spend every waking moment together. That connection you have before you are even aware that love exists is innocently captured by the line: ‘You leave me with a kiss on my quickly heating cheek.’

Listen to the lyrics as you feel the smile creep across your face, perhaps from your own childhood memories or from watching your kids live theirs. 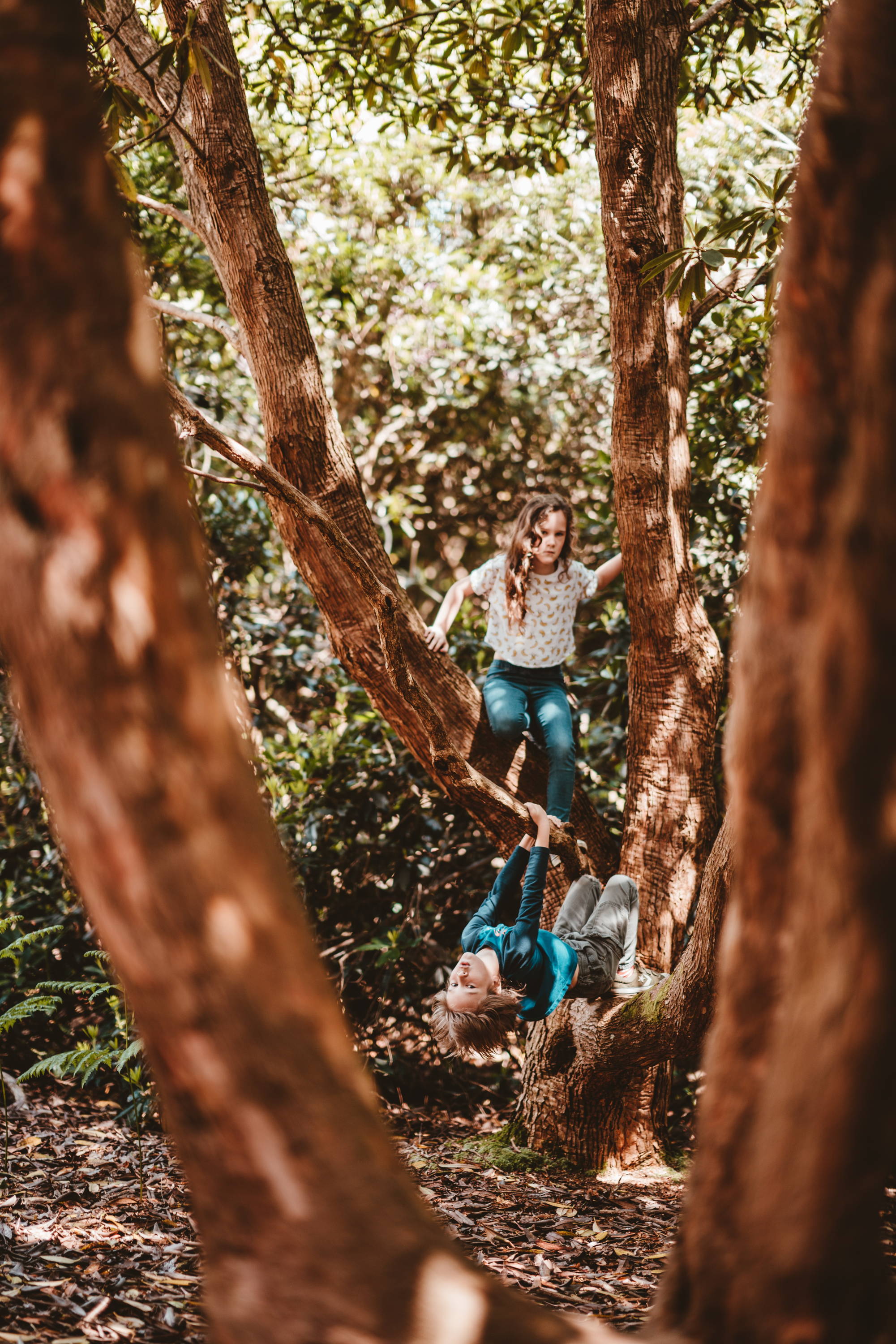 When You Say Nothing at All 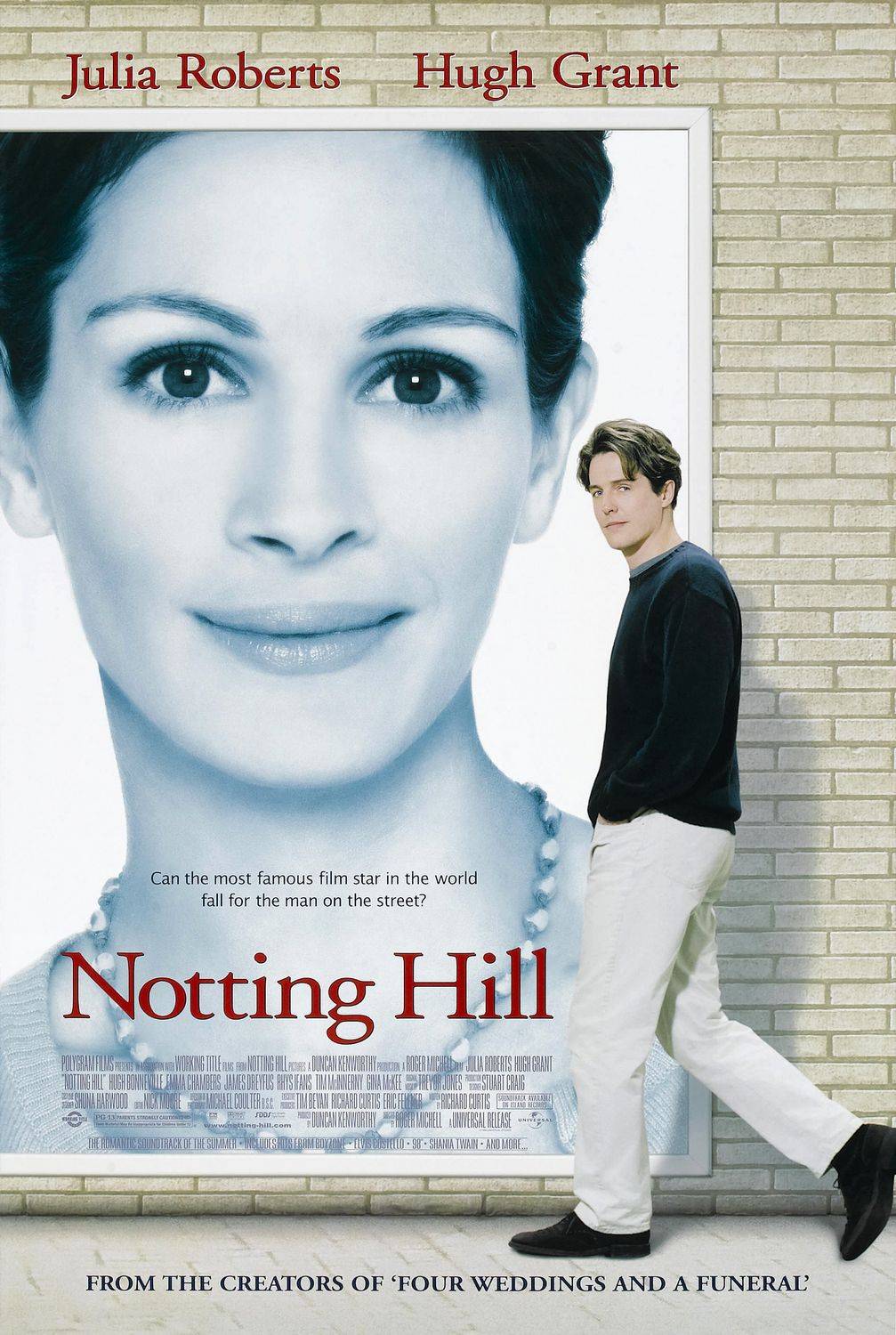 Ronan Keating’s cover of this country hit was recorded for the romantic-comedy ‘Notting Hill’ which, incidentally, is definitely worth a watch if you somehow haven’t seen it before.

It was the first solo single for the former Boyzone member, and I think it’s wonderfully fitting for both a relationship that’s new and exciting in which each smile is loaded with potential meaning; as well as those that are established and comfortable, where you know each other so well that you can read every mood and feeling.

Love is a meticulously difficult emotion to explain, and this song is a wonderful expression of the fact that sometimes not being able to put something into words is the most beautiful thing about it.

Did you think I’d forgotten to include a U2 track? Never!

This B-side track (which ended up being a number one hit!) was originally written by Bono for his wife as an apology for missing her birthday due to his work on ‘The Joshua Tree’ album.

The catchy and repetitive refrain plops this number firmly in the feel-good category without much depth to worry about, but sometimes that’s exactly what you’re looking for in a love song. It’s a happy record about a real relationship that just simply lifts your mood whenever you hear it. 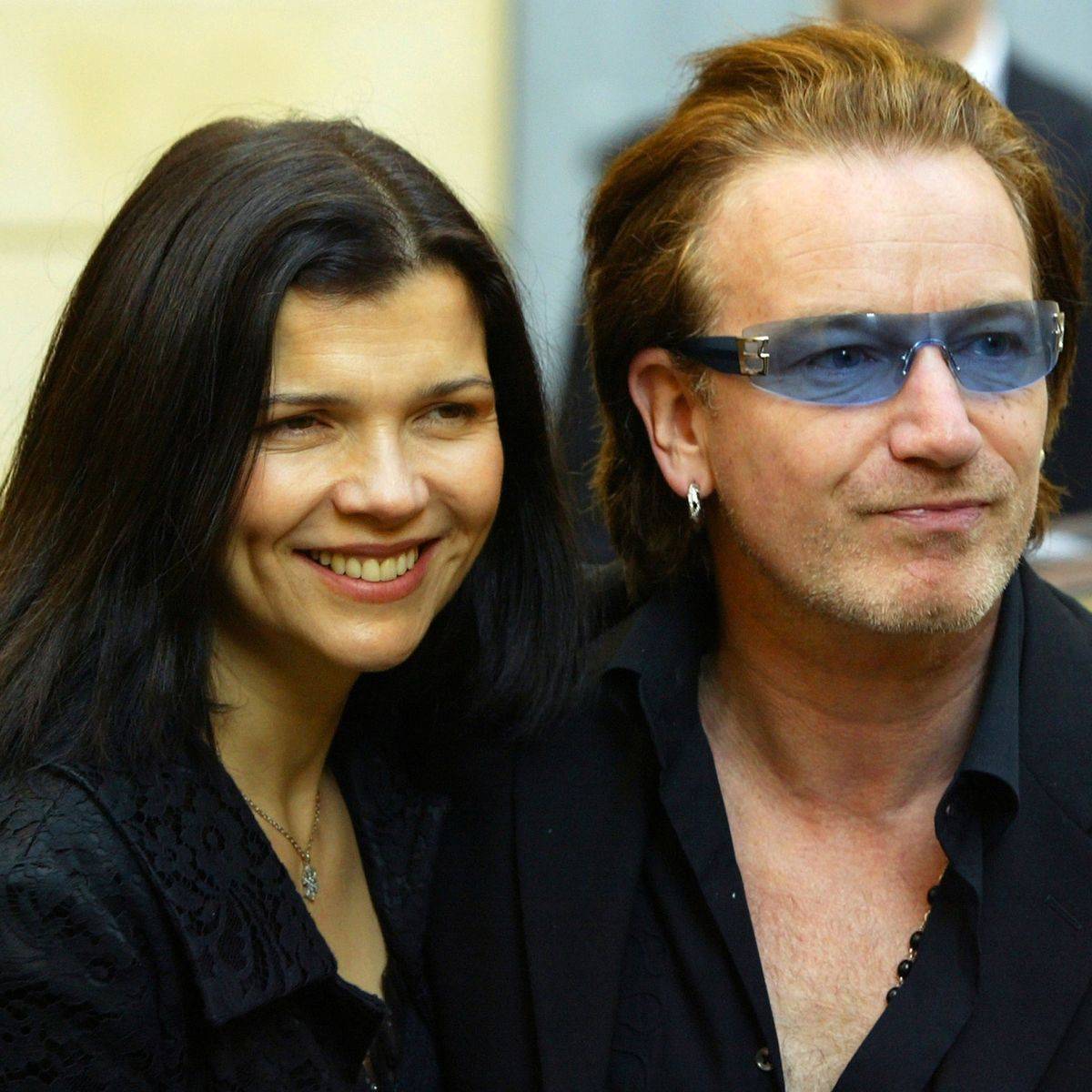 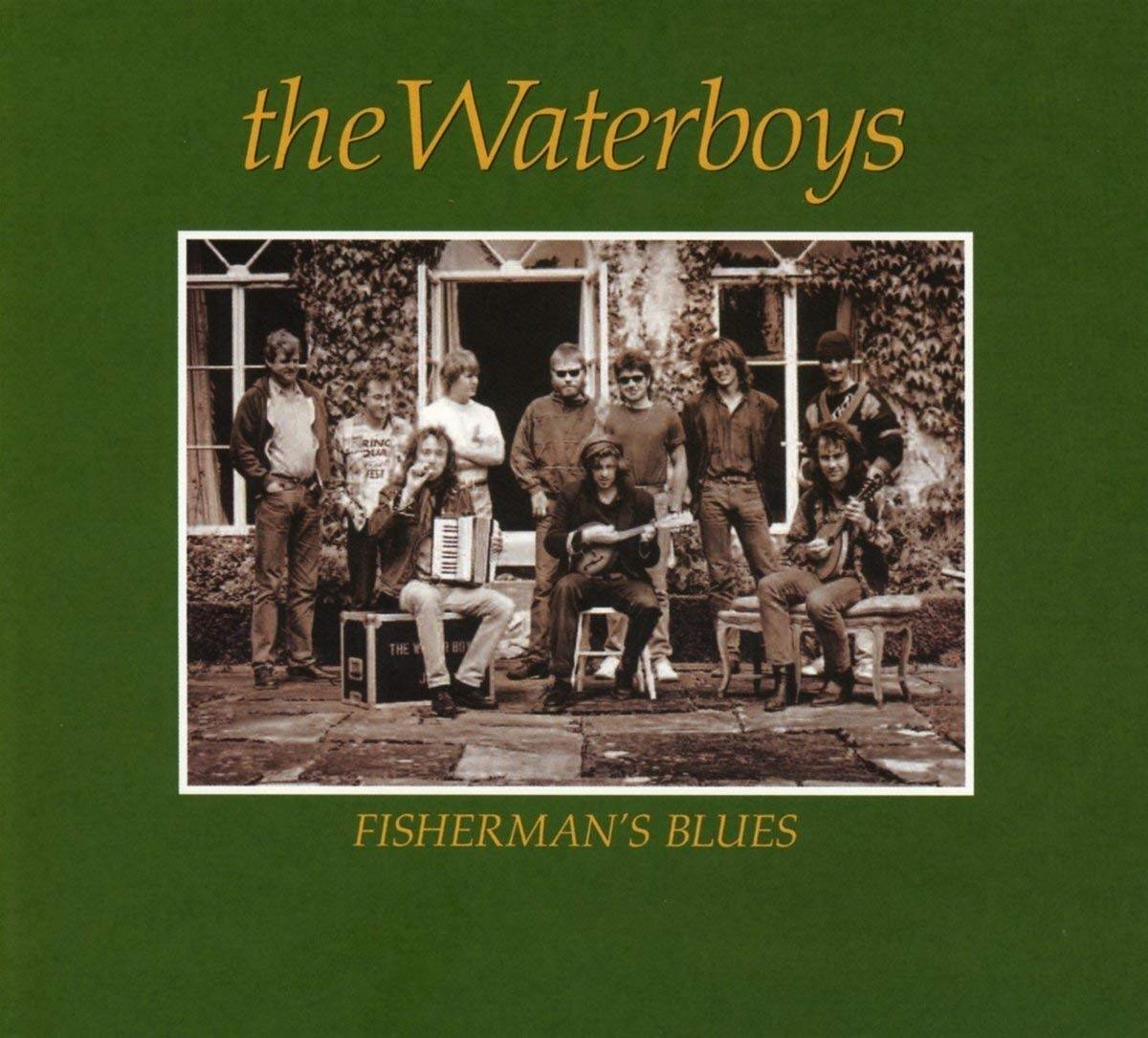 The song Fisherman’s Blues was the title track of The Waterboys’ best-selling album in 1988. At the time it was a departure from the band’s typical sound – throwing off the chains and safety pins of punk and merging into what can only be dubbed as Celtic Rock and Roll.

The words mostly point to a breakdown in a relationship and a longing for simpler times so, instead of a love song, I’ll call it a song to fall in love to. The romance of the fiddle, the whimsical lyrics and the passionate vocals just sweep you away with every listen, and have you longing for Ireland itself.

The album as a whole, being released at the height of the band’s more mainstream popularity, seems to step back to explore an infatuation with Celtic roots and listening to it is just a beautiful experience.

So technically this is number 11, but as Ed Sheeran is not actually Irish we can consider this a bonus track – but it’s a very well-earned spot and definitely worth a listen.

‘Nancy Mulligan’ is based on the true story of Sheeran’s grandparents and it just has everything you could ever want from an Irish love song. The hand clapping, knee slapping elements of Irish trad music are delightfully influential in this jovial jig, as the romantic and wholesome story of Nancy Mulligan and William Sheeran unfolds in the lyrics.

The artist himself had this to say about his inspiration:

"They got engaged and no one turned up at their wedding. He stole all the gold teeth in his dental surgery and melted them down into a wedding ring, and they wore borrowed clothes to get married, and just basically have this kind of Romeo and Juliet romance, which is like the most romantic thing.” 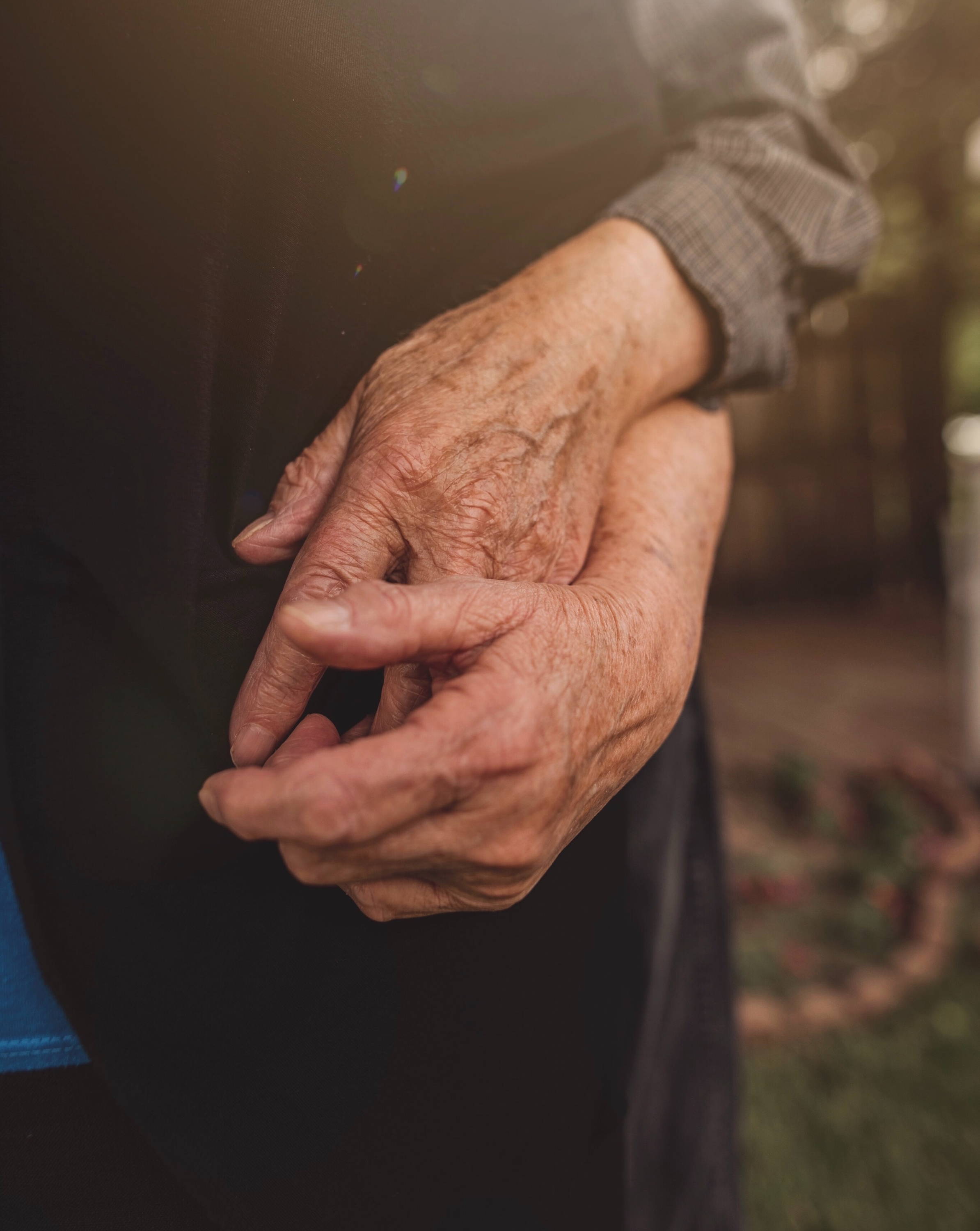 Yes it is, Ed. It’s also made for an absolute cracker of a song.

Do you have your own favourite Irish love songs that aren’t listed above? Let us know in the comments below – I’m always keen for a good Spotify discovery!