Seeing as many of us have got a bit more time on our hands, and a trip to the cinema is out of the question in most circumstances, we thought we’d pull together a list of Irish movies to keep you occupied and in touch with your roots to the Emerald Isle.

All of these movies can be bought (or rented for a fraction of the cost) from Prime Video or iTunes, and some of them you can even get free depending on what streaming sites you subscribe to.

Speaking of subscriptions… Irish at Heart is still bringing a little piece of Ireland to the letterbox of our customers each month, so if you haven’t signed up yet and could do with a little pick me up, this is a good place to start!

In the meantime, pop the corn, cuddle on the couch and pick your favourite from below for a good old-fashioned Irish movie night.

As the title suggests, you won’t see much Irish countryside on show, but few directors encapsulate the wickedly dark Irish sense of humour as completely as Martin McDonagh. In Bruges was his first foray into feature-length films, and what a start it was for the acclaimed Irish playwright. The hilarious yet powerful masterpiece has scooped up several awards, including an Oscar for Best Original Screenplay and once you’ve seen it – you’ll understand why. Colin Farrell’s portrayal of the “tortured cheeky chappy” role will have you laughing out loud and gasping in suspense within the same breath.

This is actually one you can watch for free if you have access to a Cinemax subscription, otherwise, it’s available to buy or rent. 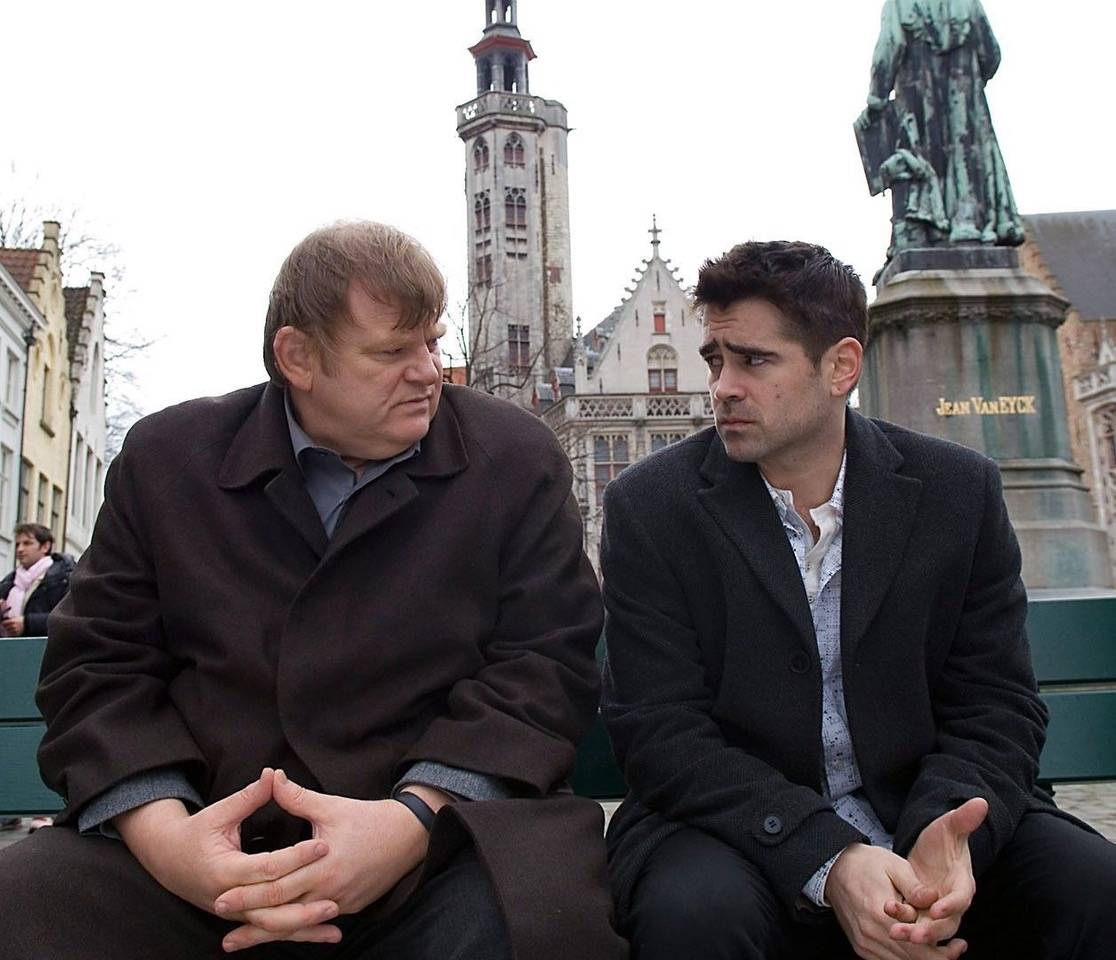 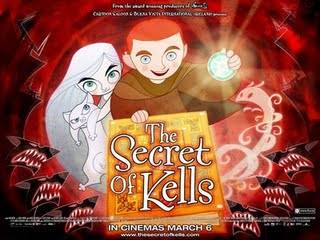 The Secret of Kells

If you’re looking for a movie to keep the younger members of the family entertained, The Secret of Kells is a thrilling animated adventure for all ages.

It was nominated for the Best Animated Feature Academy Award, but unfortunately, as it came out the same year as Pixar’s “Up”, a nomination is as far as it got.

The scene is set in ninth-century Celtic Ireland, and unlike many cartoons being based on a book, this story tells the tale of the origins of a book – none other than Ireland’s Book of Kells.

It is refreshingly original, well-drawn and fast-paced – all you need to keep the kids (and adults) occupied for a few hours before bedtime!

Aside from the setting and the basic premise, this film isn’t really Irish at all – but with the beautiful views of Dublin, Mayo and Wicklow on offer it definitely deserves a spot on the list.

Amy Adams stars as a successful city girl from Boston who travels to Ireland in the hopes of prompting her long-term boyfriend into marriage by following the Irish tradition of proposing to him on the 29th of February. 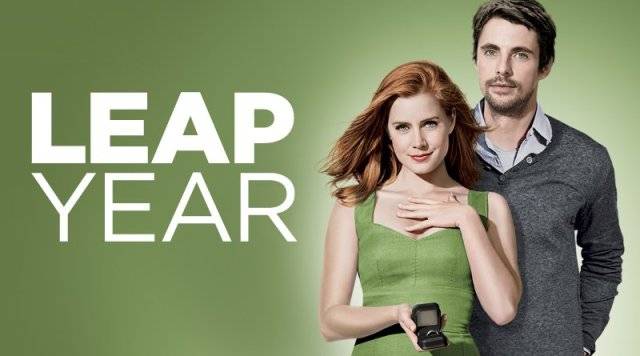 Needless to say, her plans go array in the most charmingly comical ways as she embarks on a cross-country trek of the Emerald Isle with a little help from the smart-mouthed inn-keeper, Declan O'Callaghan (Matthew Goode).

If you want to get invested in a heart-warming rom-com then Leap Year is a good choice, and you can stream it for free on Hulu! 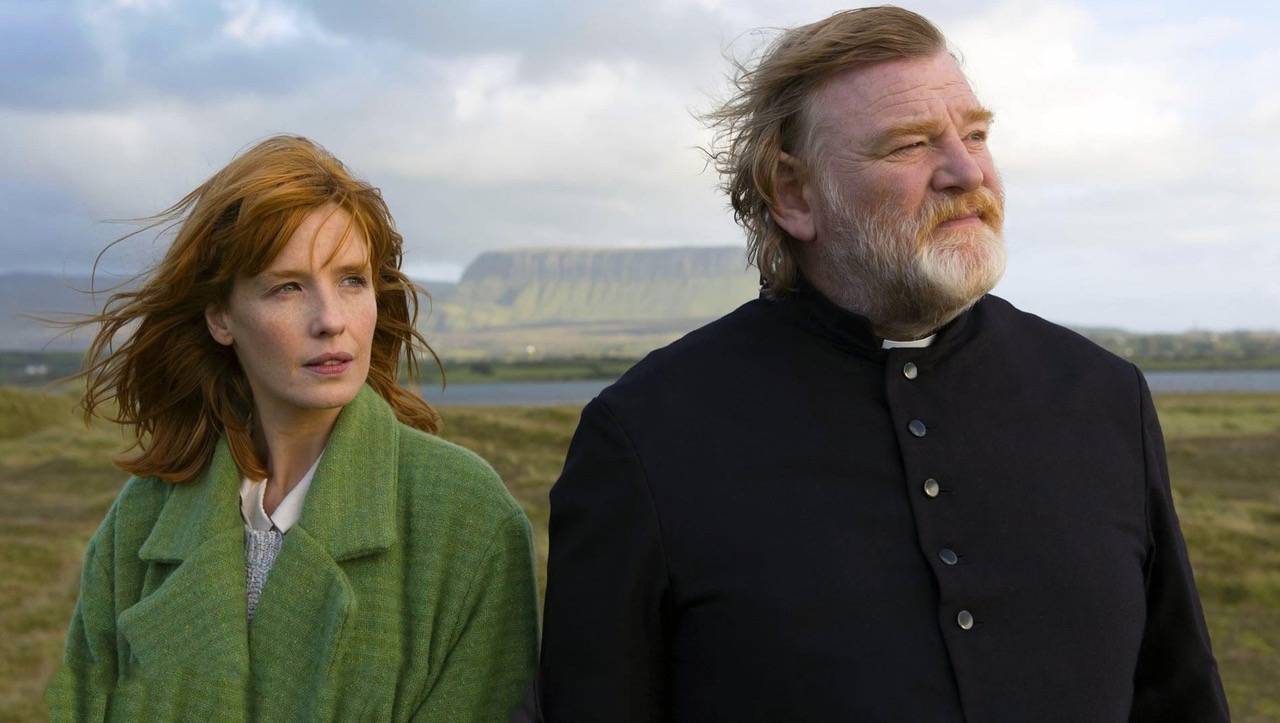 Another step into the darkly comedic vein of Irish cinema, the story of Calvary follows the steps of Father James (Brendan Gleeson) in the wake of receiving a threat of assassination in his confessional.

As he attempts to go about his usual duties, the parishioners of his small town reveal their own struggles and human weaknesses, as the film addresses many of the profound and sensitive issues in today’s society.

Comedy and drama coincide beautifully in this film, with neither detracting from the other – providing a viewing experience that is both poignant and uplifting.

The Wind That Shakes The Barley

Fans of Peaky Blinders will be delighted to witness an astounding performance from a younger Cillian Murphy, as he plays an IRA recruit who fights alongside his brother (Pádraic Delaney) in the Irish War of Independence.

While not a historical biography per se, The Wind That Shakes the Barley is a compelling drama of conflict – scrutinising the harrowing consequences of Civil War on both sides and inviting its audience to re-examine their perspective of Irish history. 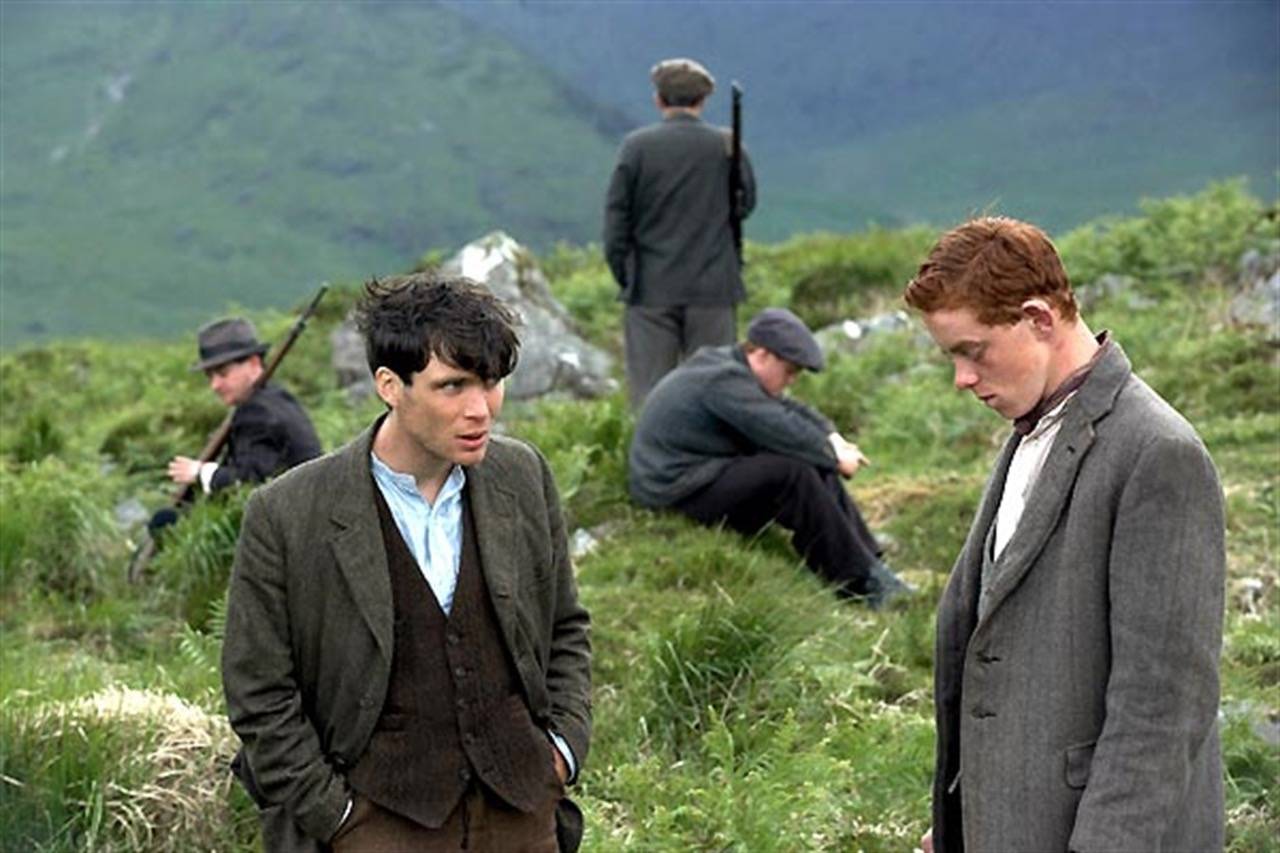 Upon release in 2006, it set a record as the highest-earning Irish made independent film, a title it kept until 2011 when it was overtaken by The Guard (another John Michael McDonagh classic).

A thrilling tale enhanced with captivating cinematography; this is an inspired choice for a lockdown movie night. 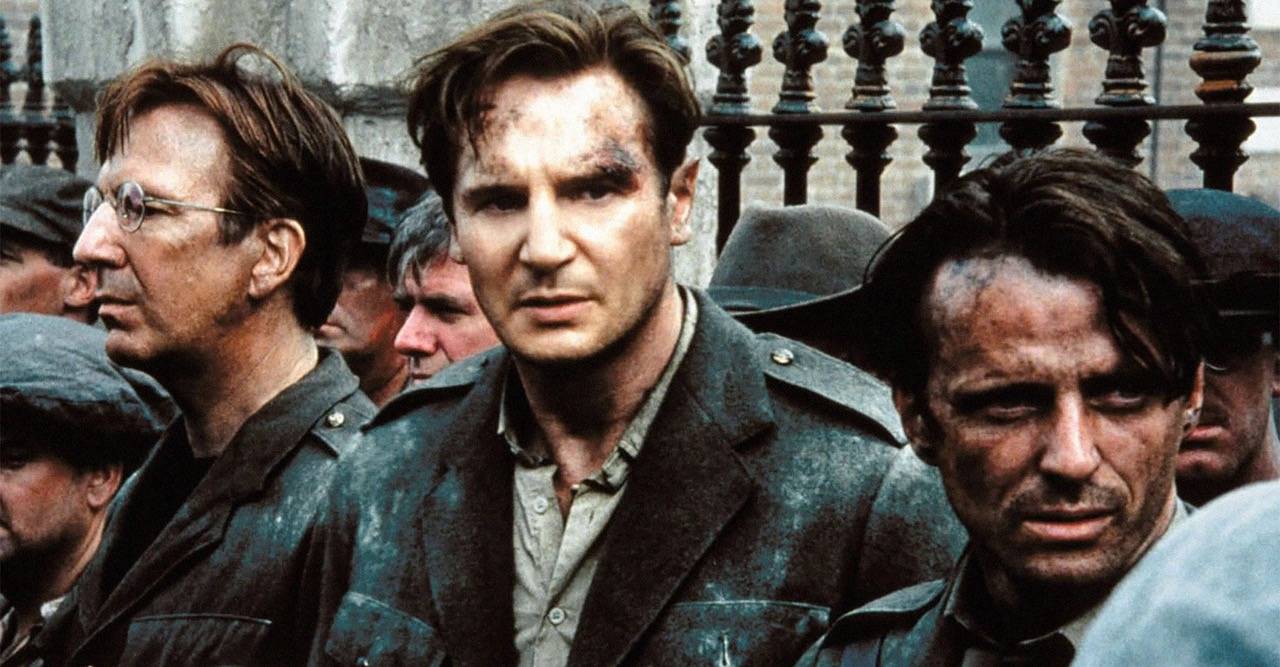 If you’re more interested in a biopic approach to the Irish Civil War, then Neil Jordan’s portrayal of Michael Collins – Irish politician and revolutionary leader – is sure to quench your thirst for knowledge.

While artistic licence has undoubtedly been employed to romanticise and add a Hollywood glow to the subject matter – Michael Collins is a rousing and passionate historical account of one of the most violent and heartbreaking periods in Irish history.

There’s a lot to unpack in the film’s two hours running time, so to keep your facts in check it might be an idea to brush up on the general story beforehand, so as not to get lost in the plot!

If you’re looking for a serious and brooding take on the lives of adolescents growing up in County Cork – then this is not the film for you.

Based around the events of a 2007 cocaine seizure off the coast of Ireland, The Young Offenders follows the hilarious antics of main characters Conor and Jock - as they travel along the West Atlantic Way on their bikes in an effort to steal a slice of the pie for themselves.

Despite their lack of common sense, indecent antics and quite frankly criminal intentions – the teenaged miscreants remain loveable throughout and this a solid choice for a feel-good comedy to take your mind off things.

You can currently watch The Young Offenders for free with US Netflix subscriptions as well as the usual rent or buy options. 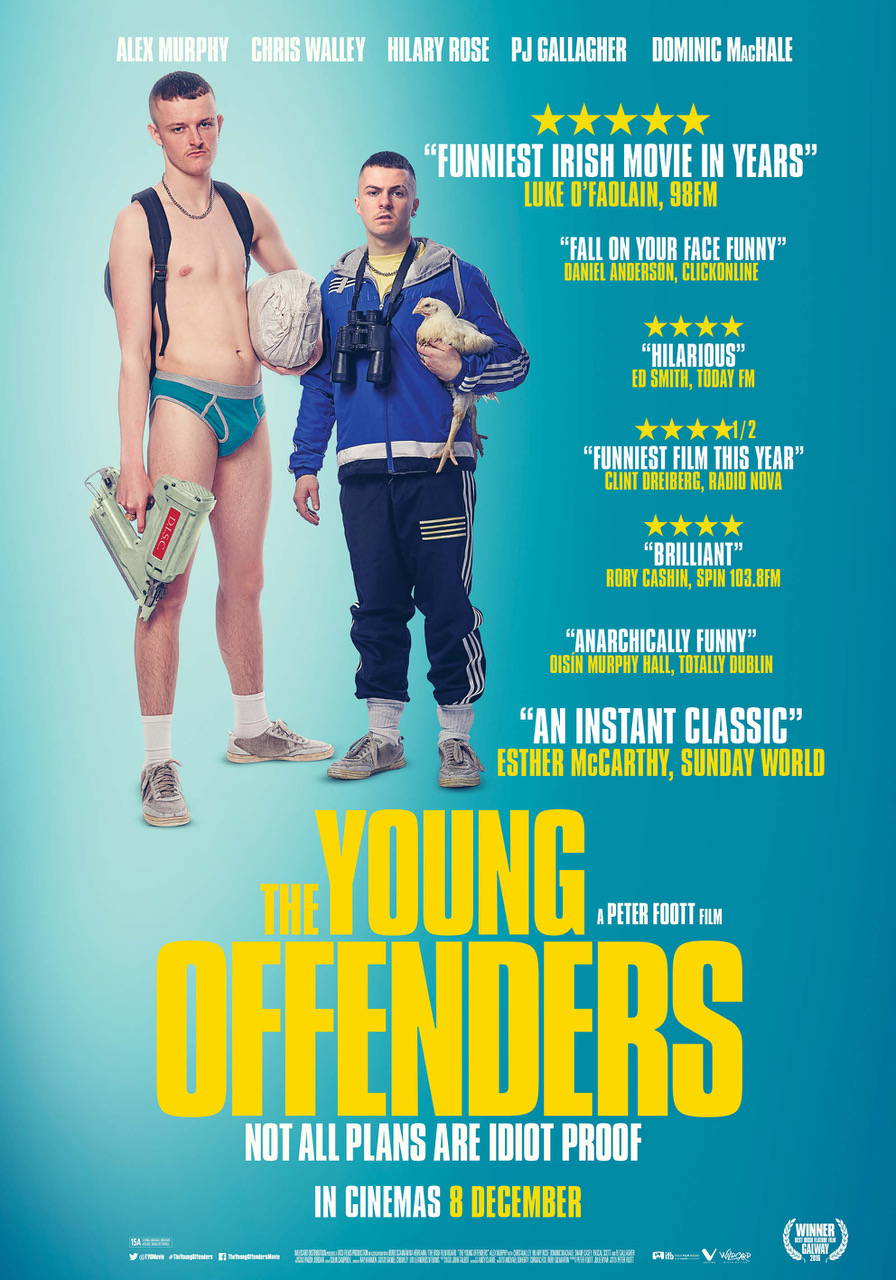 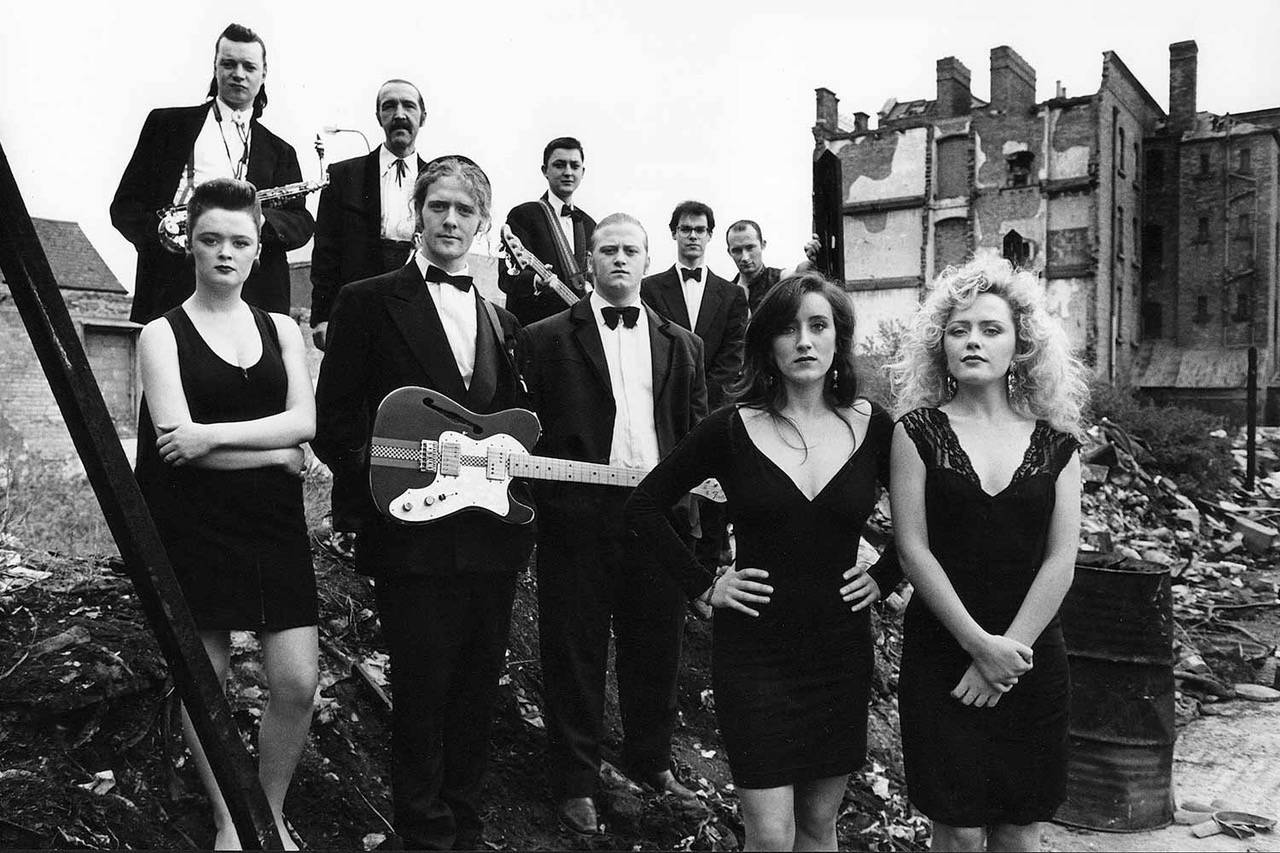 Based on the novel from acclaimed Irish author Roddy Doyle, the sharp wit and raw R&B soundtrack of The Commitments has achieved something of a cult status amongst movie buffs.

Jimmy Rabbitte, a young music aficionado, makes it his mission to create and manage an Irish soul band in the north of Dublin. He gathers together a mish-mash of musicians with working-class roots and a whole lot of character and sets about turning them into a musical sensation.

Clashing cymbals and personalities ensue, with a surplus of witty one-liners and unpolished charisma making an energetic and fun viewing experience that you’ll come back to again and again.

While a movie that tells the real-life story of a man born with cerebral palsy and raised in underprivileged conditions might appear to be a heavy undertaking – My Left Foot maintains an extraordinarily upbeat and comedic tone.

Daniel Day-Lewis, in one of the crowning performances of his cinematic career, portrays Christy Brown – a writer and artist who overcomes his disability using the only part of his body that he can control – his left foot.

My Left Foot: The Story of Christy Brown avoids the lure of sentimentalism, instead of delivering a film that is touchingly human, uplifting, and with a healthy dose of Irish humour. 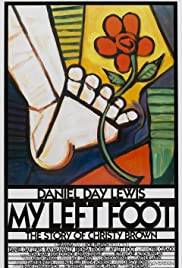