As our July Irish at Heart box is themed around celebrating friendship in all its forms, what better way to explore Cairdeas ('friendship') than through music? As I’m sure I’ve mentioned before in previous blogs, there is never a shortage of Irish musicians and bands to add to your playlists – no matter your taste in music. Friendship in particular is such an influential and significant life experience, that it’s perhaps unsurprising that it has inspired such a wide range of artists, and features prominently in far too many songs to mention.

Of course, Cairdeas isn’t at all a straightforward relationship – and it comes in many different forms. So below are some examples of the different ways friends manifest in our lives, and how they affect us once they are there, as expressed by an array of Irish musicians. And yes – of course I’ve managed to include an example from my beloved U2!

If you’ve got an Irish mammy (or Granny, depending on how young you yourself are) then she is likely to have swooned over the vocal stylings of the one and only Daniel O’Donnell at some point in her life.

My Old Pal was originally written by American Jimmie Rodgers in 1928, but Daniel’s dulcet Donegal crooning brings a distinctly Irish twist to the sweetly sentimental folk song. It mourns the friendships of years gone by, and whether it’s death or distance that has separated you, the love you had for each other is still keenly felt every day.

“No other face can take your place
In my heart, old pal of mine” 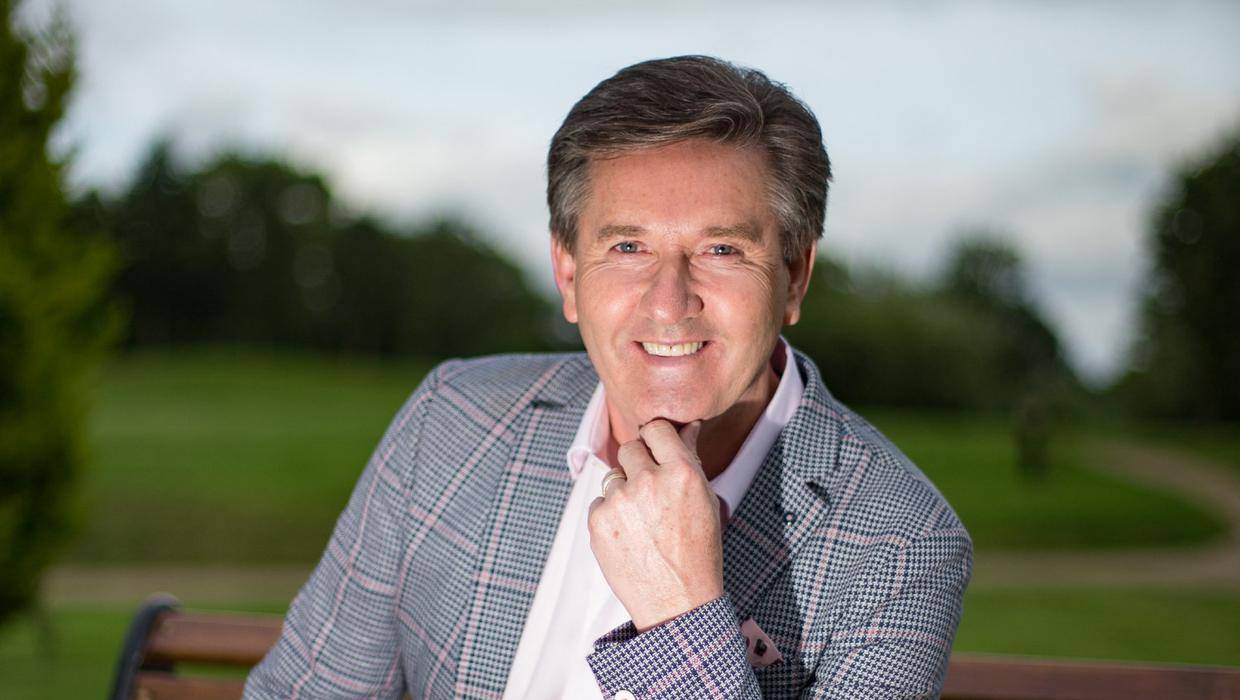 It’s a beautiful way to remember those friends who aren’t in your life anymore and reflect that while they may be gone – they can never be replaced. 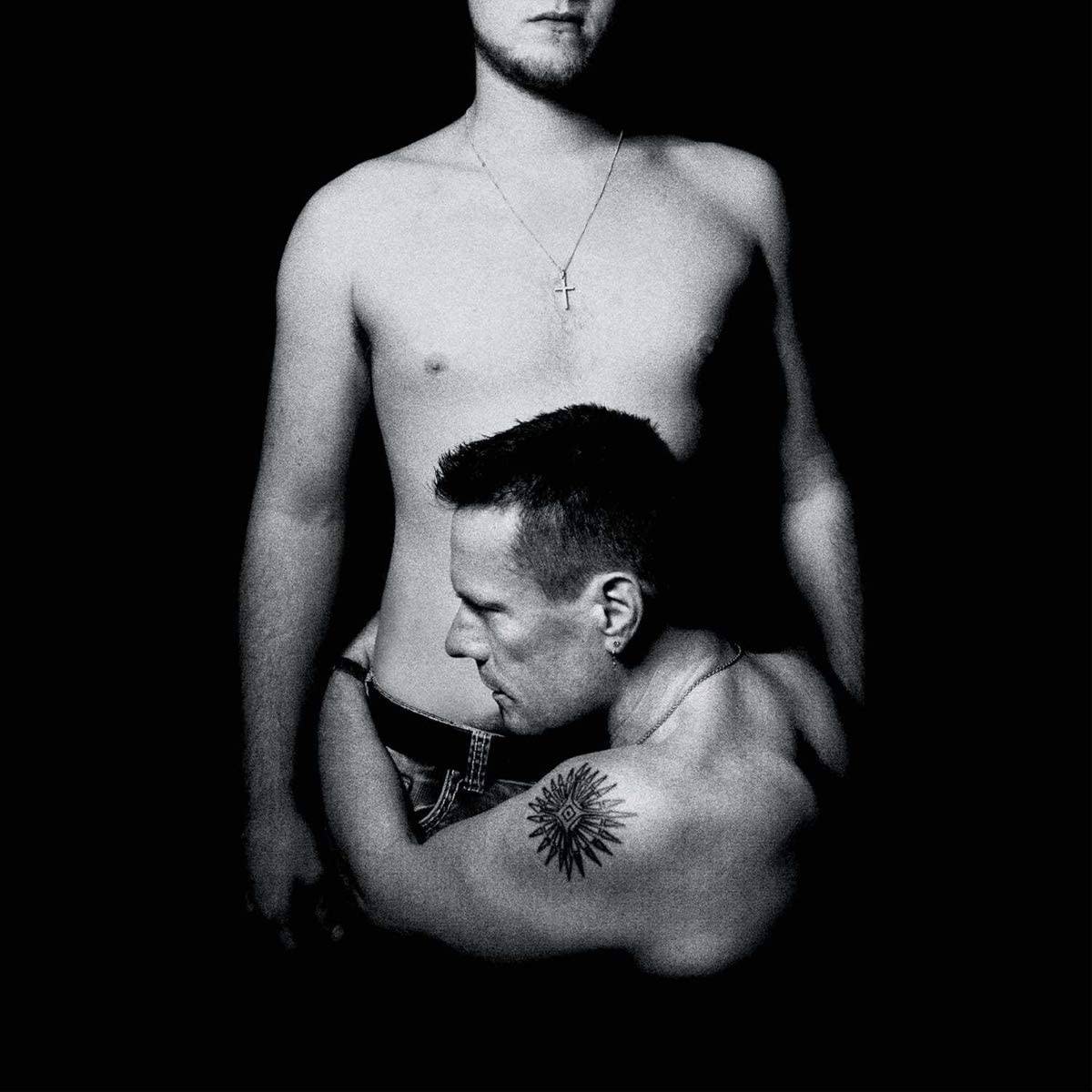 The title of this track from U2’s 2014 album “Songs of Innocence” refers to the street in which Bono grew up in Dublin, and the song has since been dedicated to his best friend Guggi who he met there.

Bono has said that Cedarwood Road is about accepting that your upbringing will always be part of who you are and, violent though his was in places, it shaped himself and his friends to be the people they are today. Although this song certainly contains dark and heavy elements, there are shining moments of purity in the mentions of the friends he made growing up:

These connections have stayed with the singer all his life, and this song is a beautiful reminder that everything wasn’t necessarily simple when we were children – our friends still had to have our back at a young age, and we should celebrate them for it.

The Corrs – At Your Side

Irish family pop rock band The Corrs’ third album “In Blue” went to number one in an astonishing 17 different countries, and amongst the tracks is the melodic affirmation of friendship “At Your Side”.

The gentle refrain is both powerful and comforting, just like a hot cup of tea and a much-needed chat with your best friend. The lyrics echo those companions that are there through thick and thin – with the simple line promising “And I'll pull you through, I will understand” summing up all we really need from our friends when we open up to them. 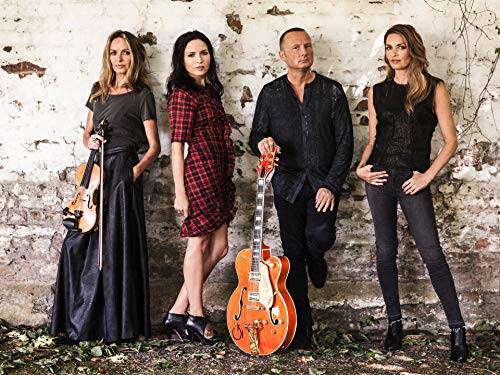 Tommy Sands - There Were Roses

Next up is a song that I personally find extremely powerful, about a friendship between two young friends in Northern Ireland during the Troubles. Originally written by Tommy Sands, “There Were Roses” is based on the true and tragic events of his childhood – in which he was friends with both “Allan Bell" and "Sean O'Malley", a Catholic and Protestant who loved each other despite the political strife that surrounded them: “When we heard the sound of drums/We said it won't divide us/We will always be as one.”

“Allan”, was murdered by Republican paramilitaries and in retaliation a Catholic was killed by the Loyalists – and in a sickening swoop of irony, they chose the friend of the very child they were supposedly avenging. 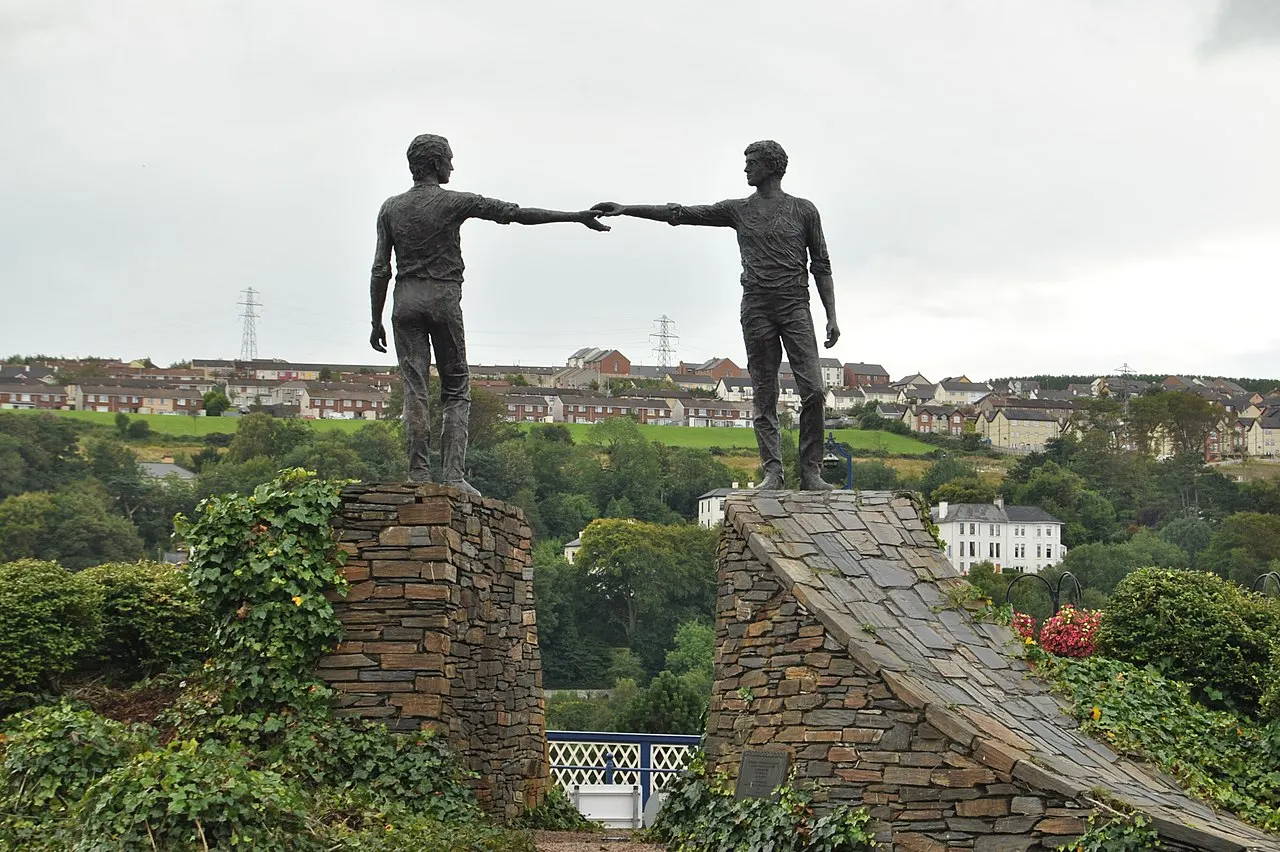 Hands Across the Divide Sculpture in Derry - diego_cue

Despite the reassurances in the first verse that the song is “not to make you sad”, it’s very likely to do just that – as you reflect on the senseless violence that tore families and young friends apart. However, amongst the sadness there is the beauty that the friendship of these children transcended the Troubles, and that they cared for each other regardless of which side of the divide they found themselves on – and that is the truest friendship anyone can ever imagine.

The kind of friendship sang about by the (mostly) Northern Irish band here is of a rather different nature – but just as critical in shaping us as people.

The story that runs through “My Favourite Friend” seems to travel through a person growing up and leaving their imaginary friend behind, but not before they acknowledge how important that friendship was to them: 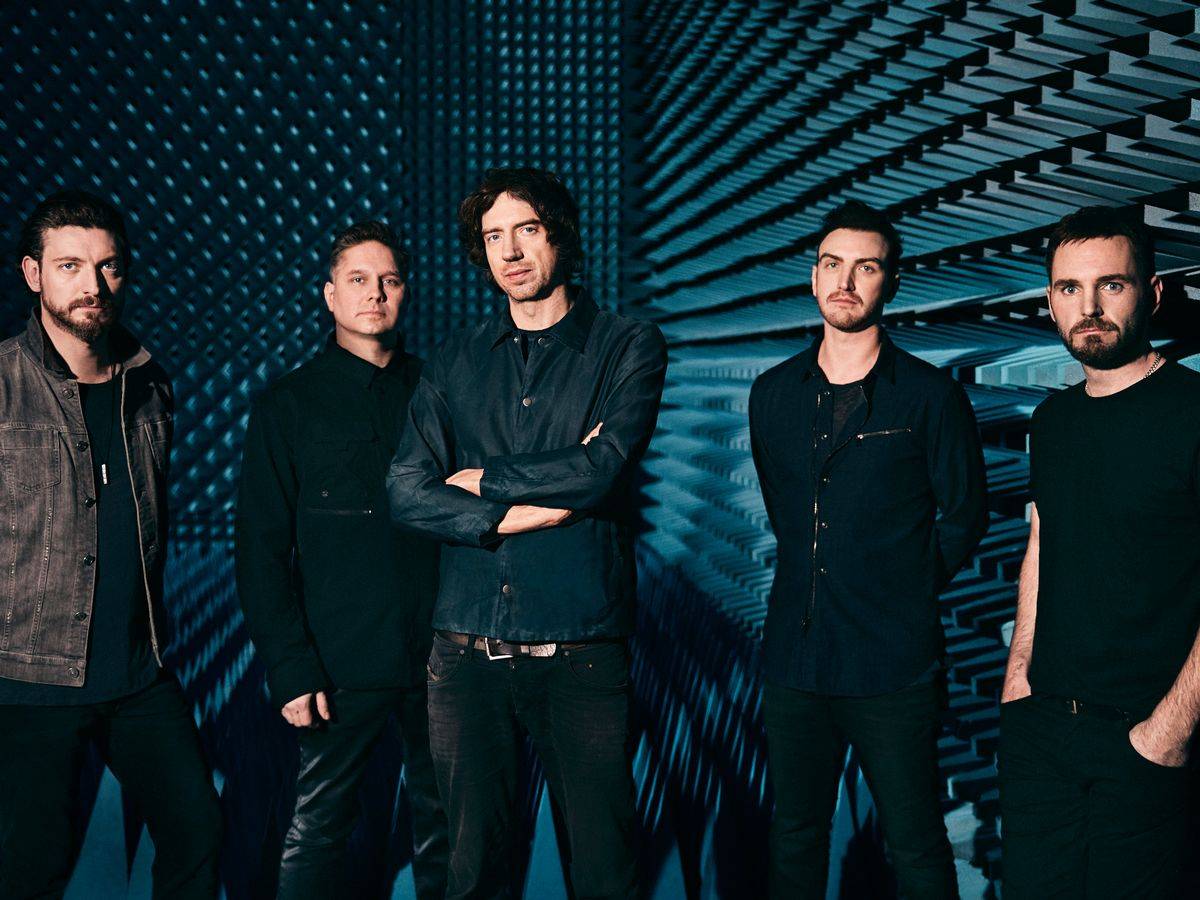 Snow Patrol’s fuzzy electro-rock track from their first album by no means has the complexity and depth of their later work – but I always think that they touch upon something special about the excitement and innocence of childhood relationships in this piece. A notion that, in my opinion, they would go on to perfect in “The Garden Rules”.

Gift an Irish at Heart Box to a Friend Here

Thin Lizzy - The Boys are Back in Town

Now for an anthem that probably needs absolutely no introduction to anyone: The Boys are Back in Town. 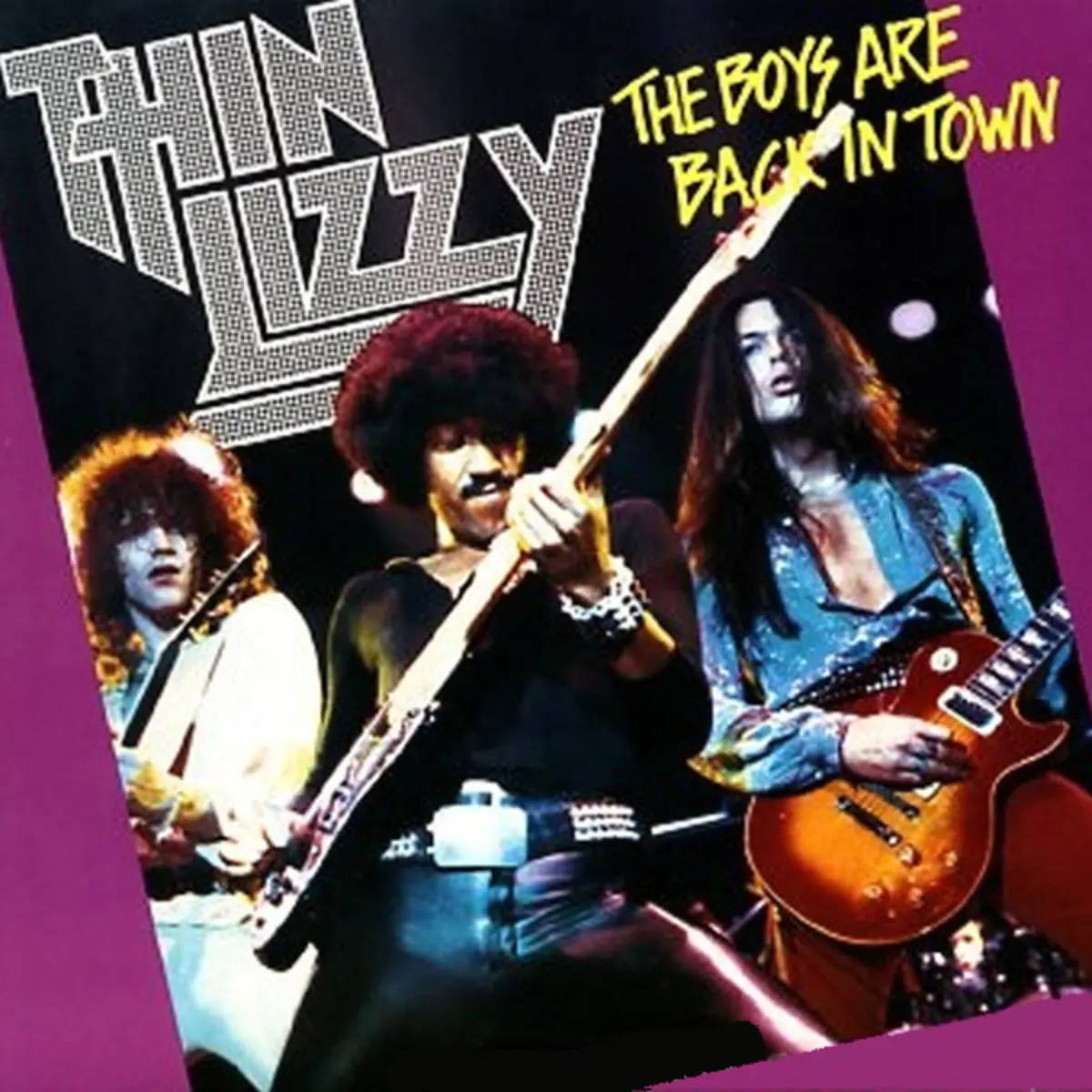 Thin Lizzy’s hit single from the album Jailbreak, has featured on more movie soundtracks than I can begin to mention, always carrying this wonderful can-do atmosphere as a team regroups to win the day.

Phil Lynott was inspired by his observations of the “Quality Street” gang which frequented his mother’s pub during his time in Manchester. While I’m sure the majority of our Irish at Heart family don’t belong to any street gangs, the song carries an uplifting sense of camaraderie which I’m sure many of us can relate to our friend circles. Whether you’re dancing at a wedding with loved ones you haven’t seen in forever, or indulging in some Friday night karaoke with your regular crew – it’s a song that will get the group riled up, as though you’ve never been apart.

This isn’t exclusively a song about friendship, and probably originated in Scotland – but it’s simply the perfect note to end on, and I’m going to make a strong case for its inclusion on this list.

Dating back to the 1600s, the song has been covered extensively in modern times – with everyone from the Clancy Brothers, to Hozier and even Ed Sheeran giving it a lash in their time.

While the lyrics themselves may have hailed from our Celtic neighbours, the Irish adaptations of the farewell ballad have cemented the song’s place in our culture and determined both its style and popularity today. The words touch upon the significance of companionship – but it’s rather the time at which this song is sung which makes it a great ode to friendship.

The Parting Glass is sung amongst friends as they lift the last glass of the night; to one another, to good times and bad, to the times they’ve had together and those they’ve spent apart. Whether it’s played by the band, sung (out of tune) by the group, or simply fired up on Spotify – it’s the perfect way to end the night, and a wonderful bonding experience for all present. 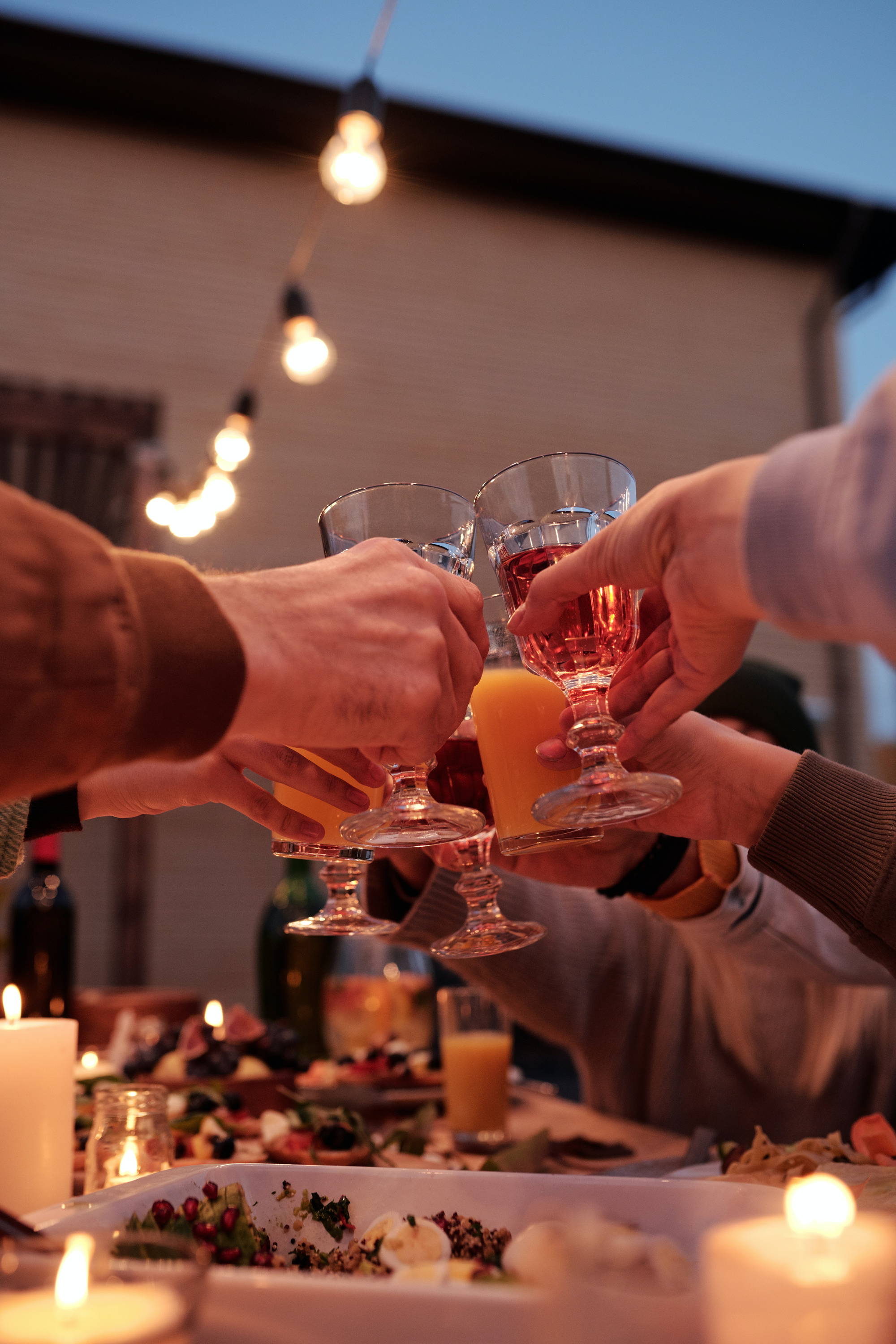 Are there any Irish songs in particular that remind you of the strong bond of Cairdeas? Let me know in the comments below!

Subscribe Now
Back to The Irish at Heart Blog - Celebrating Everything Irish!
Use left/right arrows to navigate the slideshow or swipe left/right if using a mobile device
x