The Celebration of Samhain Since we’re getting into that spooky time of year, we thought we’d delve back into the mystical meaning behind Samhain – the Gaelic celebration of the end of harvest, and the ancient Celtic invitation for the dead to walk amongst the living once more. Samhain literally means “Summer’s End” in old Irish and is considered the first of four seasonal festivals observed in the Gaelic calendar. Beginning at sundown on the 31st of October and carrying on through the 1st of November, it marked the boundary between the lighter part of the year and the darker, and embraced both sentiments in its festivities…

Evidence of the significance of Samhain dates back as far 2500 BC, with burial tombs being positioned in such a way to coincide with the sunrise at that particular time of year, and written references from the 4th century – among the earliest Irish literature ever discovered. It is thought that it began as a pagan agricultural ritual, in which livestock would be slaughtered for the winter, and offerings were made to appease Gods and spirits for protection against any upcoming months of hardship. 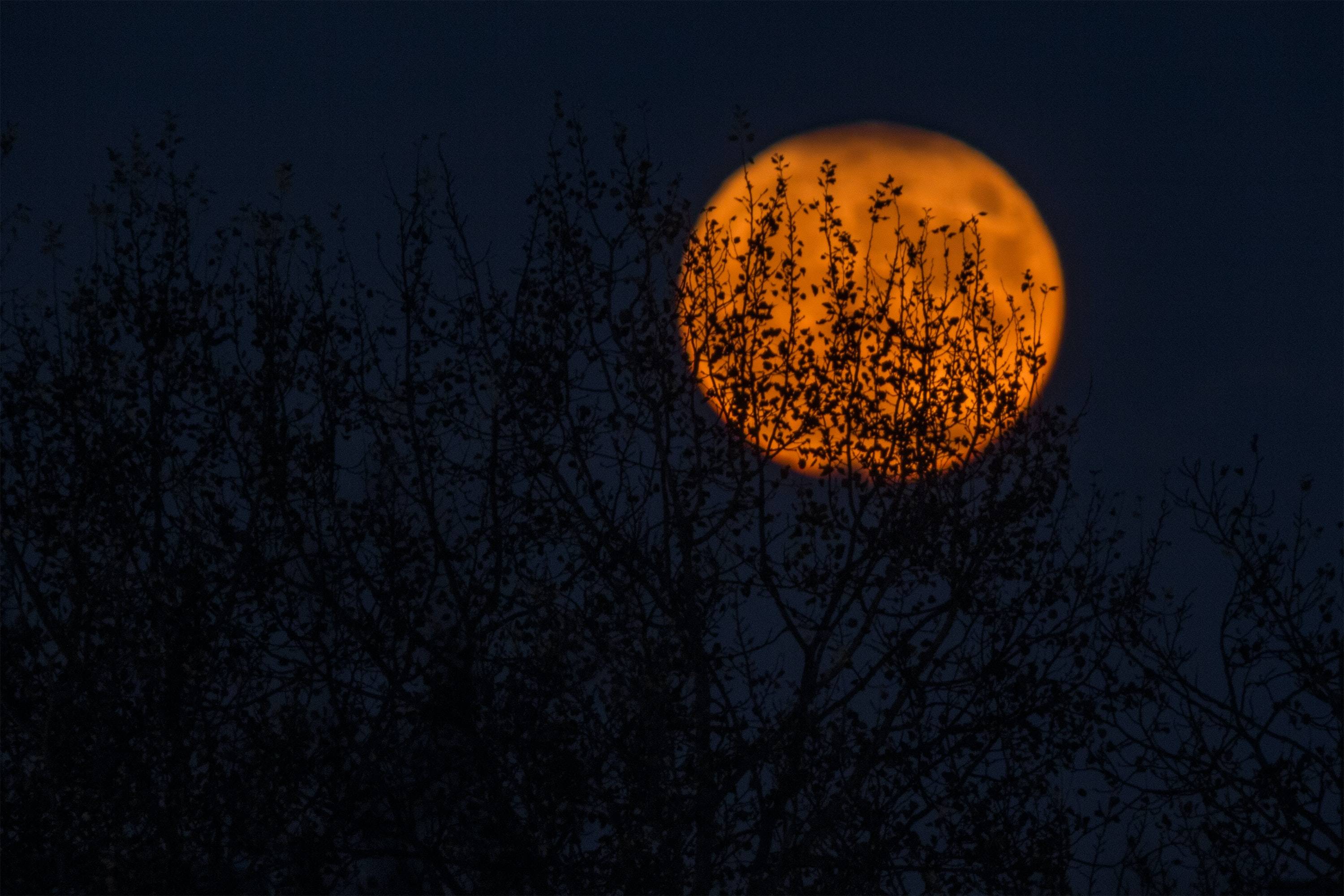 It wasn’t until the 9th century that the occasion undertook any kind of Christian significance, when Pope Gregory IV shifted the date of All Saints Day and All Souls Day from May to November 1st and 2nd respectively. Perhaps this was to coincide with the already existing practices of honouring the dead on this day or merely because this time of year coincided with the seasonal ‘death’ of the natural world around us. 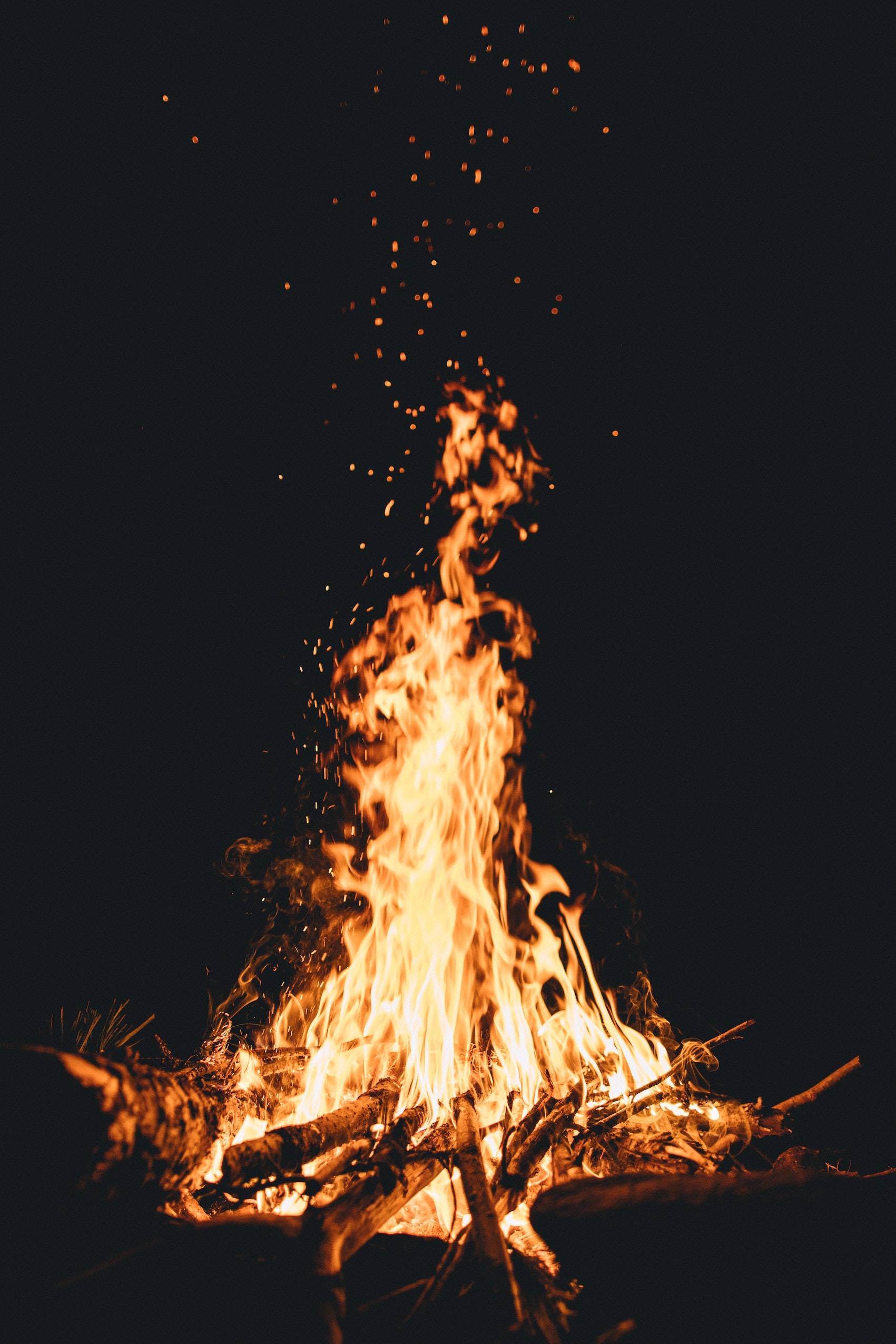 While this all sounds very dark and serious, it was also a cause for feasts and celebrations. Similar to the way we celebrate New Year in today’s calendar, Samhain was seen as a new beginning and a chance to cleanse yourself for a fresh start. This was often symbolised through the lighting of bonfires, which served several purposes in the ancient traditions of Samhain.

First of all they were thought to have protective and cleansing powers, and things that were no longer needed (such as old cattle bones) were symbolically cast onto the fire in order to clear the way for a fresh start, with the smoke and ashes that resulted expelling purgative energy. In some rituals two bonfires would be arranged in close proximity to one another, so that members of the community themselves could walk between them and be cleansed of the troubles from the previous year.

The lighting of fire was also seen as a way of fending off the darkness of winter, lending the heat and light of the flames to the dwindling sun, in order to strengthen it in the months that lay ahead. However, amongst all this symbolism, sacrifice and sun worshipping, there lay a perfect excuse for a party of which the Irish have never been known to pass up –and so began the feasts and festivities to which all were invited.

However, when we say all, we certainly mean it. Samhain was not just marked by the turning point in the seasons, but also in the underworld – and it is said that on this day the barriers between the worlds of the natural and supernatural were at their thinnest – enticing all kinds of guests to join the festivities.

While today the thought of the dead walking amongst us is enough to send shivers down our spine, in ancient Ireland it was seen as an opportunity to spiritually reconnect with passed loved ones. It is thought on this day that the souls of the deceased would visit their homes once more, and steps were taken to include them in the celebrations – with some families even setting places at the table. It was a symbolic gesture of course, but hopefully appreciated all the same. So, while Samhain held no fear of ghosts, and embraced their presence on this remarkable day – it wasn’t just cherished family members of yore that took advantage of the weakened barricades to roam amongst us… 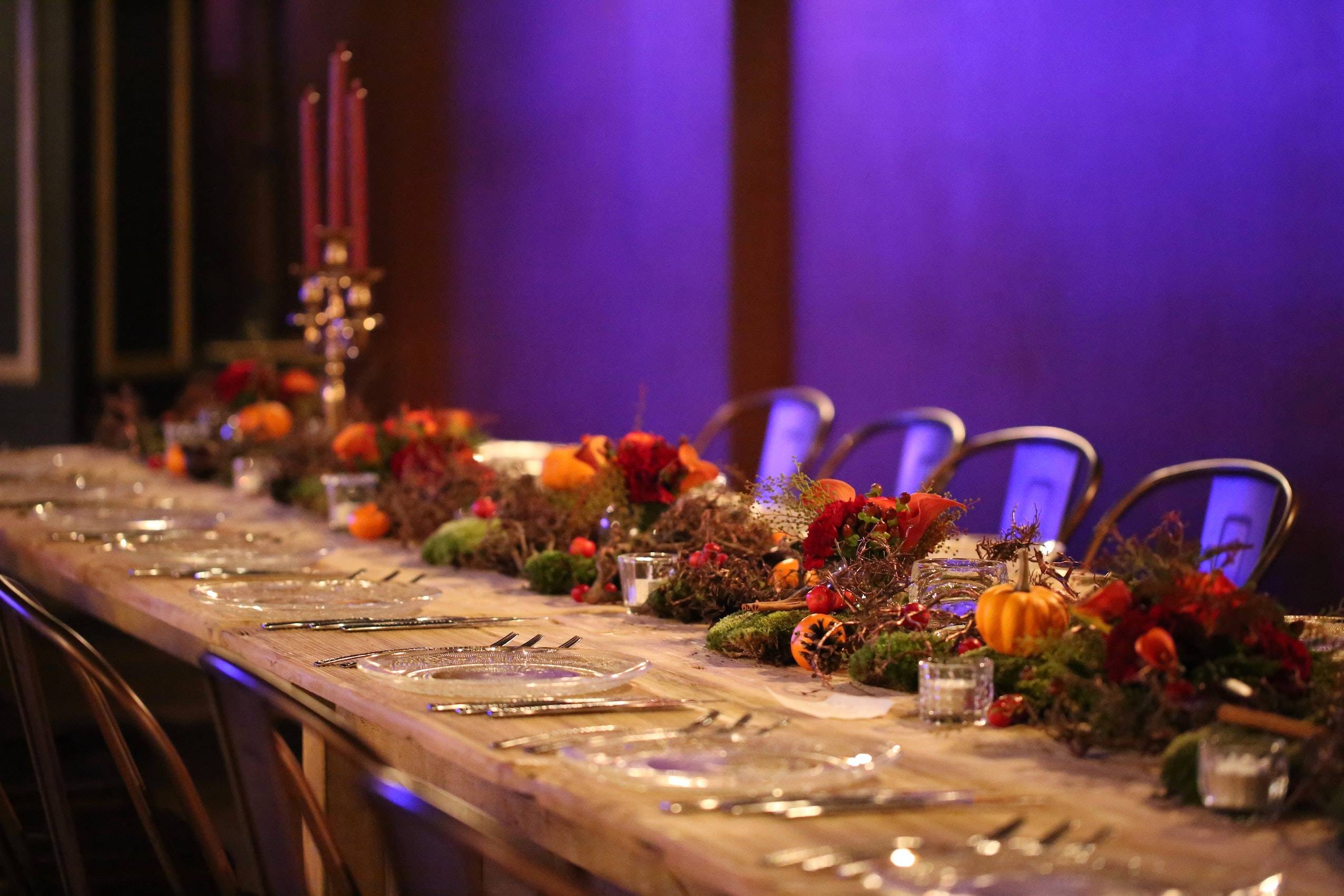 The spirits and faeries of the underworld, known in Ireland as the Aos Sí, also used Samhain as a chance to wield their power over the unsuspecting humans who walked above ground. Those of you who read The Legend of Fionn mac Cumhaill and the Burner of Tara will know the mischievous and often dangerous consequences that these visits could wreak upon us, so it’s understandable that certain precautions were introduced to protect mere mortals from any malevolent magic that could be lurking in the shadows. 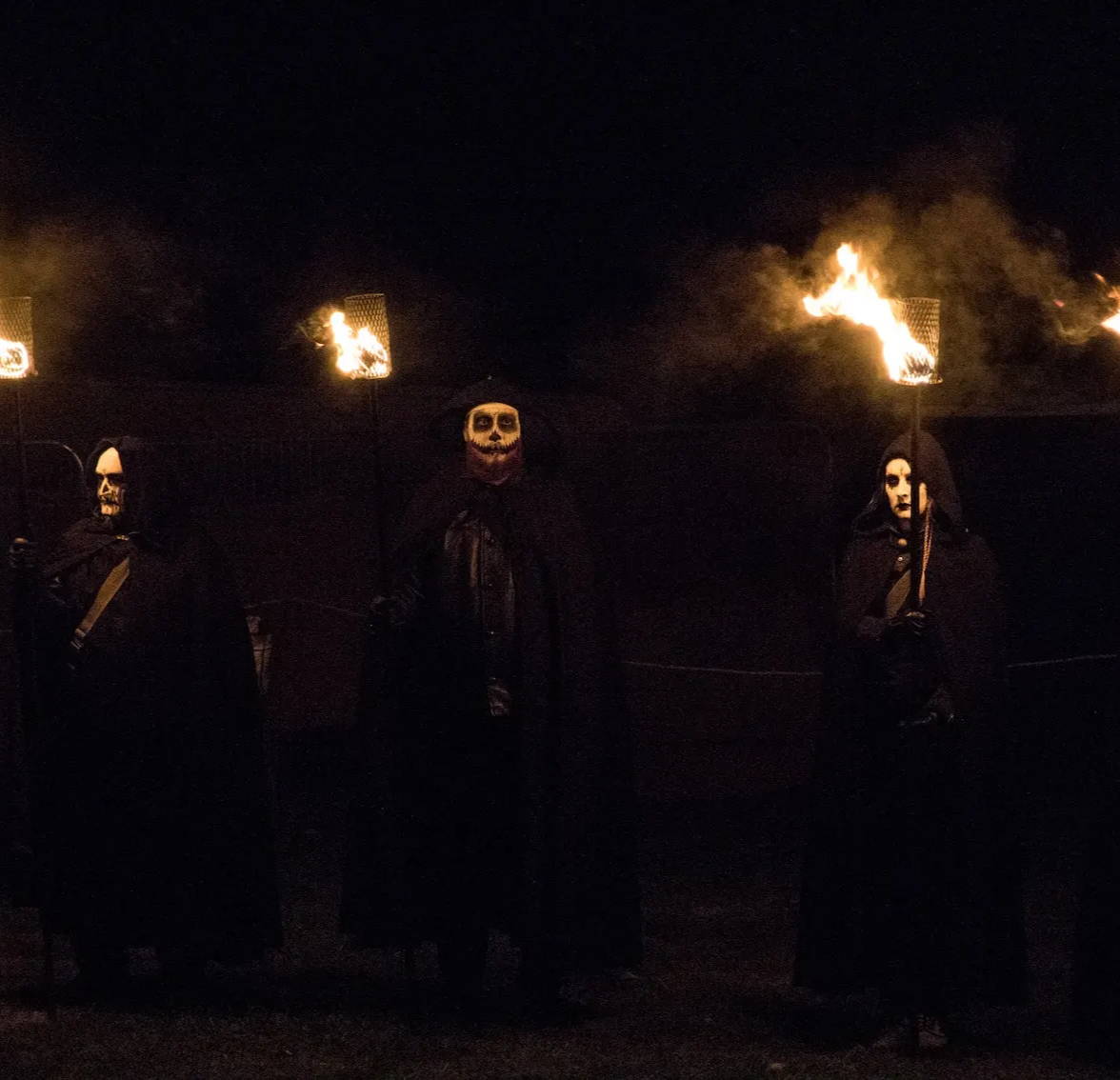 One method of defence was to dress up as the Aos Sí themselves, so the faeries would be tricked into thinking that you were one of them and would not mess with you. These disguises turned out to be beneficial in more way than one. Not only could you veil yourself from any untoward spells, but you could also trick fellow humans into believing that you wielded these powers yourself. From around the 16th century those in costume, or guisers as they became known, would make their way around people’s homes and sing verses, receiving small gifts of food or coins (meant for appeasing the Aos Sí) in return.

Of course, hidden identities always present an opportunity for a bit of mischief making in itself, and pranks or tricks started to be played that could easily be blamed on those pesky pixies that had conveniently returned to the underworld.

It’s not difficult to see how these evolving traditions eventually paved the way for the ‘Trick or Treating’ which is practiced all over the world in modern culture. While it’s much more commercial than spiritual these days, it certainly has strong historical origins which have been sprinkled with just a touch of Irish magic.

Guising isn’t the only Irish tradition to be incorporated into today’s celebrations of Hallowe’en. The concept of bobbing for apples also has roots in Celtic customs, and the hazy art of divination. If one were to dunk their face in the water and draw out an apple in their teeth it was said that they would be lucky in love (or the next to marry). There are other tales that suggested cutting the apple open and counting the seeds could be a reliable way to foretell the number of children that the catcher would bear. 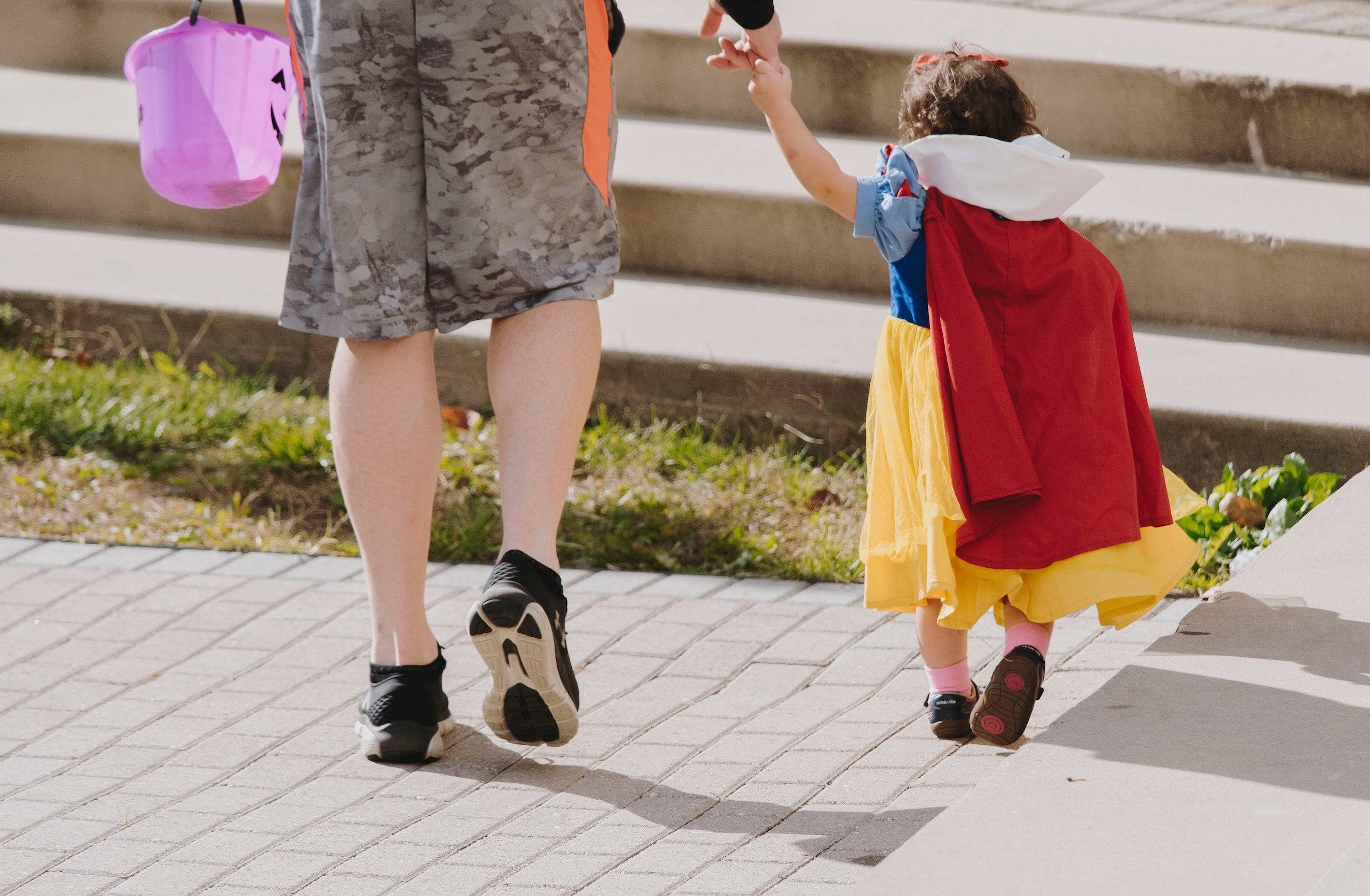 In Ireland (especially Kerry) this game is often referred to as “Snap Apple” and could also take the form of blindfolded participants trying to take a bit of an apple that has been suspended above their heads on a piece of string. Nowadays the fruit tends to be abandoned for less prophetic and altogether messier snacks – such as treacle scones or jam filled doughnuts.

The mass transatlantic immigration of the Irish and Scottish in the 19th century brought all of these customs and more into North America, and while they were initially resisted as pagan influences – it wasn’t long before the US were embracing the traditions of Samhain into their own harvest culture. For this our ancestors must be forever grateful, for the practices were becoming less and less popular across the pond with the bright lights of Bonfire night being favoured by everyone but the Irish and Scottish. 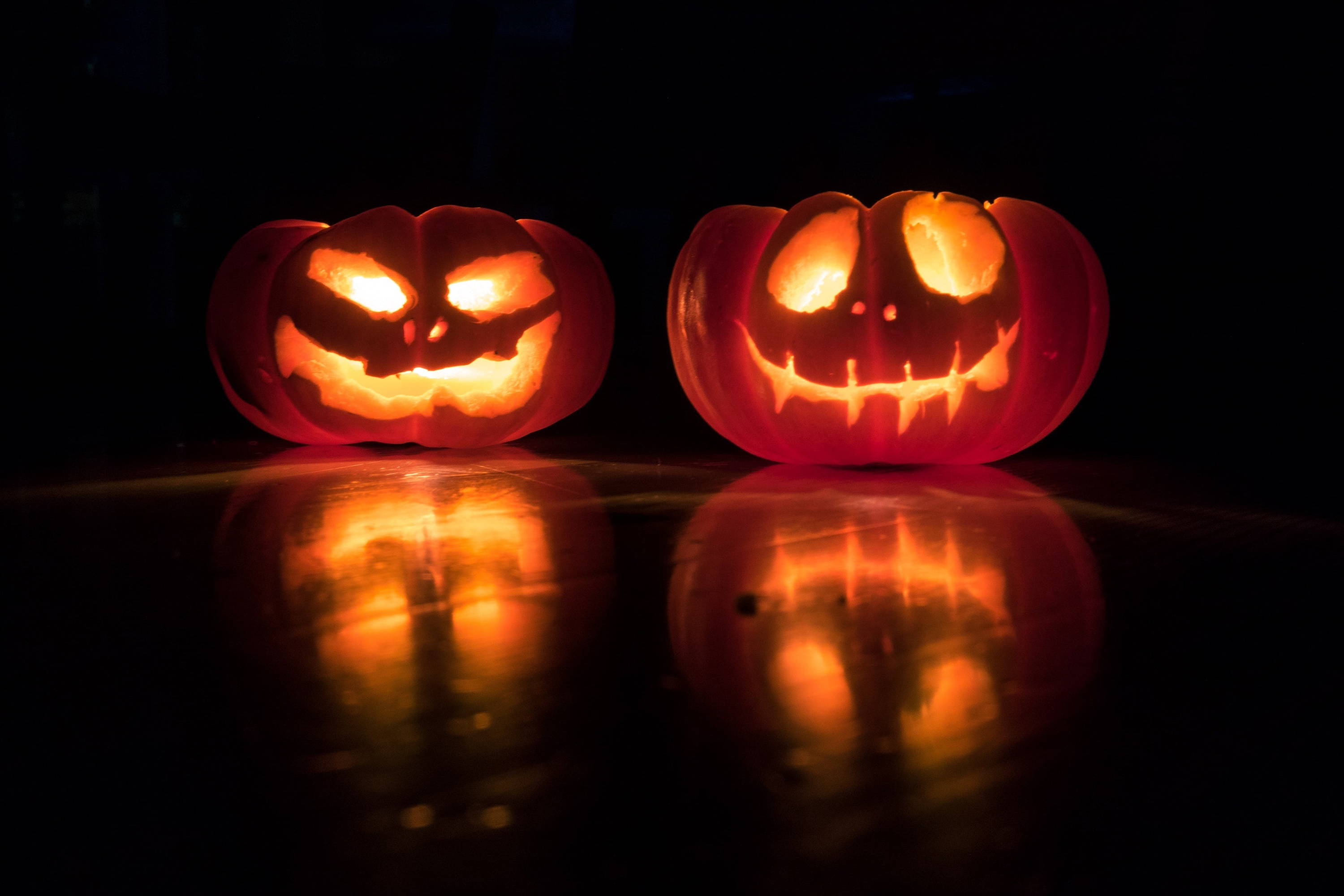 Today Samhain enjoys a global rejuvenation in the form of Hallowe’en, in which Celtic heritage is remembered in a thoroughly contemporary manner – allowing age old traditions to survive in a modern world.

What’s your favourite Samhain or Hallowe’en tradition? Tell us in the comments below! And remember, you can rely on a little Irish treat at your door every month when you sign up for our Irish at Heart subscription box (no tricks… we promise).