Our latest theme finds us delving into the realm of Faeries and Folklore, with a stunning touch of Irish magic set to land on our subscribers’ doorsteps later this month. Until then we thought we’d explore the names and natures of the characters at the heart of Irish mythology – the Faeries themselves.

We all know of the cheeky green-clad leprechaun and his roguish ways, but the world of Irish folklore is a much deeper (and sometimes darker) place than that which the St. Patrick’s Day greeting cards would have us believe.

There are numerous tales of magical creatures living alongside us in the shadows, some of them peacefully and others much less so, but each is just as fascinating as the next… 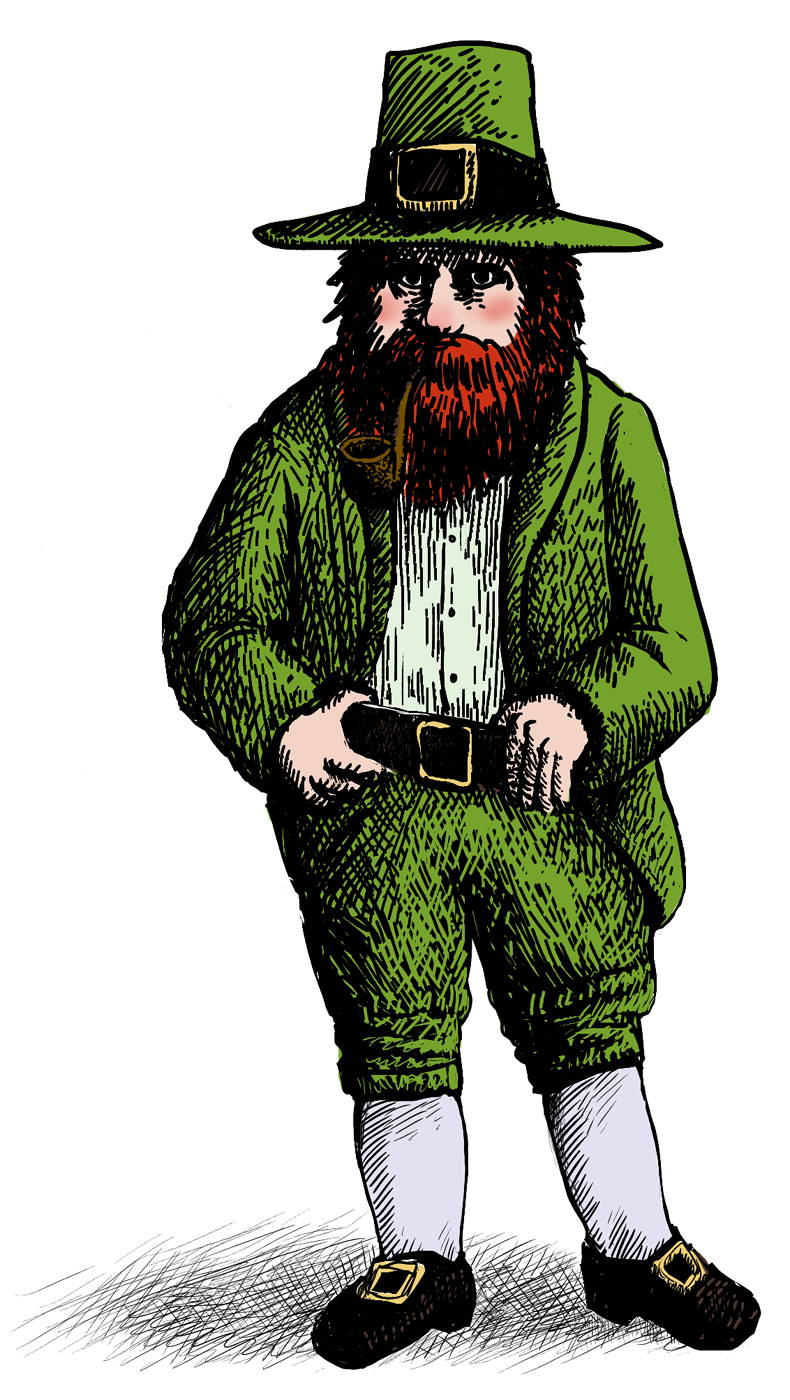 Perhaps Ireland’s most famous export in the world of mythology, Leprechauns are diminutive creatures who appear as wrinkled old men with a notable talent for shoemaking and mischief!

Celebrated as the guardians of the pots of gold that are hidden at the end of the rainbow, Leprechauns when caught will promise great wealth in return for their freedom. However, the petite pranksters are said to gift their captors with gold that will disappear before it can be spent, conveniently reappearing in the sprite’s own pockets!

The Clurichaun is often mistaken for a Leprechaun, but despite their similarities in appearance – the two engage in very different interactions with humans.

Clurichaun appear to put more of their energy into the “mischief” side of things – leaving the shoemaking up to their hardworking Leprechaun cousins. Often to be found prowling the floors of breweries, wine cellars and pubs (helping themselves to a beverage or two along the way) Clurichaun are prone to tempers and can inflict chaos on their unwitting human landlords if provoked, while your average leprechaun seems to prefer a much milder method of mayhem.

These subtle differences have caused many to conclude that the Clurichaun is merely a Leprechaun on a drinking spree, but we’ll let you be the judge of the if you ever happen to come across one… 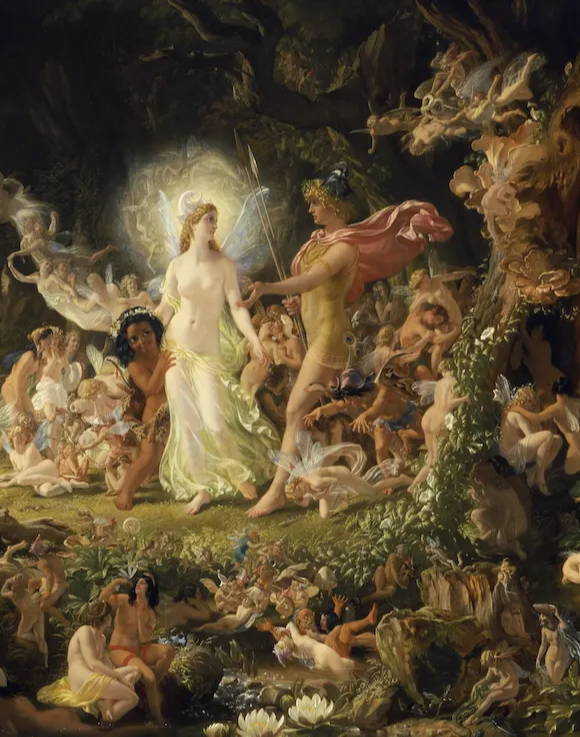 When W.B. Yeats spoke of faeries he broke them down into two categories – the solitary faeries (such as those described above) and trooping faeries which are known to live amongst together in groups and can occasionally be seen travelling in long processions.

Falling into this second classification is the aos sí, a supernatural race of faerie people who live in their own magical underworld hidden away from the prying eyes of humans.

The daoine sídhe (meaning people of the mound) are frequent protagonists of Irish folklore and can be both helpful friends and terrible foes to their human neighbours.

The entrance to their world is often marked by mounds of grass, rings of mushrooms or special trees to protect their existence from being discovered. If you see such an occurrence in Ireland, bestowing a small gift of milk, fruit or baked goods is said to please the creatures, while attempts to damage or enter their homes will incur the full wrath of the “Fair Folk” – who are characteristically protective of their abodes.

One of the ways in which the aos sí choose to punish wrongdoers in Irish folklore is by sneaking into a human home in the dead of the night and stealing their new-born child, replacing it with one of their own – a changeling.

While the human baby is whisked off to the underworld to be loved and cared for by the Faerie Folk, the changeling left in its place would bring a great deal of hardship to its new human parents. 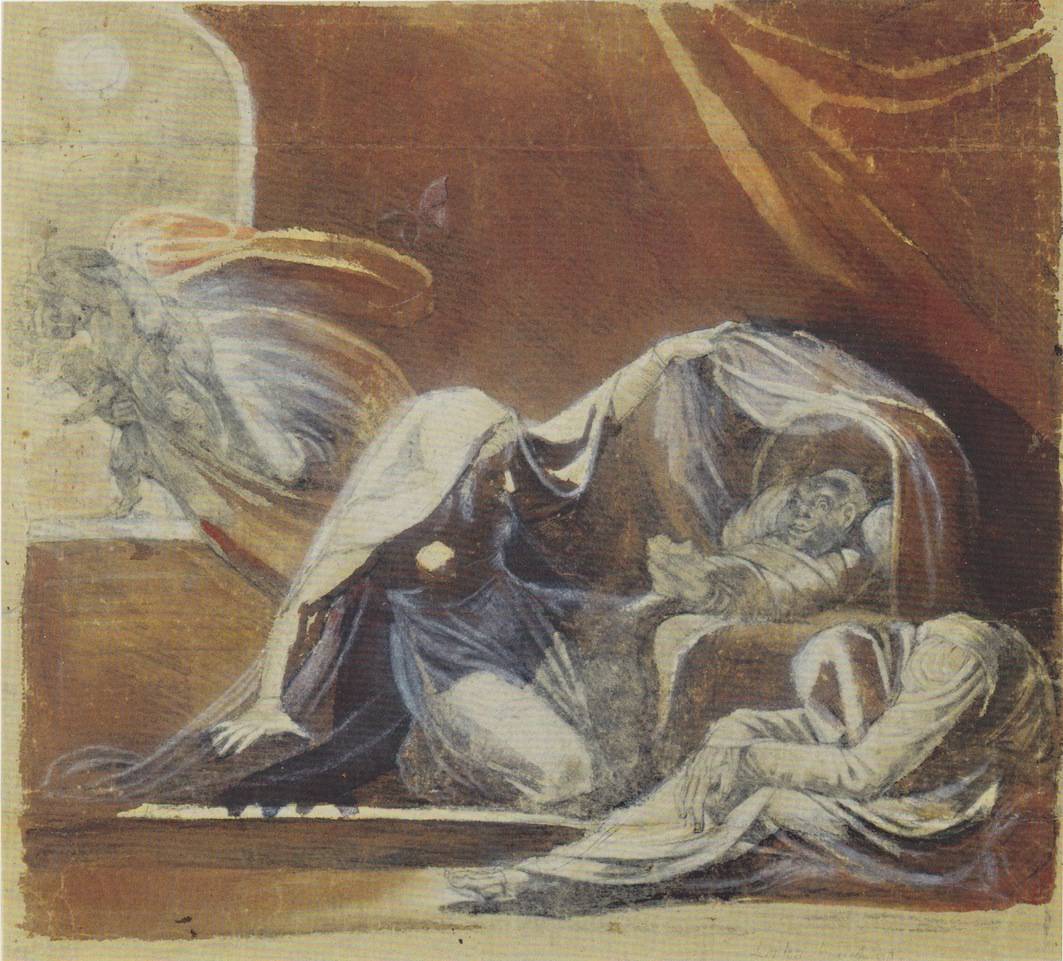 They have characteristically bad tempers, screeching and wailing from wizened little faces with keen eyes displaying a dark intelligence far beyond their years. It is said that these grisly creatures begin to grow long sharp teeth and downy beards at just a few weeks old.

If that wasn’t enough to convince you, then you could always try handing the suspect a fiddle. Changelings are known to have an extraordinary aptitude for music, so if your new-born baby can crack out a jig on the strings then it’s probably fair to be suspicious… 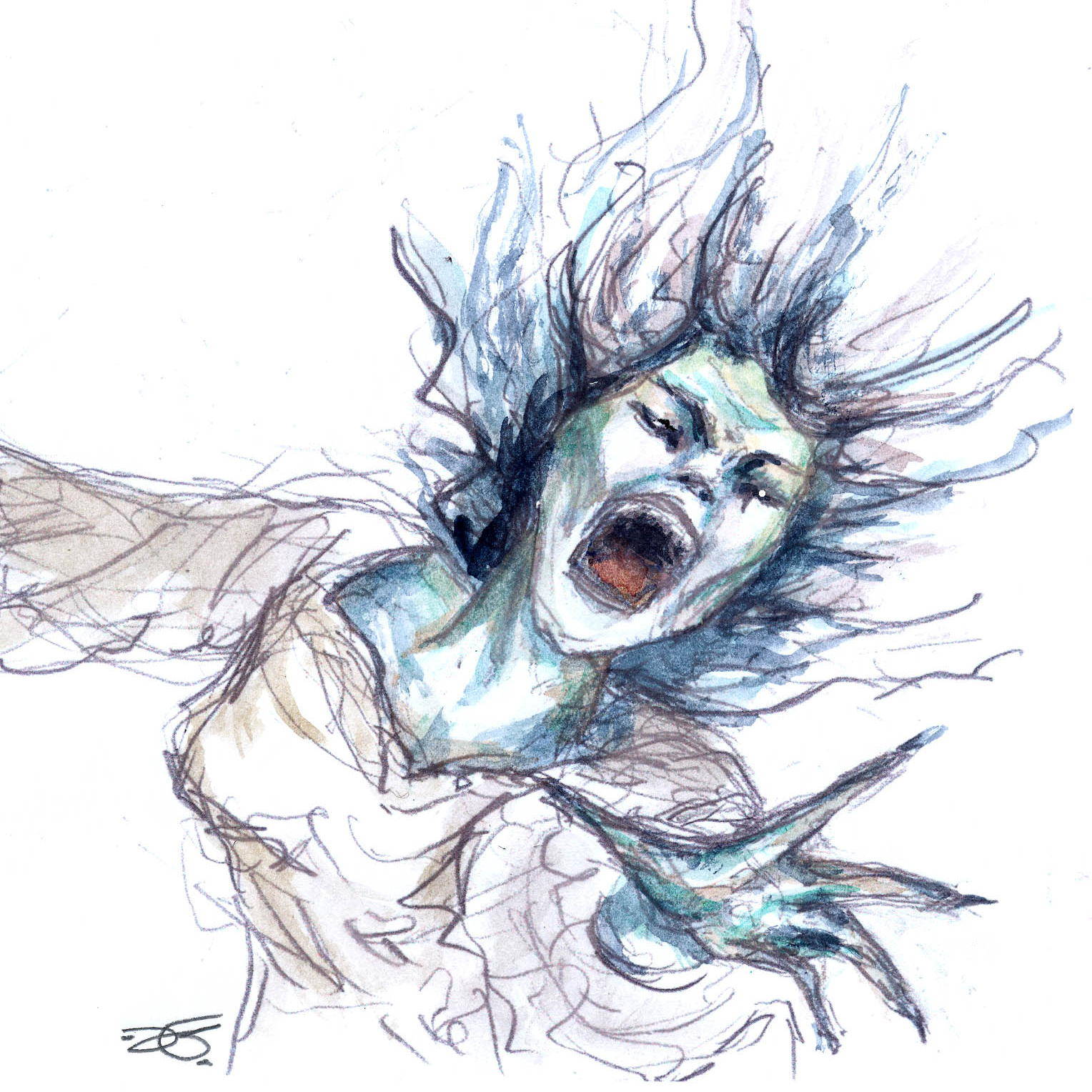 The ‘ban síde’ means ‘the woman of the sídhe’ and is known to raise herself from her supernatural home amongst the aos sí to roam the earth above.

The dreaded banshee is not a creature that you want to meet while exploring the Irish moors at night. This cloaked female spirit is known as a harbinger of death, and those who hear her terrible wail quake in fear – as it heralds the passing of a family member.

It is said every Irish family, particularly those with an O’ or Mac prefix, has its very own Banshee – the apparition of which brings news of passing kin from all over the world.

The Púca is the shapeshifter of Irish mythology and has been known to use its fluctuating forms for both good and evil.

The fearsome faeries can take on any appearance they wish, such as a dog, a raven, a goblin or even a human – although with the latter option they always retain tell-tale animalistic characteristics, such as swishing tails or floppy ears.

Of all their shapes, however, the favourite appears to be that of a dark, wild and majestic horse that offers humans a ride upon its back. If you were to accept you would experience the most thrilling and terrifying journey of your life – as the mischievous Púca dashes through the rural Irish countryside at breakneck speed before dropping its unwitting cargo right back where it started. 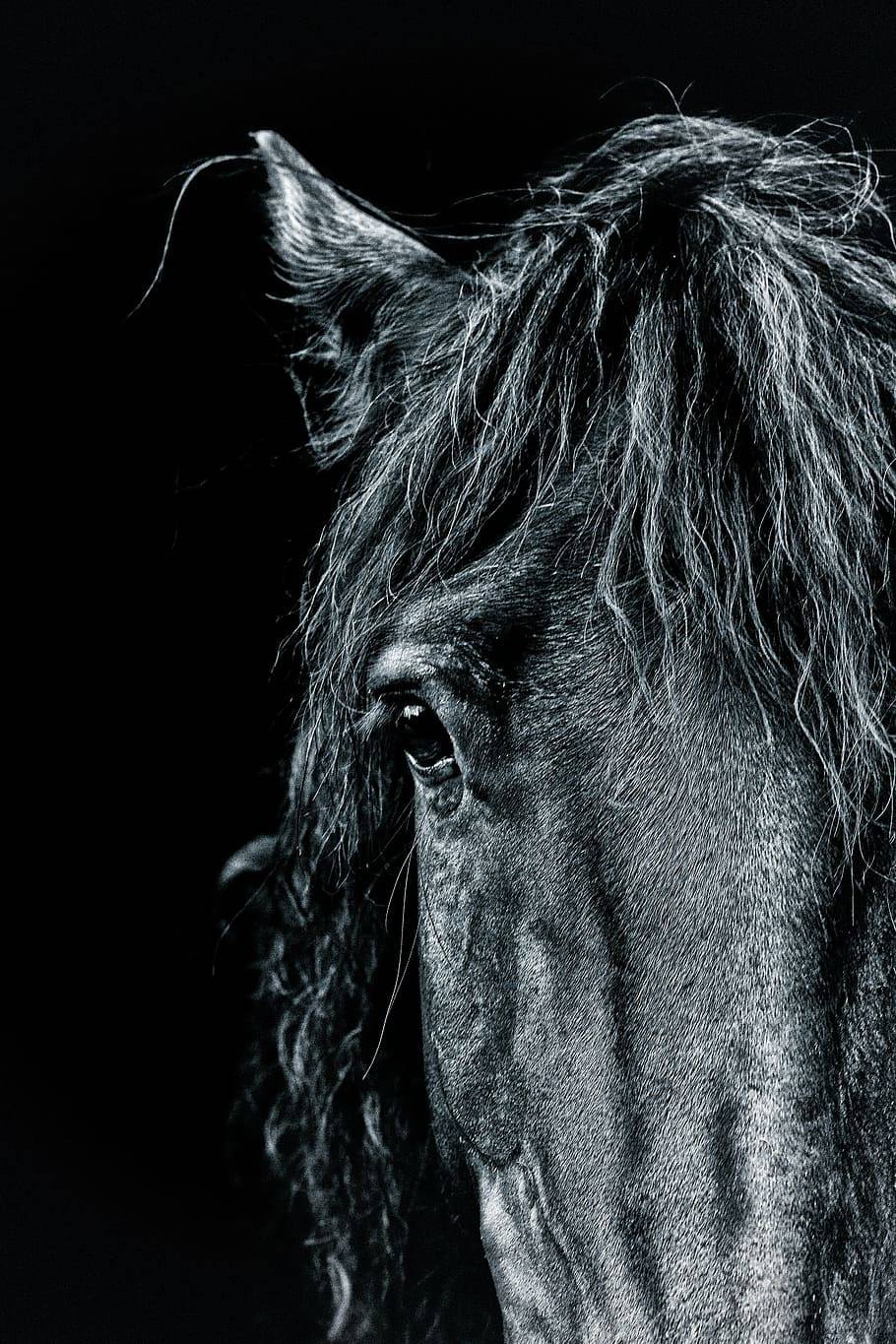 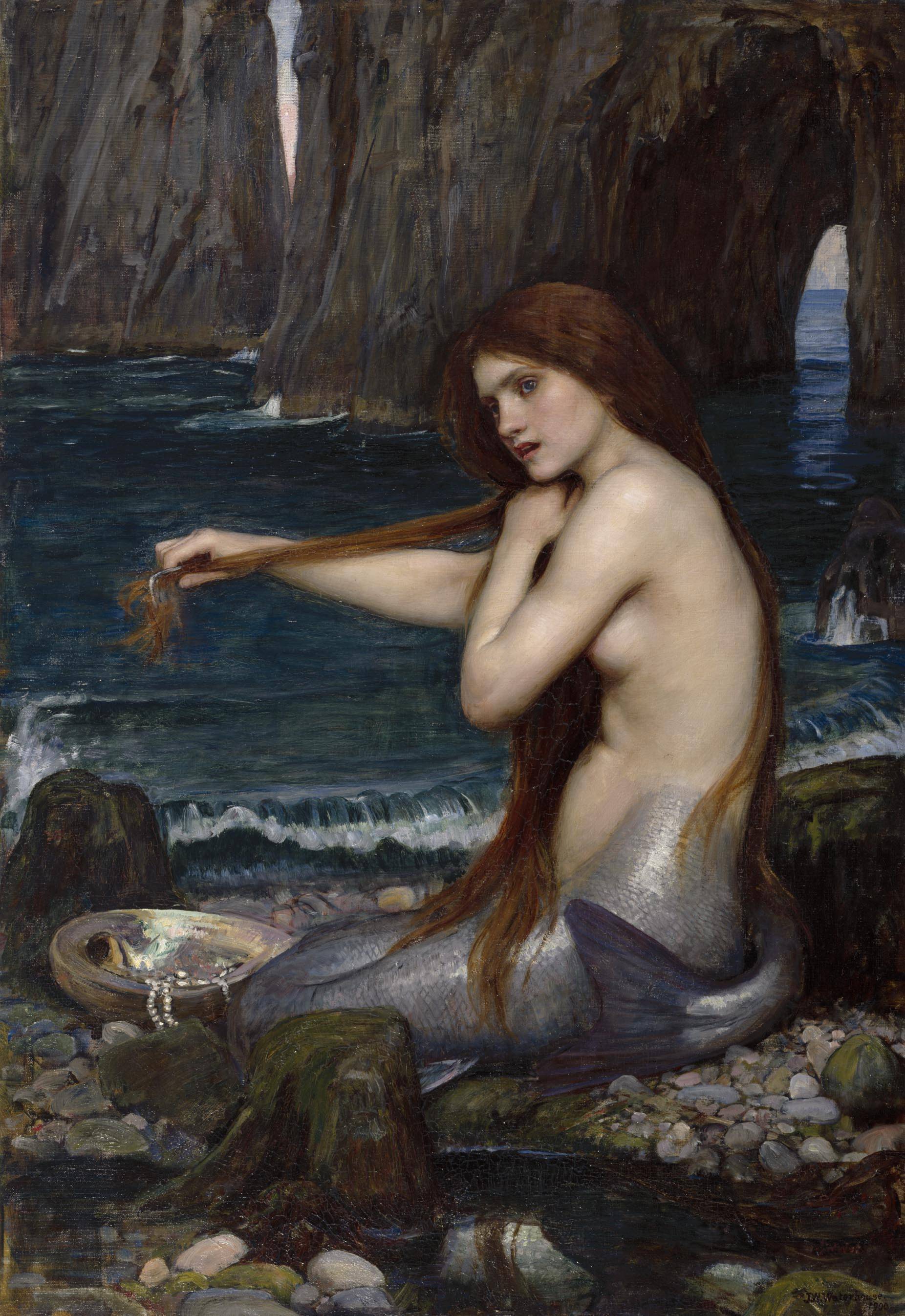 Merrows are Ireland’s answer to the mermaid and have weaved their way through mortal lives and folklore over the years.

The females are said to be beautiful creatures, with flowing locks and the feminine form of a human from the waist up, with a glimmering tail of green scales for powering their bodies through the waves. The features of the menfolk, however, are said to much less appealing – with scaly skin, sharp teeth and piggy eyes – and a malicious nature to match!

Perhaps this is why so many merrow look to the land for love, removing their shapeshifting cap (known as a Cohuleen druith) to shed their tail and walk on land amongst the humans. However, their hearts will always belong to the sea – as many a jilted husband of Irish folklore can attest!

Not to be confused with a merrow, the Selkie is also a sea-dwelling sprite commonly found in the waters of Irish mythology.

Taking the form of a seal, selkies are said to shed their skin when they come ashore, running, dancing and rejoicing on the beaches of Ireland until the calls of the sea become too great and they take up their coats and return home. 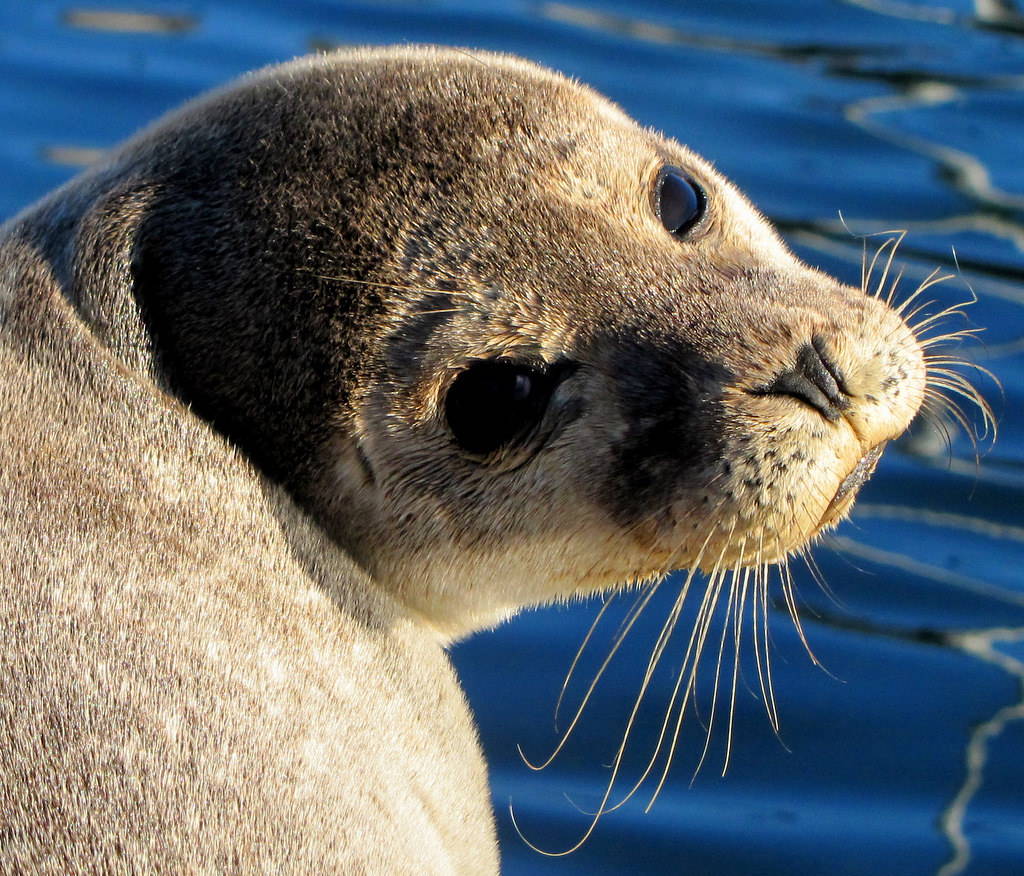 Selkie are also known to marry humans and live their lives on land, often with the husband hiding the magical skins so as to remove any temptation on part of the wife to leave her landlocked life behind her.

Can you think of any other Faerie creatures that you’ve come across in Irish folklore? Tell us more in the comments below, and don’t forget to sign up for your own little box of Irish enchantments!