The Magic of Faeries in Irish Literature For as long as there have been Irish writers, there has been an Irish fixation with Faeries and Folklore, and there are very few of our great literary heroes who haven’t touched upon the subject at least once in their careers.

It doesn’t matter how intellectual you are or how much you pride yourself on logical thinking, for the Irish, there’s always that glimmer in the corner of your eye that might just not belong to this world. Perhaps it’s a result of being brought up hearing the tales and adventures of our heritage so often that they almost feel real, or maybe it’s the natural impishness in us that needs a creative outlet

Whatever it is, with great imagination comes great ability as displayed by this (by no means exhaustive) selection of fanciful folklorists below. If we’ve missed out your favourite accounts of Ireland’s mystique, then head to the comments section to share your tales with the Irish at Heart community!

Yeats is probably the name that jumps to most of our minds when we think of Faeries and Folklore in Irish Literature. The prolific poet and playwright was spellbound by the supernatural world of Irish legends, and this fascination dominated much of his earlier works as he himself declared: “The mystical life is the centre of all that I do and all that I think and all that I write.”

W.B. Yeats was a fundamental force behind the Irish literary revival, and perceived Ireland’s ancient tales and modern belief in the faerie world as a definitive feature of our cultural heritage and creative identity.

This theme was explored in several of his poems and publications, one of the most famous being “The Stolen Child” which was originally published in 1886. Its haunting refrain leading a child into the depth of the Celtic underworld calls to mind the legends of the Changeling and the Aos Sí that we explored in last week’s blog The Faerie Folk of Ireland, as well both the benevolent and malicious tendencies of “the good folk”: 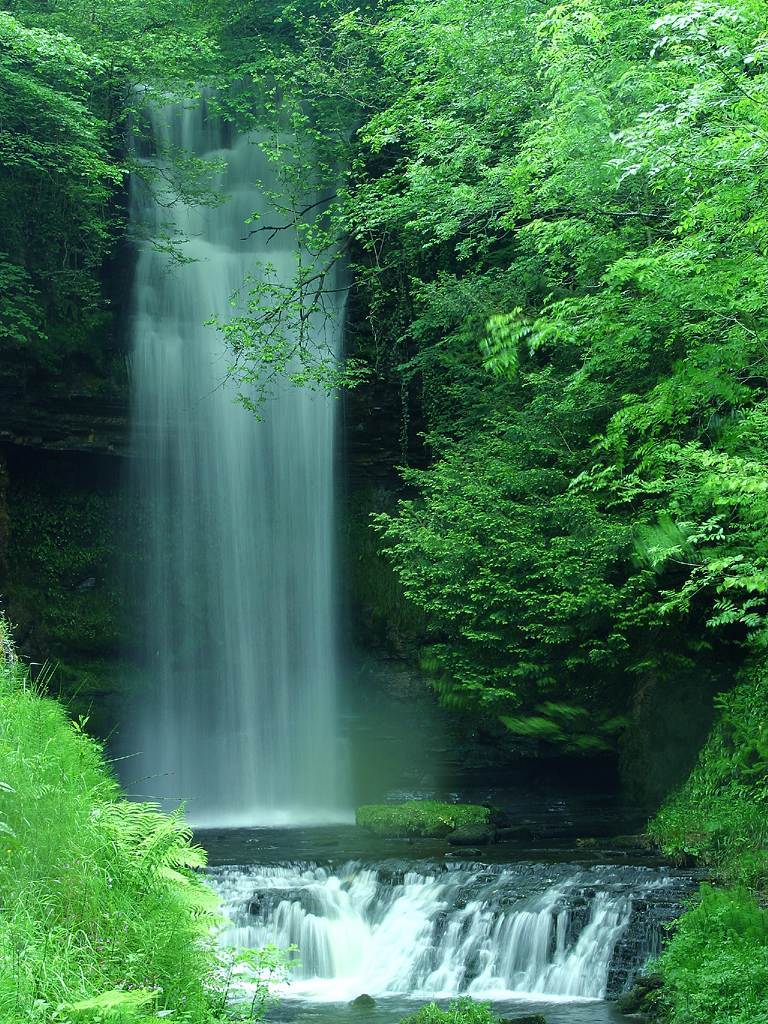 To the waters and the wild

With a faery, hand in hand.

For the world's more full of weeping than you can understand.” 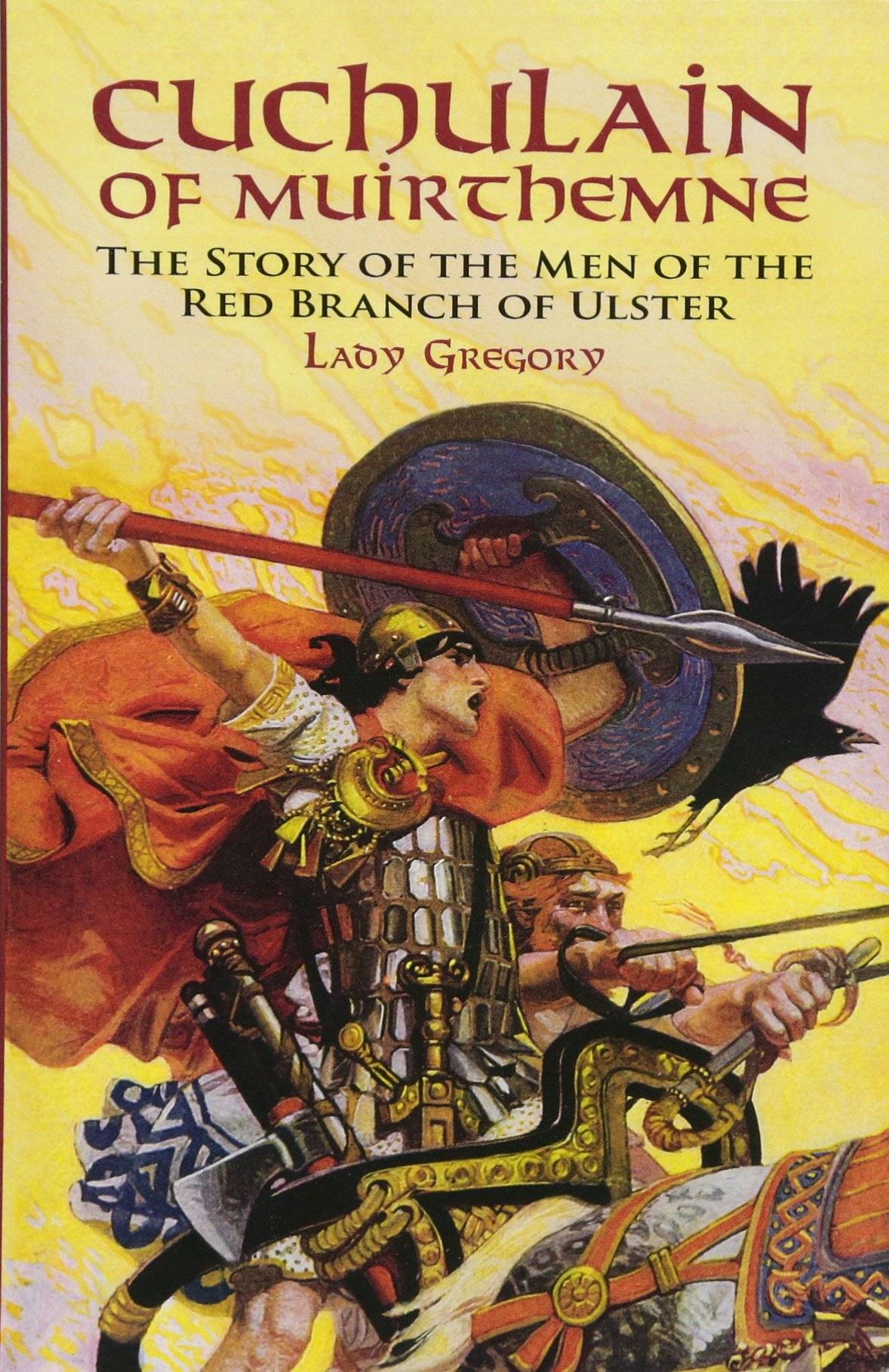 Lady Gregory was a close friend and colleague of W.B. Yeats and was at least as, if not more, significant in Ireland’s outpouring of cultural nationalism at the turn of the 20th Century.

While she identified herself more as a supporter than a writer of the Irish Literary Revival, she was an esteemed playwright of her time, and a fruitful folklorist. She dedicated much of her career to bringing the forgotten legends of Ireland’s past into modern literature, collecting and translating texts from old Gaelic so they could be fully enjoyed by a modern audience. Her book “Cuchulain of Muirthemne” was described by Yeats as “the best to come out of Ireland in my time” which, considering his time, is quite the statement!

Her captivation with Ireland’s mythical world was also apparent in her own work, as she displays her own creatively comedic style of classic folklore in plays such as “The Golden Apple” and “The Dragon”.

While Lady Gregory and her comrades certainly revived a cultural interest in the Faeries and Folklore, they were by no means the first to weave their tales through the volumes of Irish Literature.

William Allingham was a great inspiration to W.B. Yeats and his poem “The Fairies” remains influential in art exploring the darker sides to magic, with several high-profile references appearing in novels, movies (such as Willy Wonka and the Chocolate Factory and even comic books.

The regular rhyme scheme and vibrant imagery have made it an enduring favourite with children; however, adults look back at the once-simple verses and see the subtle warnings of the faeries’ dual nature when it comes to interacting with humans:

“Up the airy mountain,

Down the rushy glen,

For fear of little men;”

So while it’s delightful to imagine the “Wee Folk, Good Folk” in their magical underworld “With frogs for their watch-dogs,” it’s also good to bear in mind that their size is no indication of their power, and he who crosses them “shall find their sharpest thorns/ In his bed at night”… 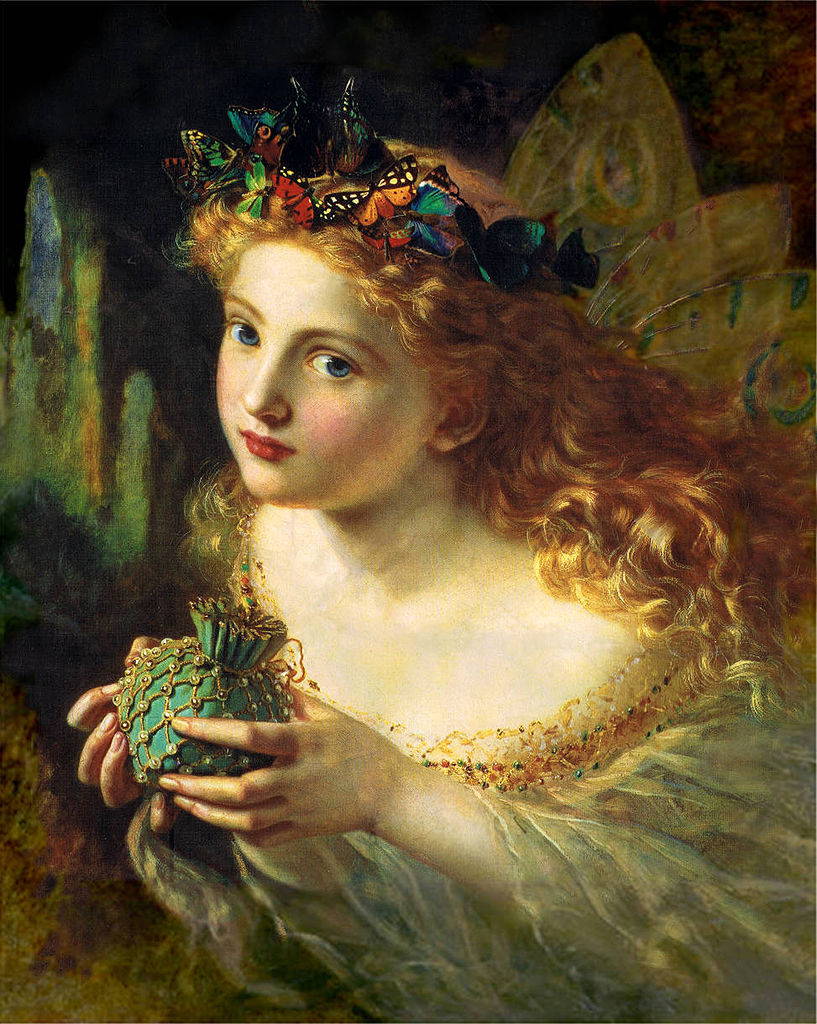 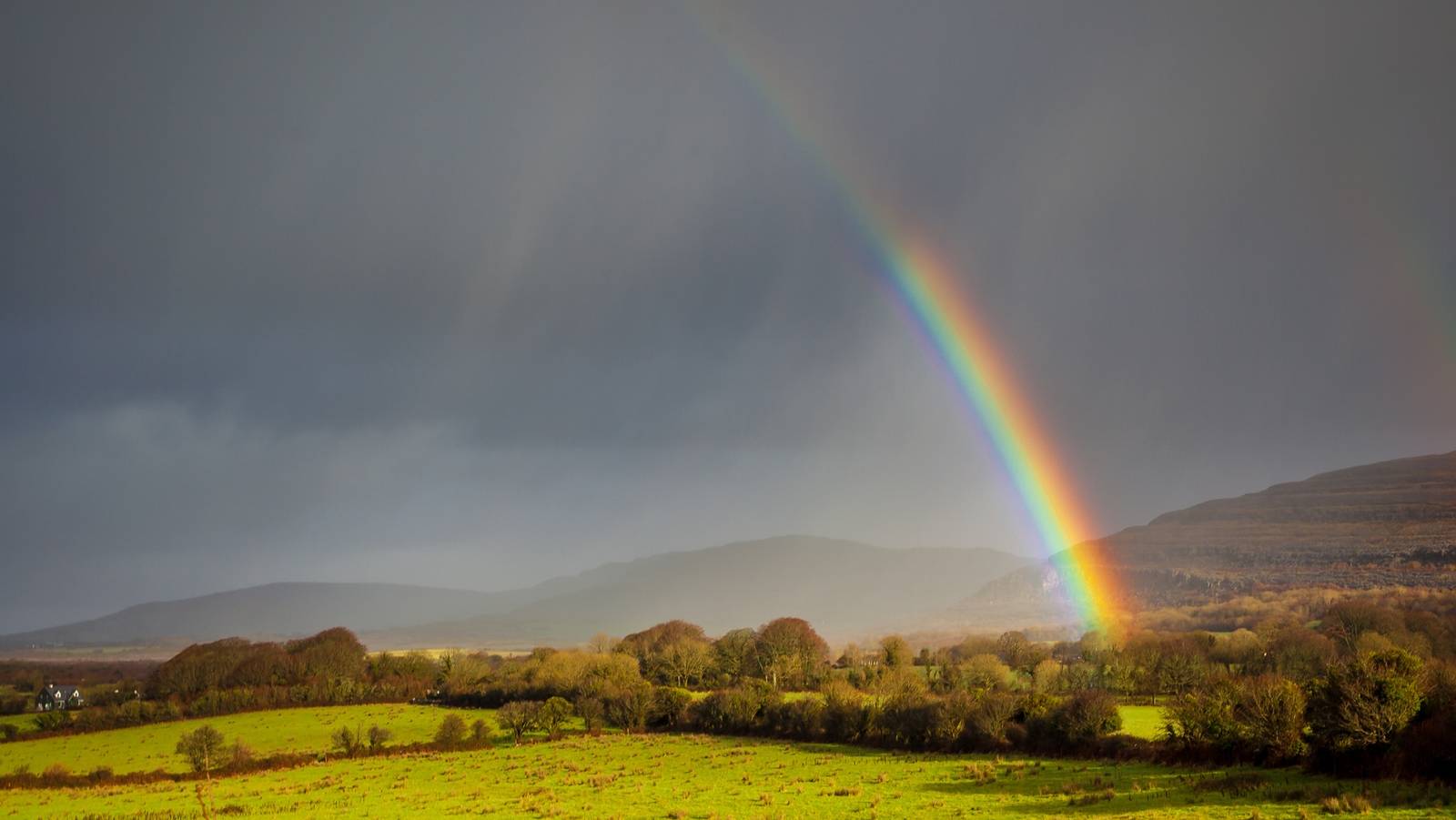 James Stephens was another celebrated author who expressed his creativity by simply retelling the enchanting legends that were already ingrained in Ireland’s heritage. However, unlike Lady Gregory’s modest translations for a Victorian audience, Stephen’s work injected the sharp sense of Irish wit and comedy for which we are so famed in modern times.

His book of “Irish Fairy Tales” recounts ten tales of human and mythical worlds colliding, and while the general plot sticks to tradition, his humour lends an extra layer of depth and relatability to the characters with delightful dialogue, such as:

“‘He is,’ that gossip whispered—'he is a magician.’

‘I will magician him,’ cried Finnian angrily. ‘Where does that man live?’”

As well as his folklores Stephens also forayed into the world of faeries with his own original pieces, such as the satirical “Crock of Gold” in which a philosopher’s wisdom leads to animosity with some very perturbed Leprechauns… 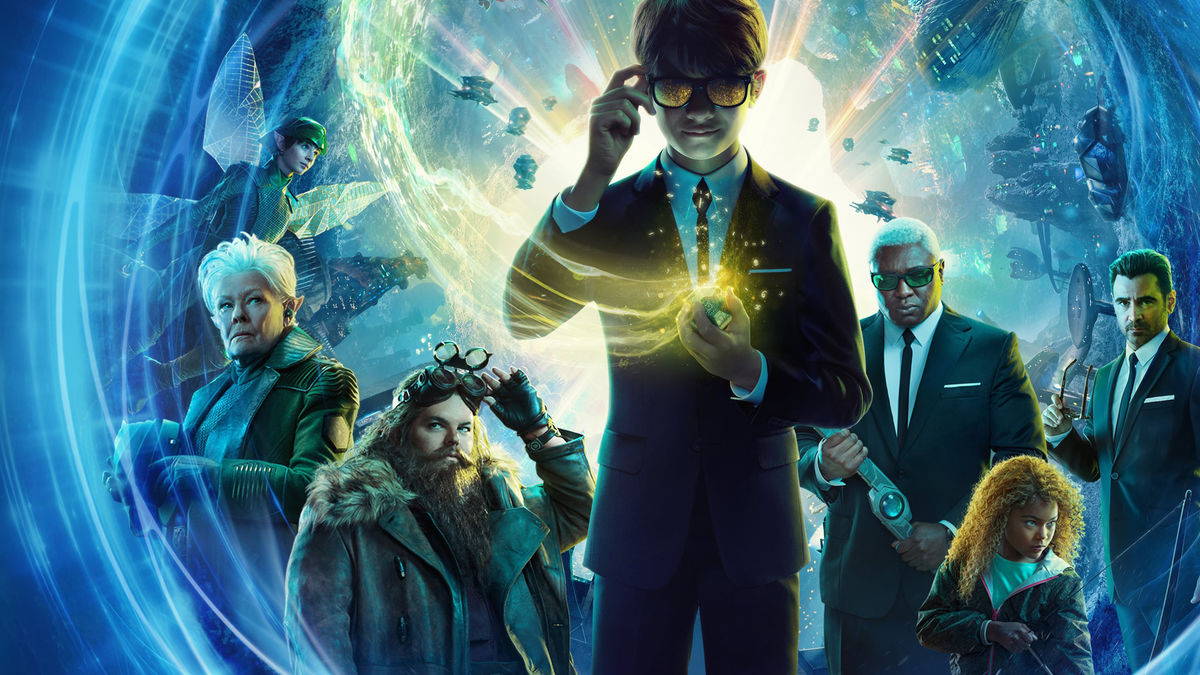 While we’re dragging the faerie race into modern times, it would be a terrible oversight not to mention Eoin Colfer and his outrageously imaginative “Artemis Fowl” series – previously mentioned in our “An Irish Novel for Every Reader” blog.

His creative narrative transforms everyone’s favourite Irish sprite into fully armed (and especially dangerous) police force of the underworld, who make you question everything you thought you knew about faeries:

“While it was true that LEP had a ransom fund, because of its officers' high-risk occupation, no human had ever taken a chunk of it yet. This didn't stop the Irish population in general from skulking around rainbows, hoping to win the supernatural lottery.

While Colfer’s take on the “good folk” is enticingly original, you can clearly see the influence of traditional tales winding through the action-packed comedy, with some staple rules of folklore that even he can’t bend. The most important of these seemingly being that humans who mess with faeries will NOT be let off lightly, even if they are pre-teen criminal masterminds…

All of these authors have their own unique style and approach to sharing tales of Faeries and Folklore, but each was undeniable captivated by this almost tangible world and the secrets it could be hiding right under our noses.

The influence of the supernatural in both our past and our present has been peppered through centuries of Irish literature, and is showing no signs of becoming obsolete, but rather growing with our society. Some might be tempted to write this literary preoccupation down as mere “superstition”, however Yeats once said that this obsession and belief in faeries was “Ireland’s gift to the imagination of the world”, and I would be inclined to agree with him.