The Nature of the Burren Due to the unique environment provided by the glacial rocks, chalky limestone and unusually temperate climate – the Burren is home to an extraordinarily vast variation of wildlife. In fact, what makes the flora and fauna of the landscape so fascinating is not the rarity (although there are some significant examples of this) but rather the co-existence of species with utterly contrasting preferences in habitat.

It would appear that the wondrously conflicting elements on offer provide a little something for everyone – with over 70% of Ireland’s examples of flora and a remarkable selection of its fauna finding a home amongst the inimitable terrain. This has resulted in the Burren developing an ecosystem all of its own – exempt from the limitations of the norm - and it is truly fascinating to behold.

I am of course not going to pretend that I know even a fraction of the plants and creatures that breathe life into this karst landscape, but below is a selection that I thought might be of particular interest to my Irish at Heart family.

Of all the 1,100 plant species that can be found in the Burren, the Spring Gentian stands out as a signature bloom.

The delicately pointed, sapphire blue petals of this mountain flower are a common sight among the rocks of the alps, but they are a rare and precious sight here in Ireland, which is perhaps why they are so famed in the Burren, where they grow extraordinarily close to sea-level.

Despite the entrancing hue and pretty appearance of the Spring Gentian they are rarely picked, due to an old legend that bringing one into your home will bestow bad luck (generally in the form of lightning) upon you. So just to be on the safe side its best to admire their beauty in their extraordinary natural habitat…

It is thought that there are more species of orchids than birds on the planet, yet only 28 have been identified across the Emerald Isle - at least 23 of which can be found in the Burren.

County Clare’s unique karst landscape is ideal for calcicole plants (those that thrive on chalky soils) such as the dark-red helleborine, which creeps from the crevices of the limestone pavements to spread its deep wine-coloured petals. You won’t find this particular species of orchid anywhere else in Ireland though, making it a Burren speciality.

However, not all orchids have the same stipulations when it comes to laying down their roots, and if you wander closer to the soft soils at the water’s edge you are far more likely to be greeted by the elegant silhouette of the rare Flecked Marsh-Orchid, basking in the Irish sunlight. 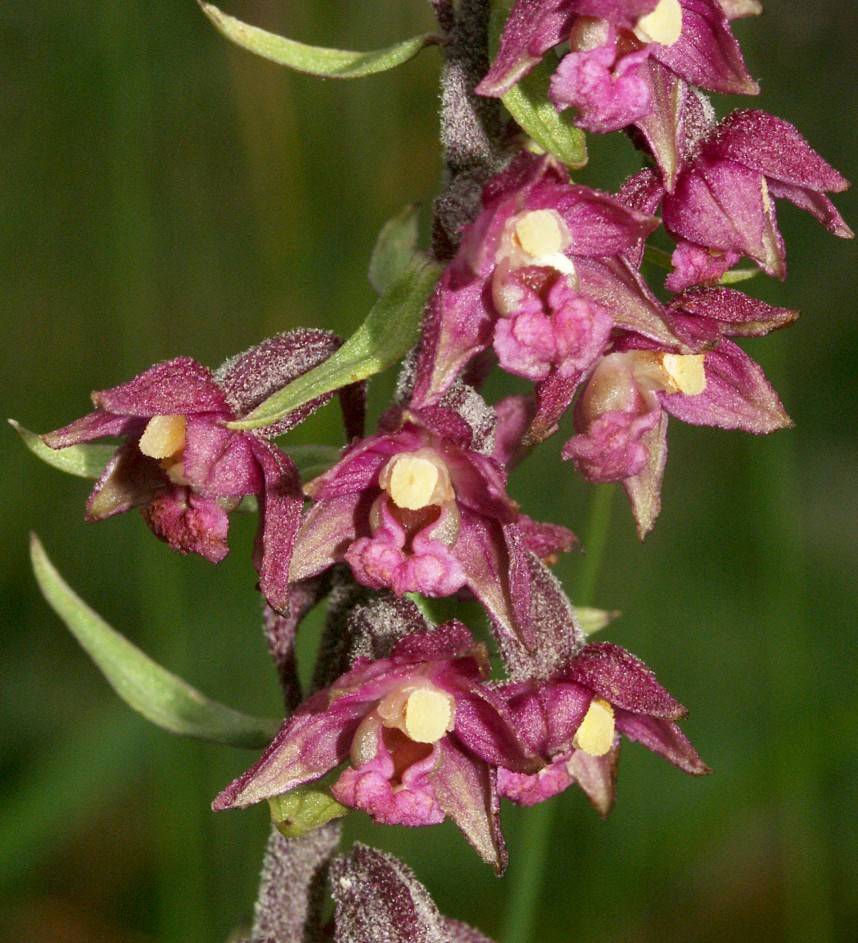 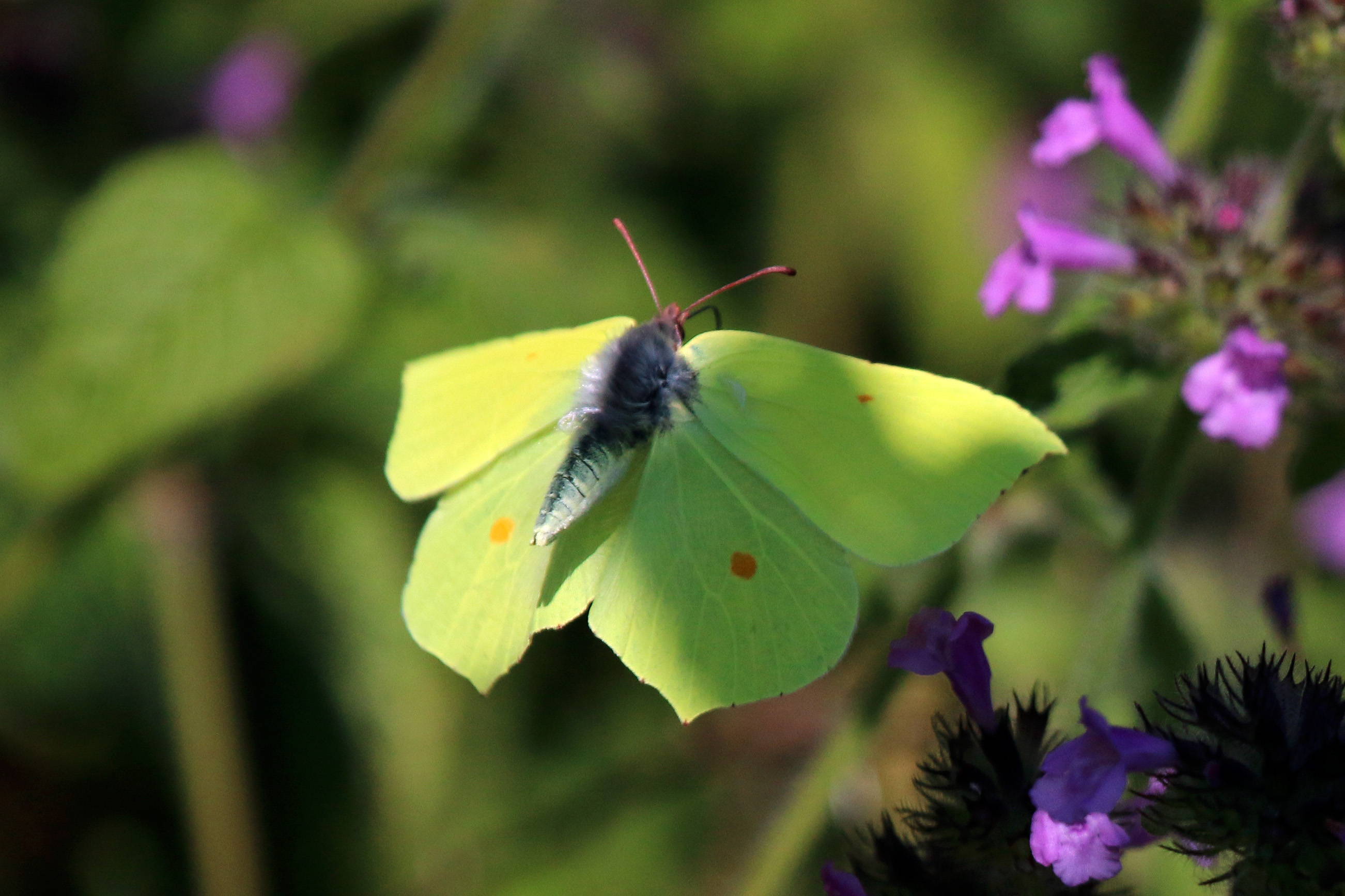 Sometimes amidst the radiantly coloured blooms of the Burren you can see petals that appear to be fluttering in the breeze – but on closer inspection are just one of the many beautiful butterflies that frequent the area.

In particular, the area of Mullaghmore (meaning “great summit”) is hailed as the most abundant site for butterflies in all of Ireland. I always think it’s such a beautifully intimate moment in nature, seeing a butterfly delicately alight on a flower of its choice and feeding on the sweet nectar within – blissfully unaware that it is being observed.

In total there are 27 different species floating around the serene scenery, including the one that is said to have inspired the name for this intriguing insect. The bright yellow wings of the Brimstone earned them the name of “Butter-coloured Fly”, which was then abbreviated and applied to all of it marvellously patterned cousins.

Although the name might sound like another example of flora, the Pine Marten is actually a cat-sized mammal which nestles in the rare but rich woodlands of the Burren.

Although not uncommon in other parts of Europe, the bushy tailed critter is now a rarity in Ireland due to both hunting and loss of habitat. Its elusive nature and nocturnal habits make spotting one rather tricky, but the chestnut fur and creamy yellow throat patch cause them to be easily distinguishable when you do. 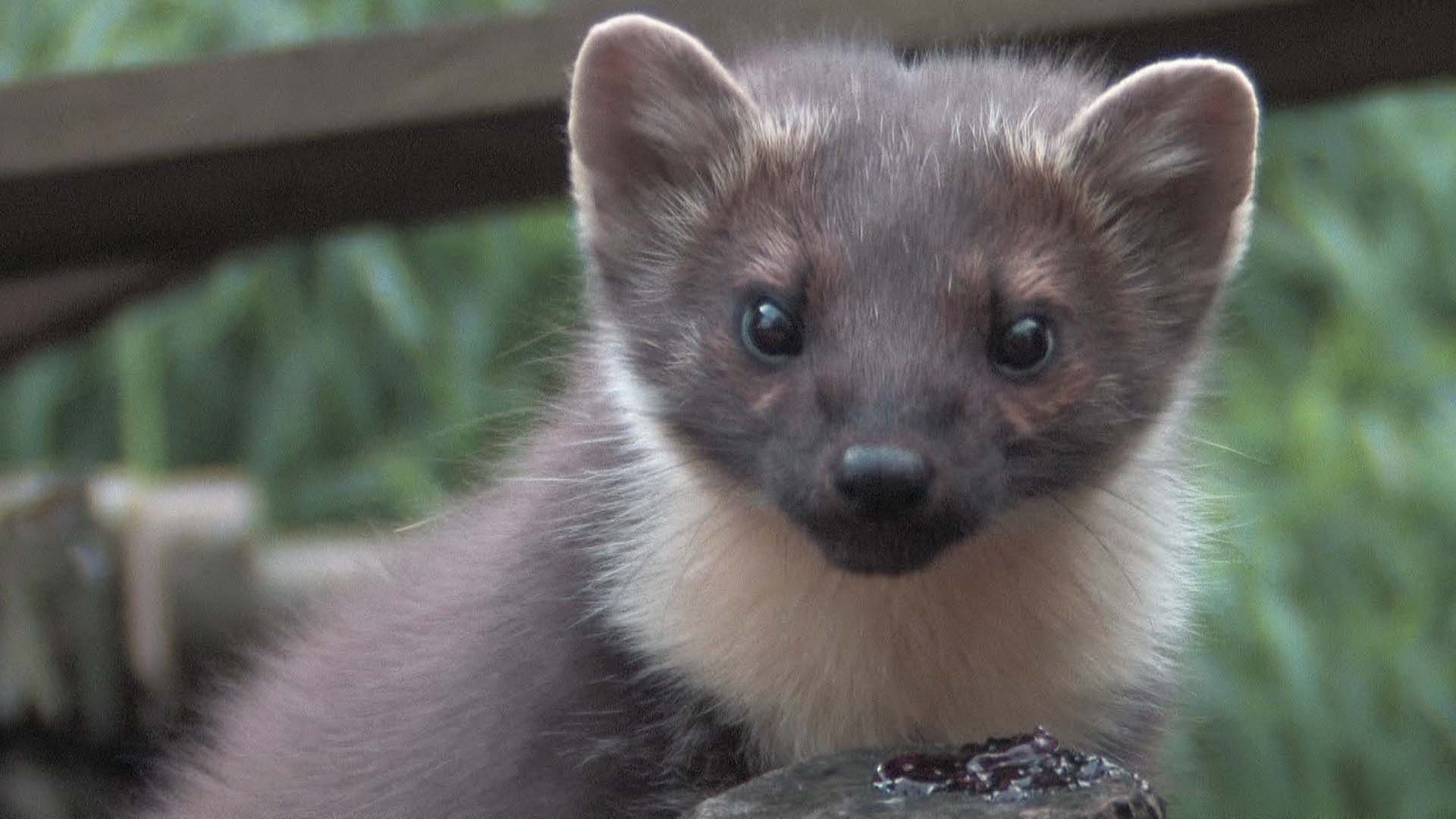 The isolation and protected status of the Burren has allowed the population of Pine Martens to flourish in recent years, which will hopefully someday lead to a higher distribution of them in other parts of the country. 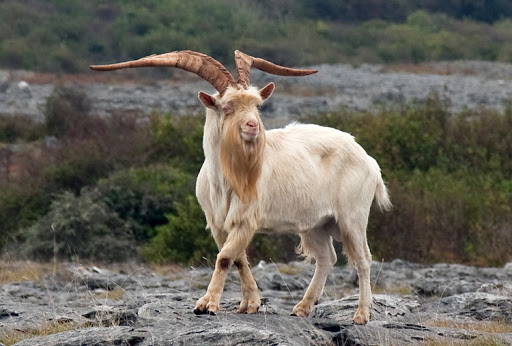 A decidedly less shy inhabitant of the area would come in the form of the feral goats, which can be seen clattering across the Burren’s rocky surface in herds.

While these creatures are unquestionably at one with the wild – it wasn’t always so. The goat population is largely composed of domesticated animals that have made a break for freedom and joined fellow escapees never to return to their respective pens again.

This process has been occurring since humans have been farming in the area, meaning that the lineage of some of today’s wild goats can be traced back over 4,000 years! This particular species is known as the Old Irish Goat, and today they can only be found in the wild and even then, it is a rare occurrence with about 10% of the Burren’s goat population thought to be descended from these ancestors.

The concealed caves and undisturbed tranquillity of the Burren makes it a perfect resting spot for Ireland’s bat population, and all seven of the country’s native species can be found in County Clare.

Among these is the Lesser Horseshoe Bat, which is the only Irish bat that can be found in the traditionally depicted position; hanging upside down with its wings wrapped around its body. Although generally considered an endangered species, the Burren boasts a significant population of these winged mammals, and they (along with all other bats) are heavily protected under Irish conservation laws.

However, just because they are comparatively abundant in the area doesn’t mean that you will be able to spot them – weighing a miniscule 4-9 grams and no larger than a plum when their wings are folded, the Lesser Horseshoe Bat is one of the smallest of its species. 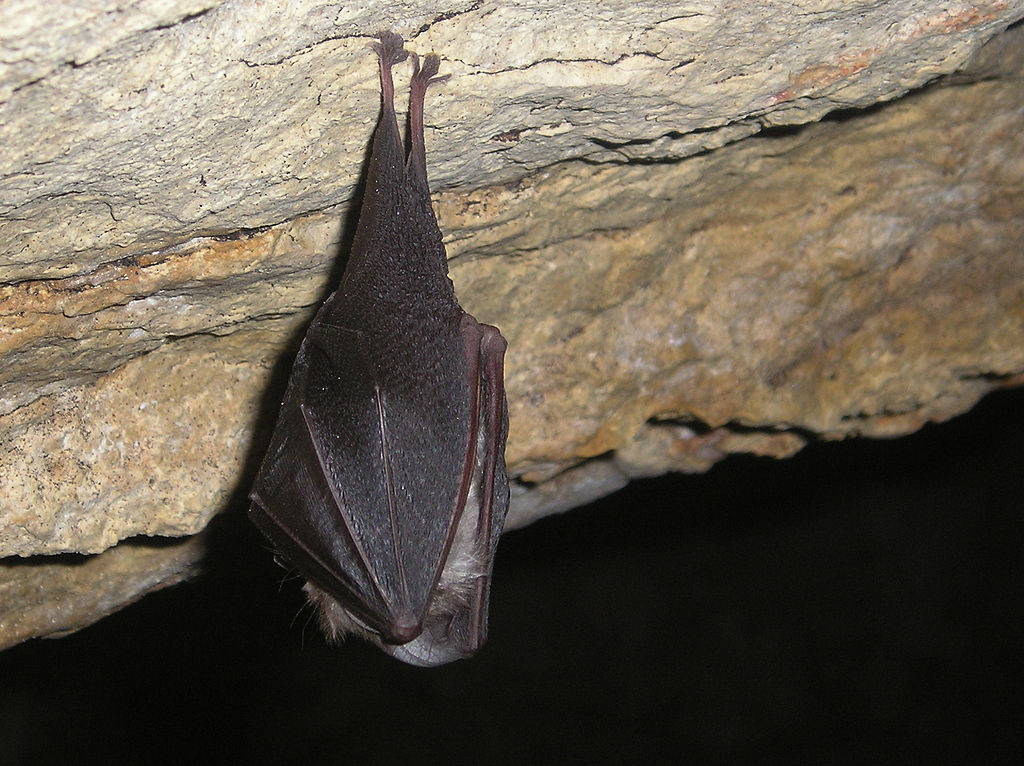 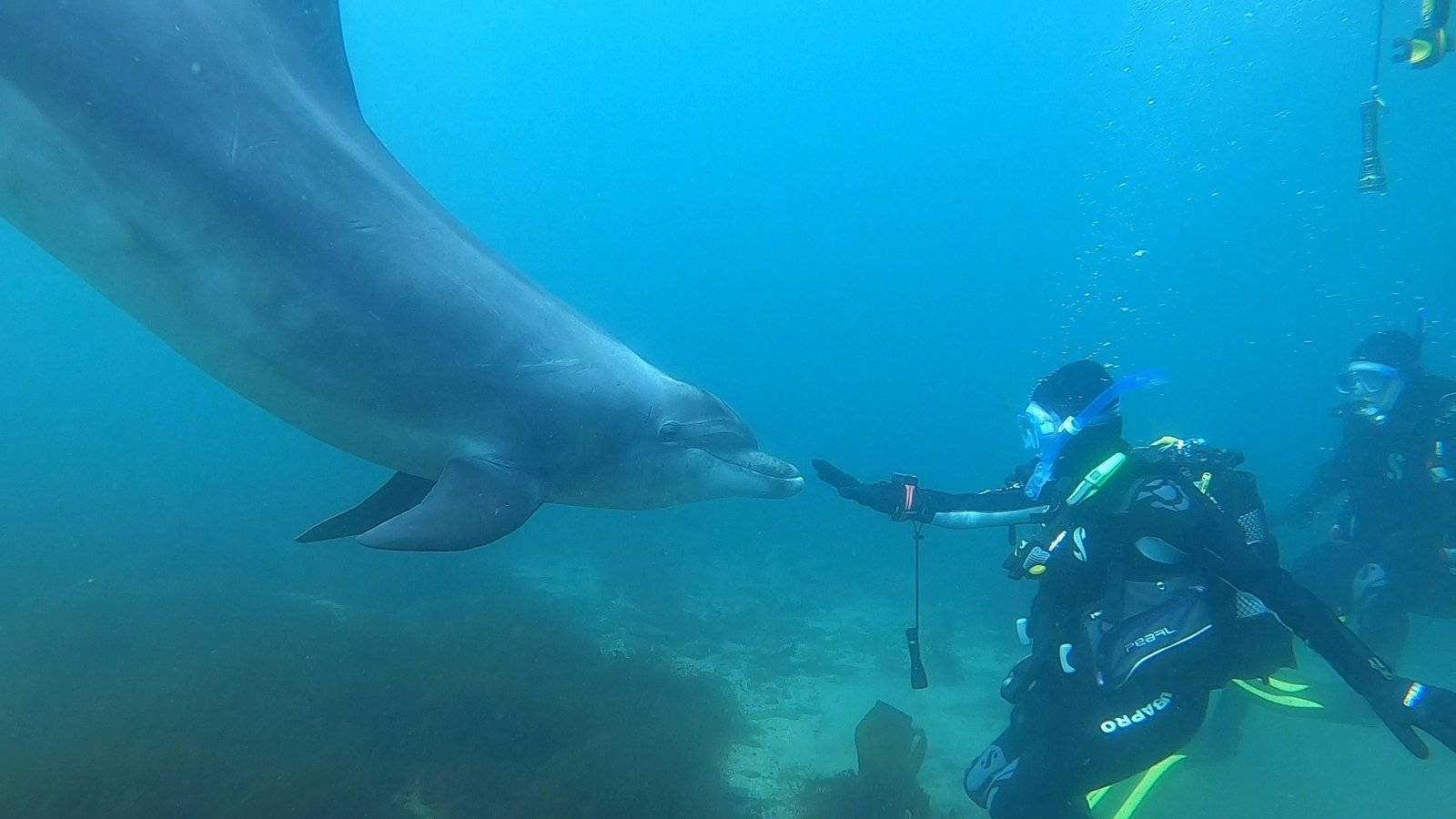 If you care to venture beyond the rocky surface, there is a whole new perspective to the Burren, just barely concealed beneath the waves of the Atlantic.

In fact, one of Ireland’s most famed dolphins can regularly be seen flipping in the sunlight, chasing boats, and even joining delighted Burren scuba-divers for an underwater adventure.

However, as much as she might try to claim all the attention for herself, Dusty isn’t the only fascinating creature that can be seen on these waters! Basking Sharks, seals and even the most adorable gambolling otters can all be seen just off the coast - each bringing their own little piece of wonder to the fascinating eco-system.

Last but by no means least, if I could draw your eyes to the captivating skies that cover this kart yet beautiful landscape – where you will be able to admire at least 95 different species in flight.

There are plenty of birds that you are sure to recognise, such as the striking black feathers of the raven, the snow-white underbelly of the barn owl and even the exotic plumage of the rarer yellowhammer. However, it’s always a thrill to see a swooping predator on the hunt, and the powerful peregrine falcon can be seen soundlessly gliding through the air all year round.

Of course, none of this could be complete without a little background music – which is sanguinely supplied by the gorgeous little skylark, whose melodic chirping is synonymous with the delights of an Irish summer. Although I have to say, as much as nature runs its course, I would much rather see this little fella far from the clutches of the aforementioned falcons… 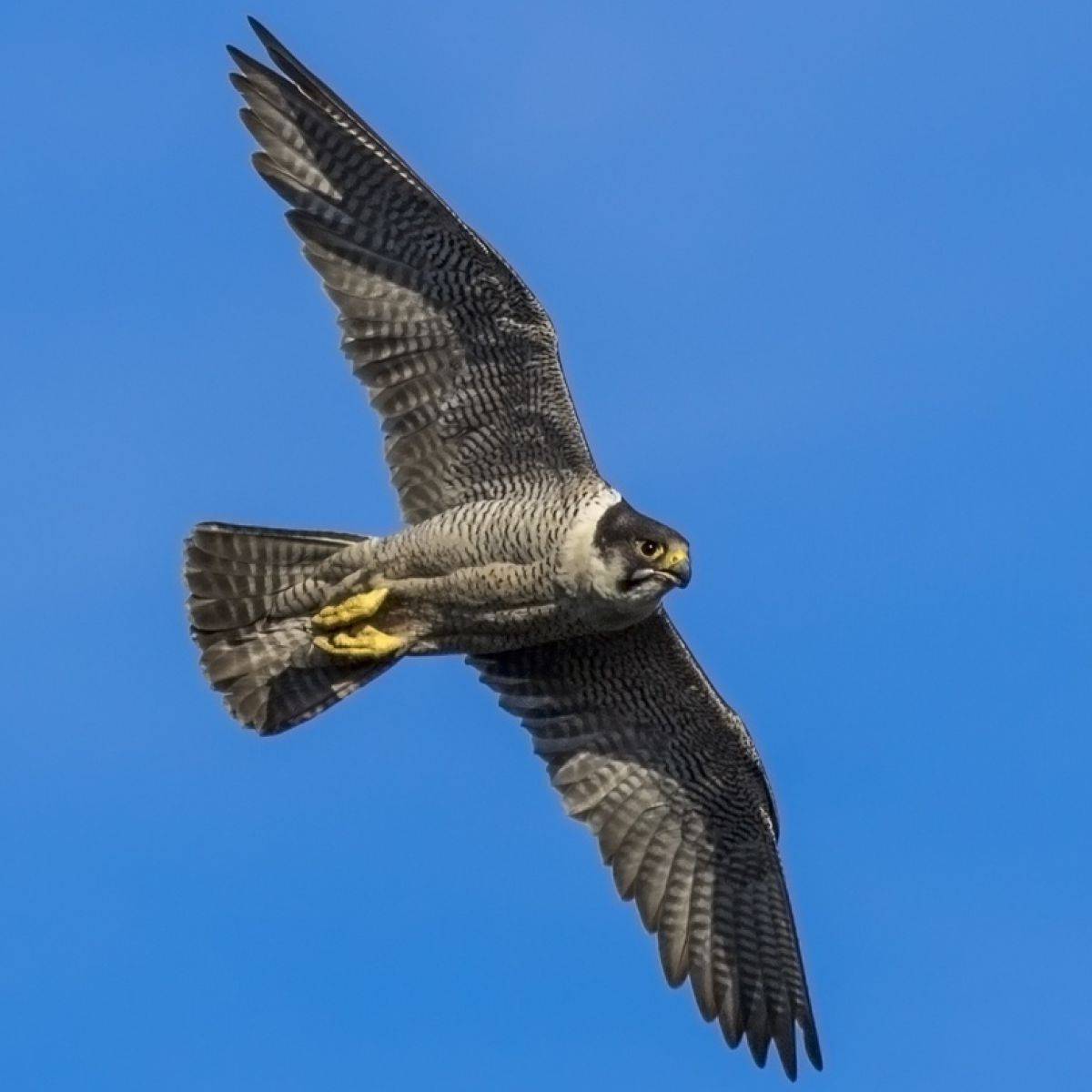 Which Irish animal or plant would you most like to see thriving in the natural habitat of the Burren? Let us know in the comments below!