Many will tell you that the extraordinary phenomenon of the ‘Giant’s Causeway’ is easily explained by science and nature, and that the interlocking hexagonal columns were formed over 50 million years ago, as the result of intense volcanic activity in Antrim. 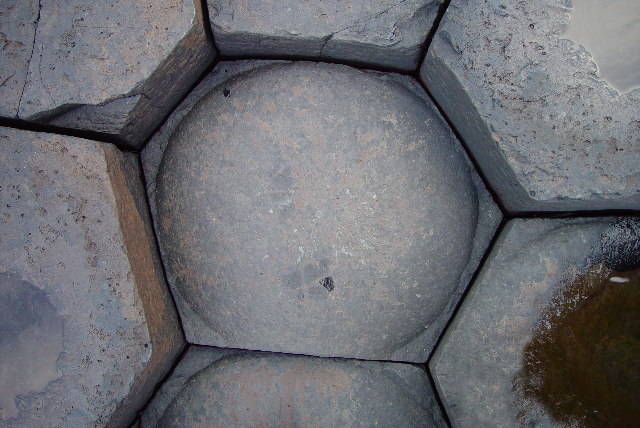 The combination of fluid molten lava and chalk caused the surface to crack as it cooled – leaving the pillar-like structures that are so iconic of Northern Ireland. I suppose this all makes sense in a way but it’s certainly not the story that I, nor millions of other Irish children, grew up with over the years because, as always, Irish folklore has an alternative answer for everything.

By now you will have certainly heard at least some of the exploits of the great Fionn Mac Cumhail, the leader of the Fianna, and the hero of the Fenian Cycle in Irish mythology. He has waged many battles, against both humans and faeries, and has earned a prominent place in Ireland’s story books.

The story I am about to tell you is perhaps his most well-known escapade, and the tale that makes Fionn Mac Cumhail a household name even in modern times. Now, while it’s always captivating, Irish mythology is not necessarily consistent, so our fearless warrior Fionn Mac Cumhail has morphed into a giant for the purposes of this story – and I’m just going to need you to go with that.

With that in mind, once upon a time there lived a great Irish giant by the name of Fionn Mac Cumhail – who resided with his wife, Sadhbh, in the beautiful stretch of land that we know today as County Antrim. He was known far and wide as the biggest, strongest, and bravest giant in the land, and he lived a peaceful live free from strife, as there was no one unwise enough to make enemies with the ginormous warrior! 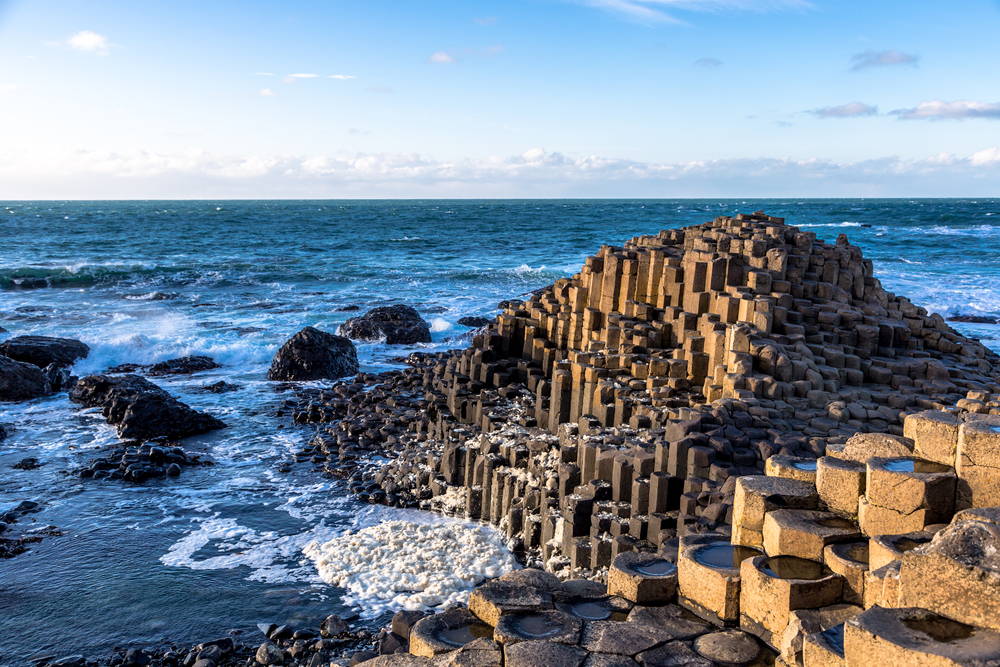 Overflowing as Ireland was with tales of his greatness, overtime these legends trickled across the waters to Scotland – where they were met with disdain by a rather competitive giant by the name of Benandonner. He sent word to the Emerald Isle challenging his Irish counterpart to a duel, and our hero Fionn – thrilled by the prospect of a good fisticuffs – set to work on bridging the gap between the two right away.

He threw huge rocks into the crashing waves, creating stepping stones to carry himself across to the Scottish shores where he could battle with the surely inferior giant who dared to think himself a match for the great Fionn Mac Cumhail. However, as our hero grew closer to Scotland he began to perceive that ta huge hill he had previously spied was in fact rhythmically rising and falling. He squinted his eyes and peered at the moving mound, trying to understand the witchcraft that would allow Scottish mountains to come alive in such a way…and then he froze, rock in hand. That was no mountain, but rather the gargantuan gut of his Scottish challenger – who made Fionn look like a mere pipsqueak in comparison. He dropped his next stepping stone into the water with a colossal splash and raced with thunderous footsteps all the way back to the Antrim coast. 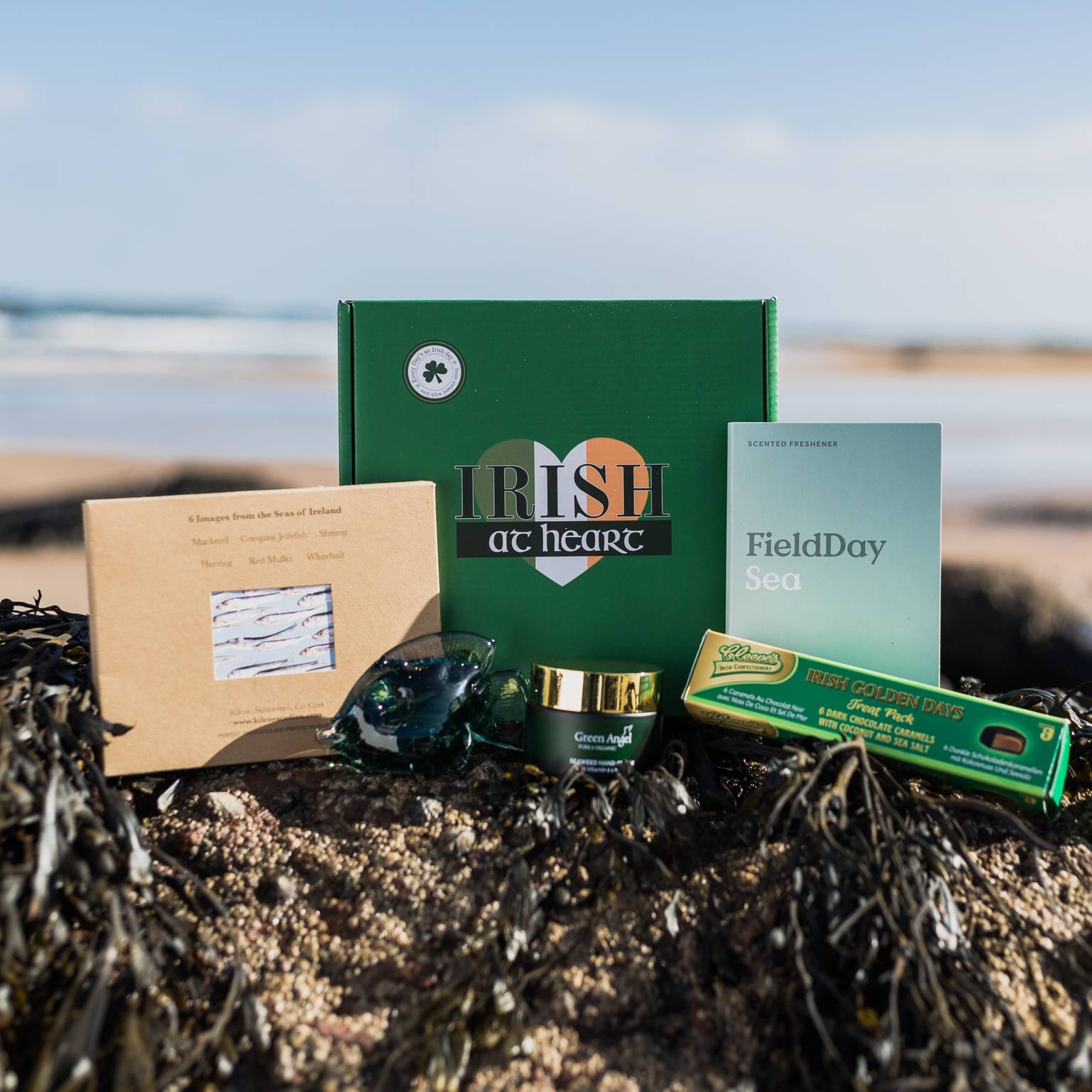 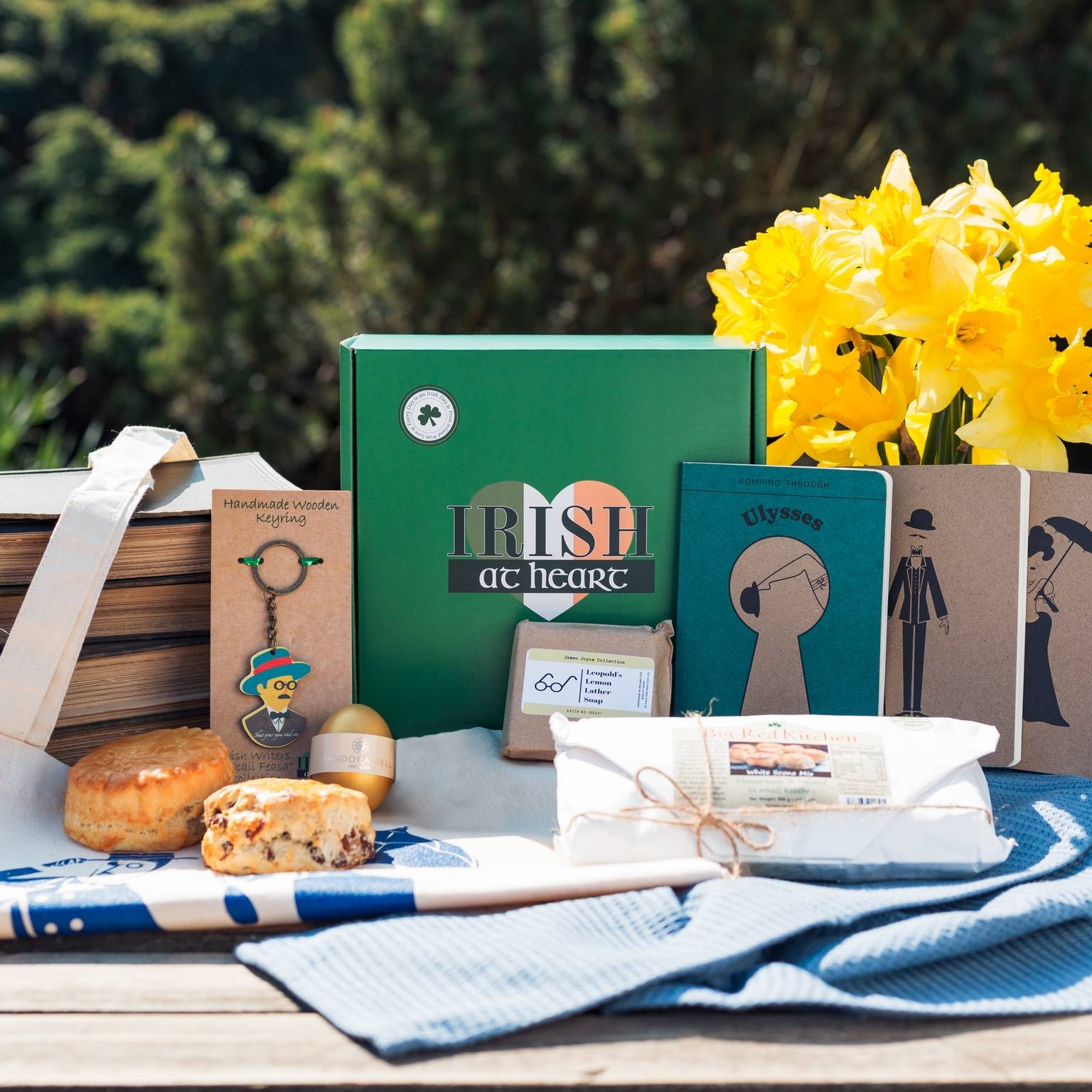 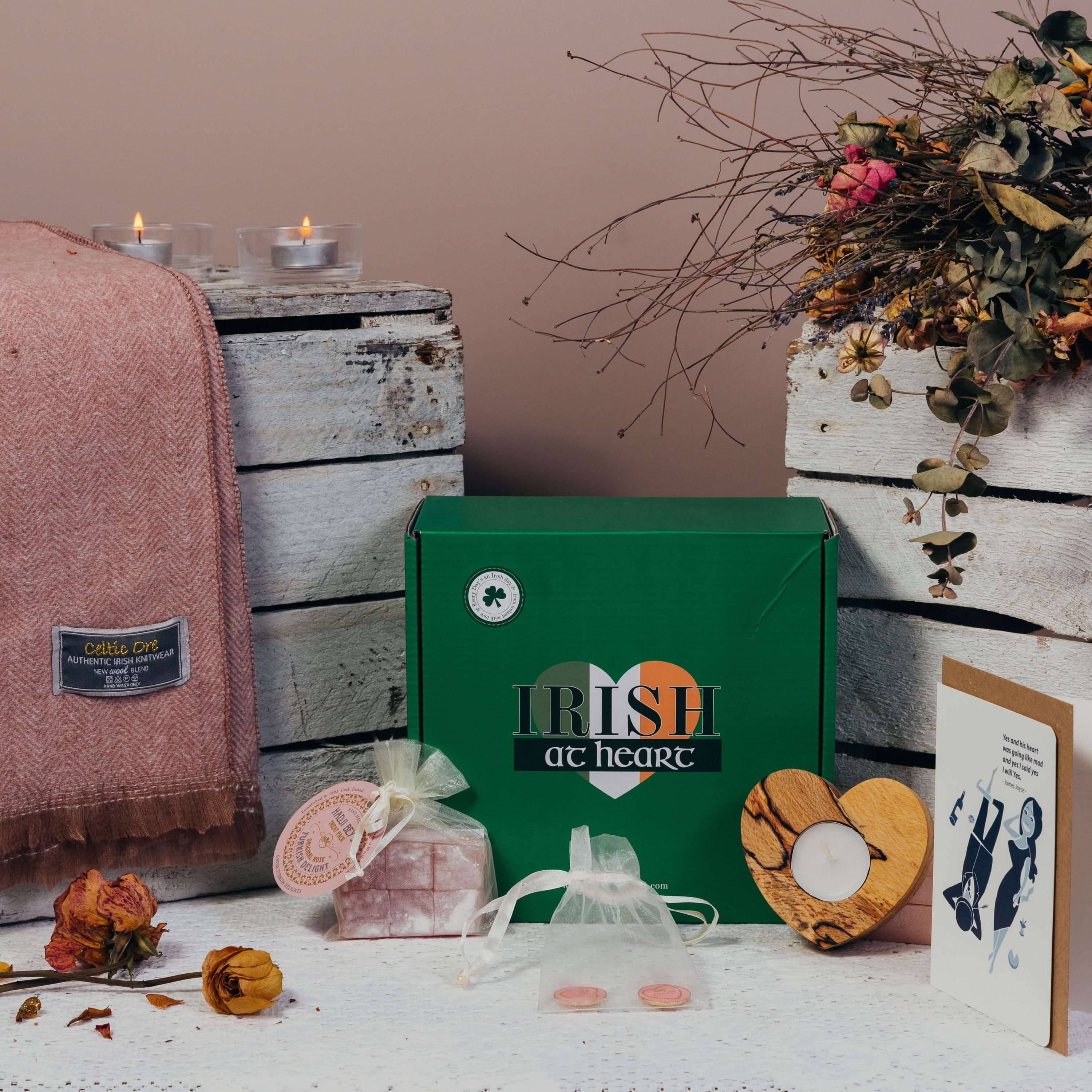 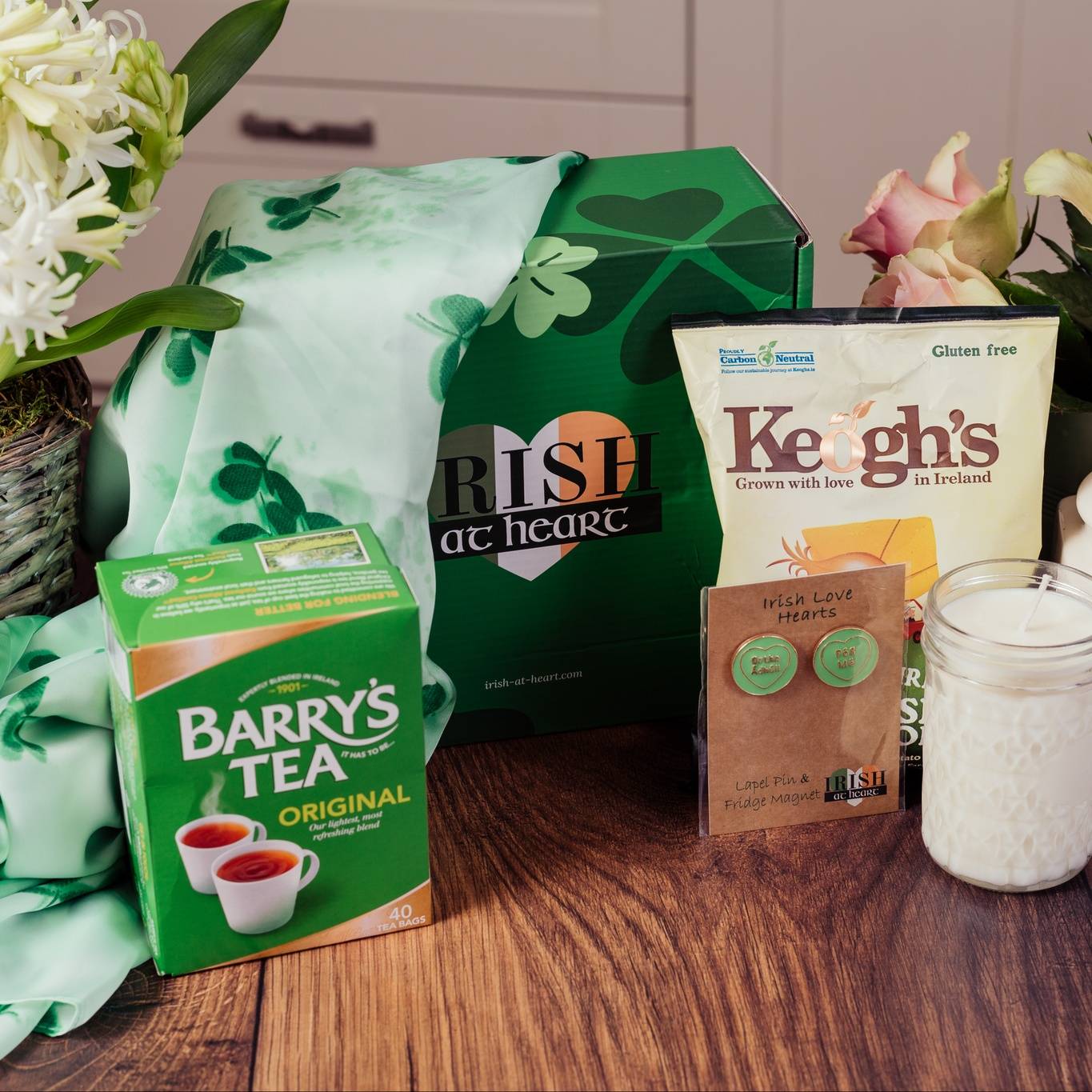 As he travelled, Fionn’s mind was running almost as fast as his legs, as he realised that he would have to rely on brains rather than brawn to overcome this particular opponent. By the time he crashed through the door of his home (making poor Sadhbh leap out of her skin) he had a cunning grin splashed across his face, and a proverbial lightbulb flashing above his giant head.

By this point Benandonner had begun to stir from his Scottish siesta, and after blinking his bleary eyes awake he sat up on the field in which he had been resting – casually uprooting a few trees as he stretched out his arms. He glanced over the waters and frowned as he noticed a new island just a (relatively) short distance away, as he allowed his eyes to focus across the horizon – he saw that several new islands had infact been introduced to the panorama which he knew so well. With a sudden roar of comprehension, he leapt to his feet and gleefully began to stomp across Fionn’s stepping stones two at a time.

Once he had arrived at his destination, he made his way to the largest castle on the skyline – assuming (quite correctly) that this was the dwelling place of his adversary. He snorted as he reached the grand wooden doors, under which he practically had to duck in order to progress into the great stone hallway. “Oh ho ho,” he chuckled to himself, “this Fionn fellow is clearly not as large or as powerful as I though to live in such a puny palace.”

He was greeted by Sadhbh, who calmy stood at the top of the staircase, so as better to meet her guest eye-to-eye. “Well,” he boomed, “where is the great Fionn Mac Cumhail, who thinks he is a match for Scotland’s greatest giant?”

“He is out hunting,” replied Sadhbh, mildly. “I’m sure he will be back in time to meet your master – when is it you said he would be joining you?” 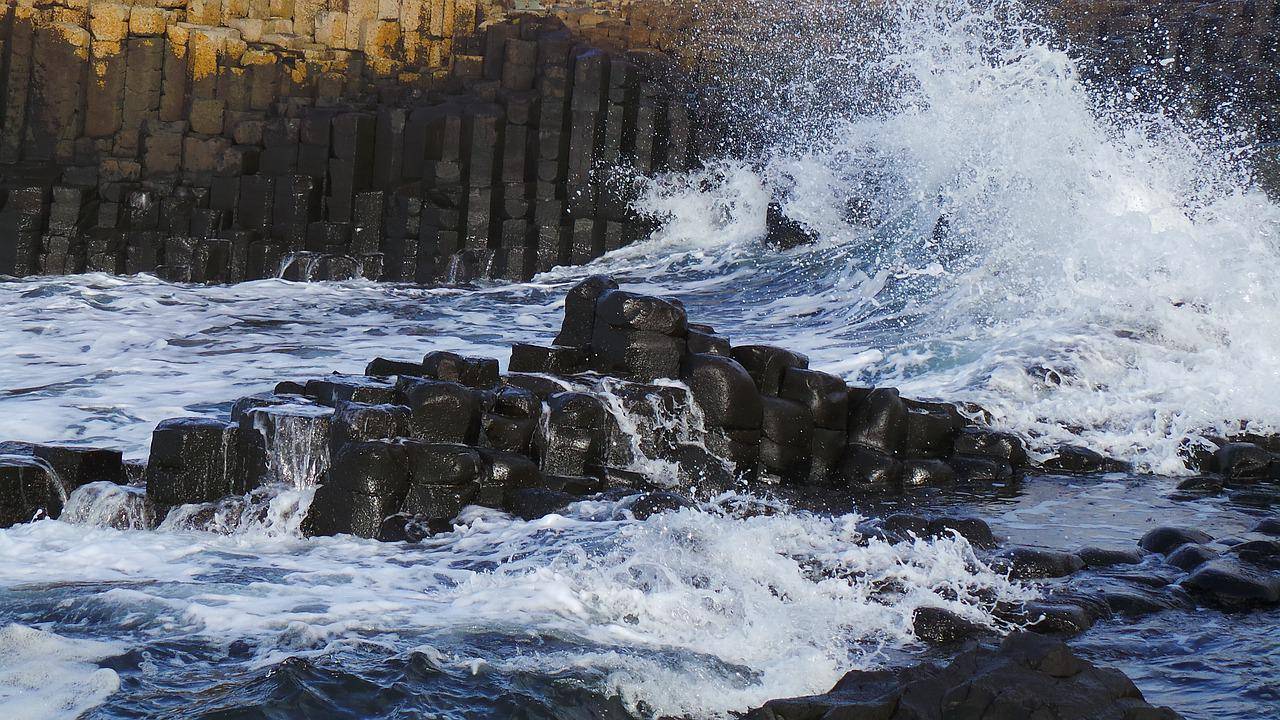 Benandonner faltered, before attempted to resume his dominant demeanor as he responded, “You foolish woman, I am my own master – it is I who comes to pull your husband limb from limb, and use his bones as a toothpick.”

“Oh, indeed!” conceded Sadhbh, with the same maddeningly mild manner, “in which case you should accompany me to the kitchen for a quick refreshment before my husband returns; he will wish to resolve this matter quickly before dinner – he tends to be rather hungry and grumpy after a day of hunting. However please do watch the noise, as I would rather not wake the baby.”

Benandonner followed the wily woman as she walked into the kitchen, but stopped dead in the doorway at the sight that greeted him. Across the room – in a wicker basket large enough to hold a baby whale – slept a peaceful looking creature wearing a linen baby romper so large - it could have been stitched from a banquet's table cloth.

“Tea, water, wine?” Sadhbh impatiently interrupted the giant’s gaze, as she stood with her hands on her hips gazing upwards at her disconcerted guest. “Eh, how old is the baby”, Benandonner stuttered, trying and failing to maintain a casual tone.

“Four MONTHS?” spluttered Benandonner, “woman, he is MONSTROUS.” Without further ado, the Scottish giant fled from the house as quickly as his boat sized feet would carry him. If that was the size of the child, he was certainly not sticking around to see the father! He sprung from the very edge of the shore, ripping up the ground underfoot, landing heavily on all of the ensuing stepping stones so that they would sink back beneath the waves – leaving no route for the fearful Fionn to follow him. In his wake he left the rumpled shore that we have come to know and love as the Giant’s causeway, and a couple of little islands that he missed on his hectic retreat, now known as the Ailsa Craig, and Staffa.

As soon as he heard his front door slam, Fionn peeked his head above his makeshift crib to look at his wonderful but entirely unimpressed wife. “You”, she said – maintaining the same serene air as before - “owe me a new tablecloth, Fionn Mac Cumhail”. 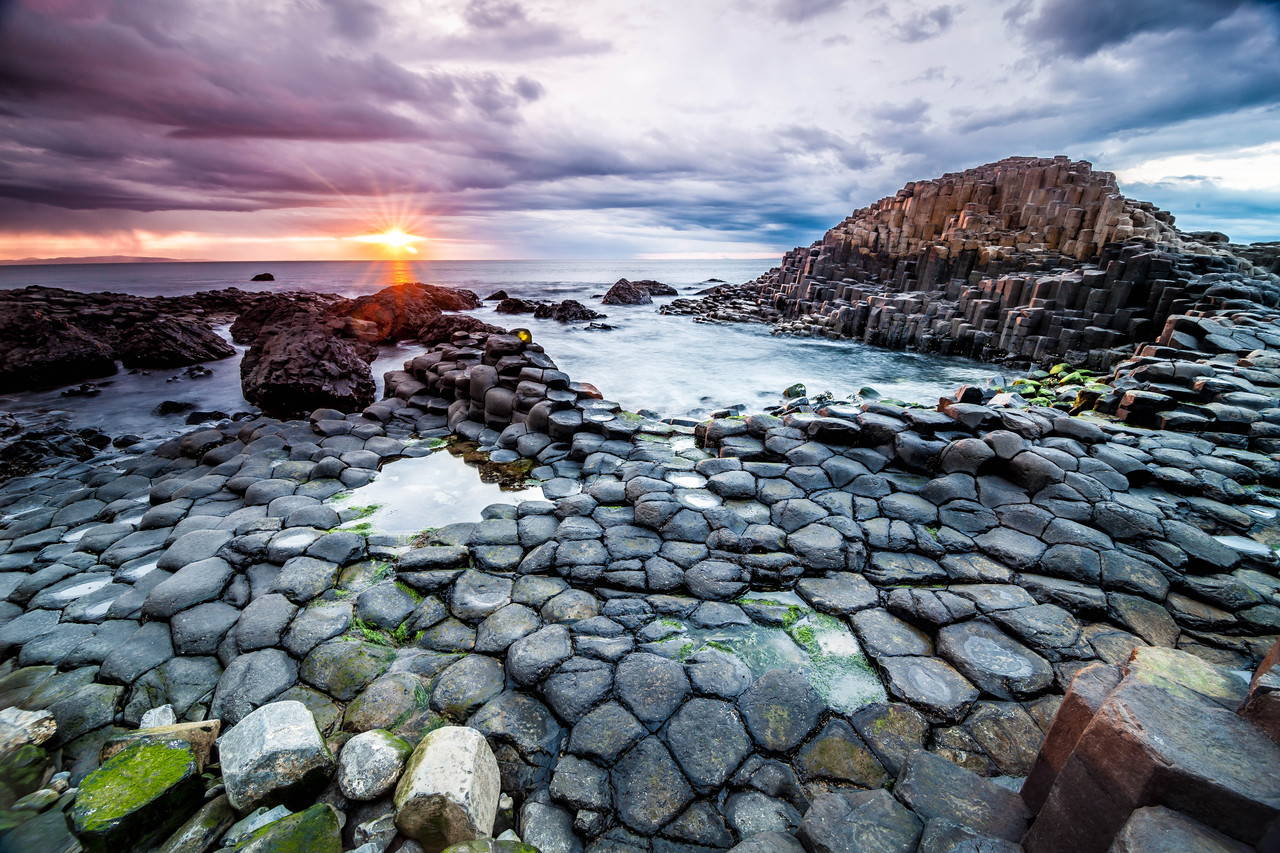 The Legend of Fionn mac Cumhaill and the Burner of Tara

The Story of St. Patrick