The Wildlife of An Fharraige With this month’s theme being based around An Fharraige and the dramatically beautiful east coast of Ireland, I thought I would dive right in with a closer look at the wildlife that inhabits the Irish waters.

It’s not all cockles and mussels swimming through our seas, in fact you’d be surprised at how varied and exotic a crowd is pulled into the rugged beaches and rolling waves of the east coast. Of course, there are far too many to mention in one blog, so I’ve picked a few favourites that never fail to fascinate me when I picture them whirling and splashing in the depths so close to my own home.

Have you spotted a sea species in Ireland that made you feel a special connection to An Fharraige? Share your experiences with the Irish at Heart community in the comments below.

Dolphins and porpoises have been known to frequent the waves off of the east coast, delighting all who are fortunate enough to lay eyes on them. Schools can be found from the tip of the north all the way down to Cork and the Celtic Sea, and they are fascinating to observe.

If you want to see them in action you can book a boat tour from Whale Watch West Cork, where both the common dolphin and its bigger cousin the bottlenose have been known to dance in the waves behind the boat. 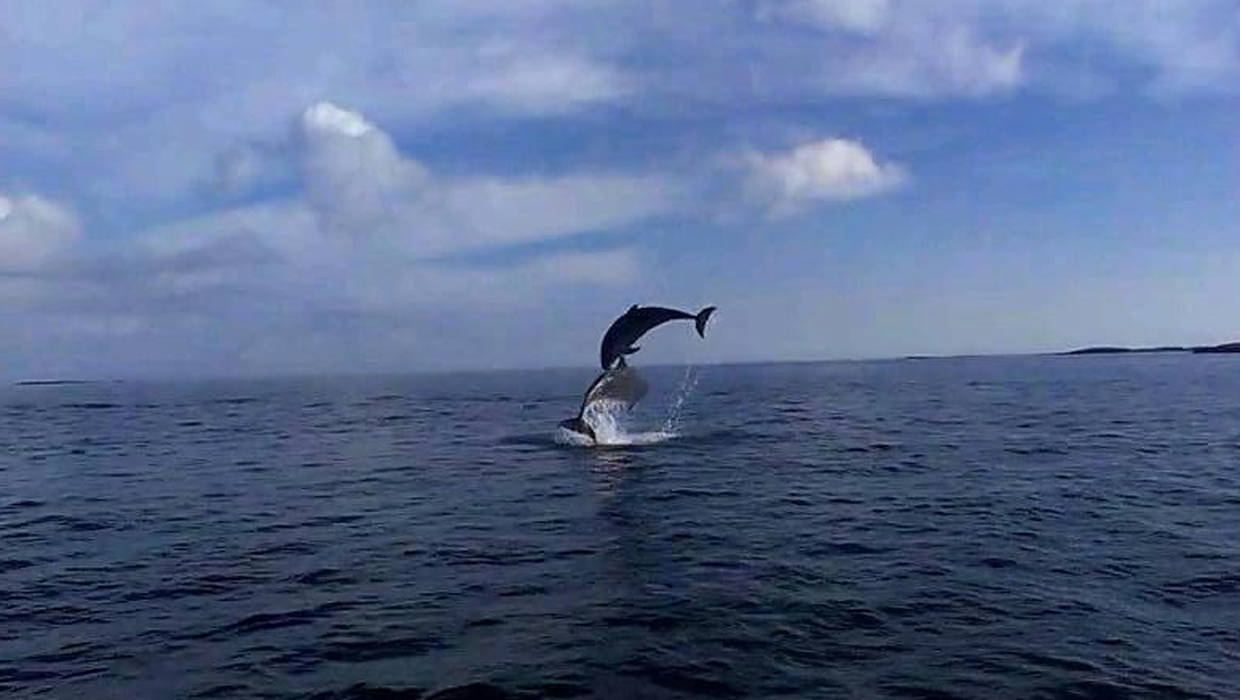 Dolphins are a sociable bunch and tend to prefer travelling in groups, but you come across the odd adventurer who travels out on their own to mingle with humans on a more regular basis. Personally I think their friendly dispositions feel akin with the Irish welcoming ways – but I’ve yet to find a marine biologist to back me up on that one… 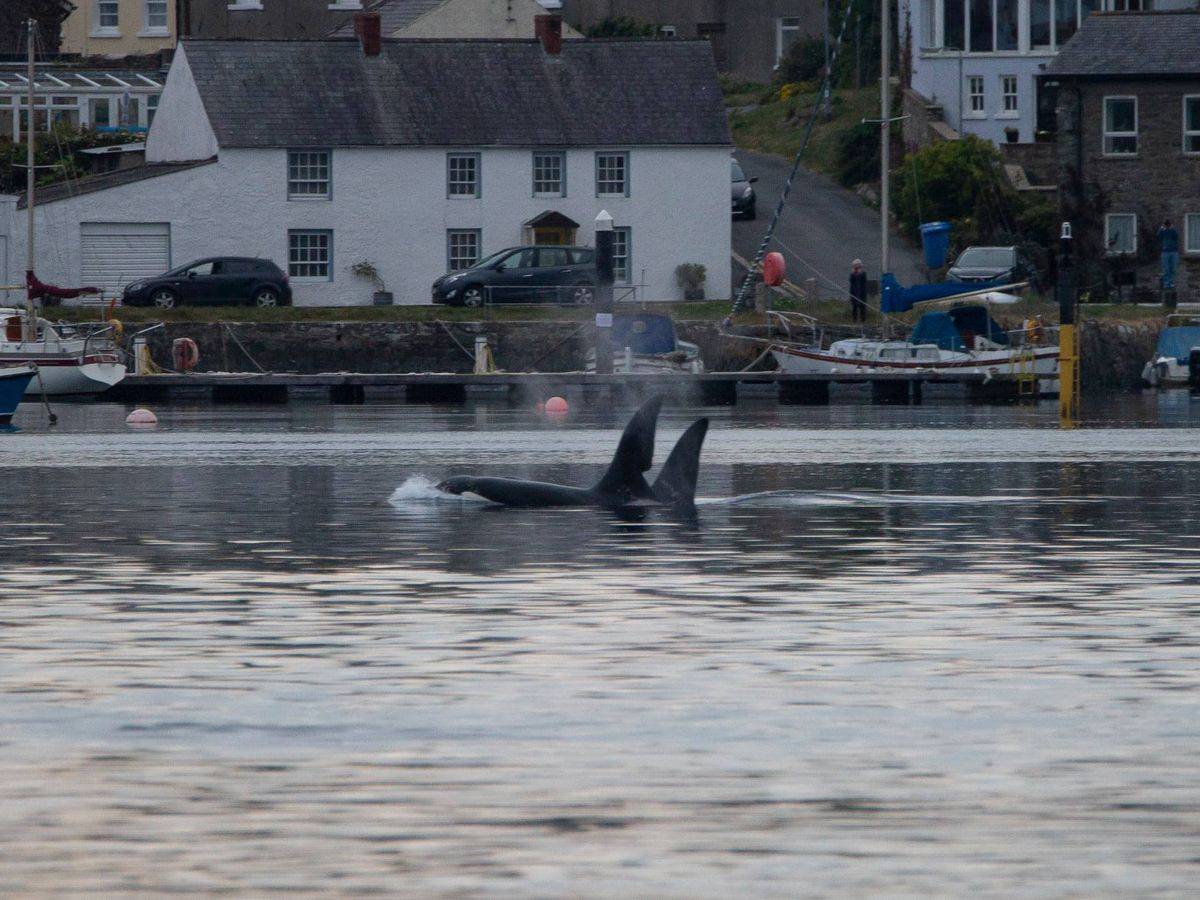 As the name would suggest, the Whale Watch West Cork tour also provides plenty of opportunities to feast your eyes upon the other cetaceans of Ireland.

In total there have been 25 species of aquatic mammals identified in Irish waters, amongst them fin whales, humpback whales and even the iconic orca (commonly referred to as the killer whale). One of the best spots for watching these beauties breach into fresh air would be in Co. Waterford, where this wonderful footage was captured at the end of last year.

It’s thought the quieter waters in coronavirus times have actually prompted these magnificent creatures to venture closer to shore, and the lesser spotted killer whales were seen playing in the waters of Co. Down’s Strangford Lough.

A variety of types of turtle have been sighted all over Ireland, with a freshwater colony even taking up residence in the pond of Dublin’s Phoenix Park! However, the Irish Sea in particular is home to several members of the Leatherback Turtle species – the biggest in the world!

As their name would suggest, these water-loving reptiles don’t boast the iconic hard shell common to most turtles, and instead have a mix of leathery skin and oily flesh which stretches over their back. You might think that this makes them more vulnerable to predators, but most opportunistic opponents would be swimming for the underwater hills when confronted with the sheer size of these marvellous creatures. Adults can grow up to 7 feet long, with a weight of nearly 2,000 pounds! 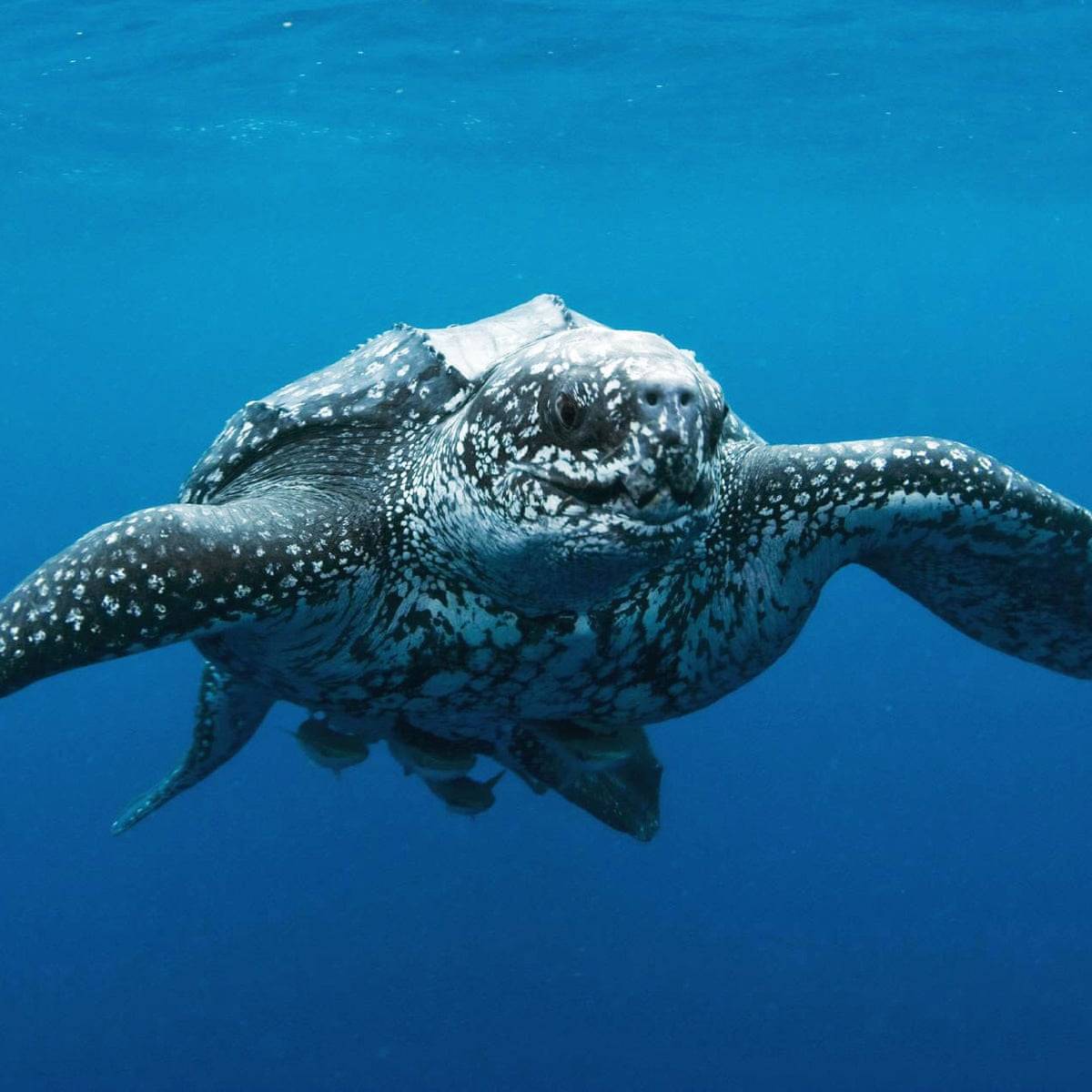 Despite their size you are unlikely to spot a swimming leatherback turtle from the shore, as they are most likely to be found in open water, with the ability to dive to astonishing depths of up to 1km. 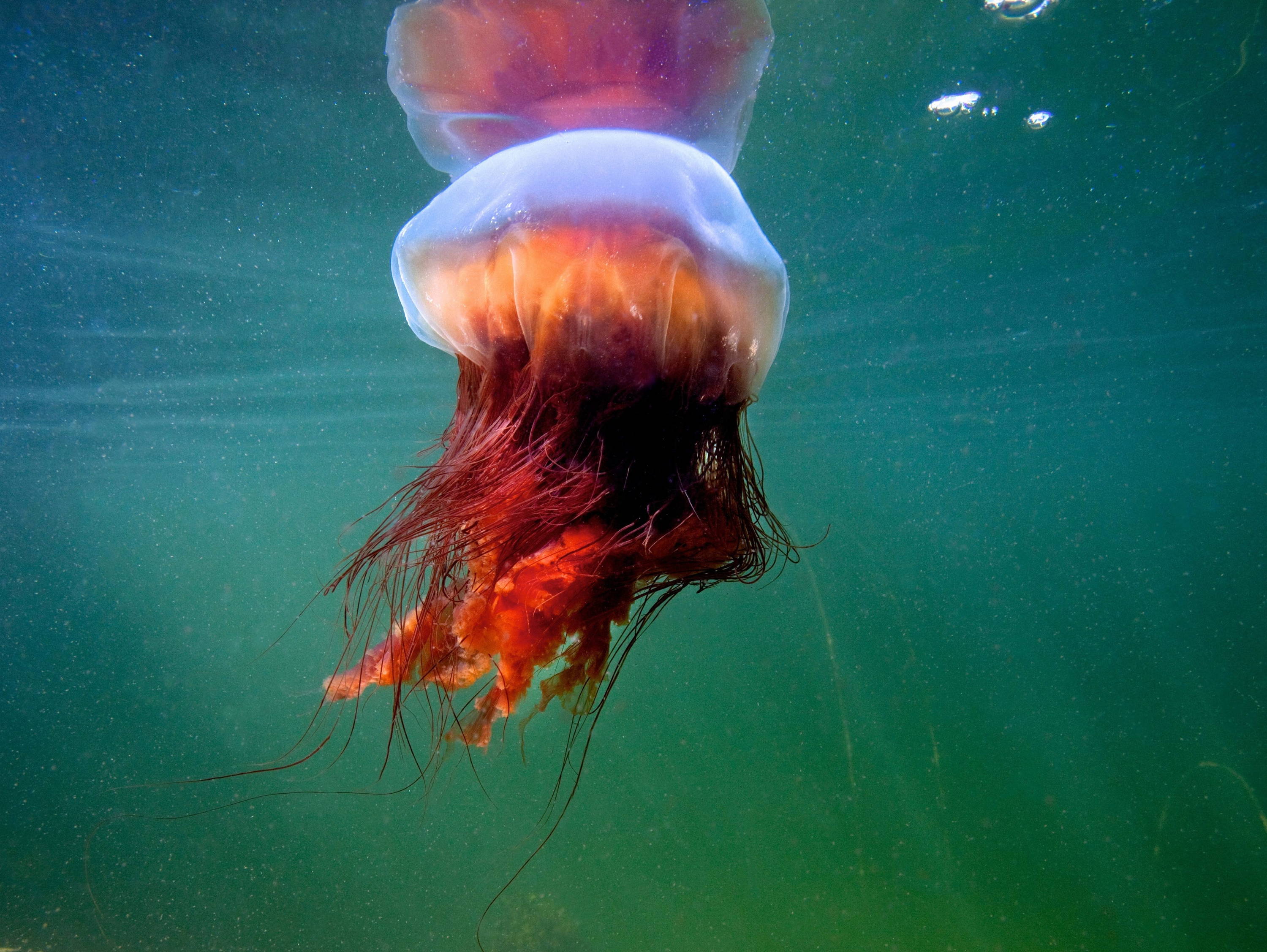 Part of the reason that these Giant turtles are so fond of the Irish waters, is because of the buffet it offers of their favourite dish – jellyfish!

My early memories of these gelatinous guys consist of seeing them washed up on the beaches of Wexford as I ran barefoot across the sand with my parents shouting warnings of being stung behind me. They always looked kind of gross and slimy, and I was always terrified of putting a foot wrong and feeling their merciless wrath.

It never occurred to me just how ethereally beautiful they could look floating along underwater in their natural surroundings. There are many different types to be found across the Emerald Isle but one of the largest species on earth, the Lion's Mane, has been known to wash up on Co. Dublin’s Portmarnock Beach. They also happen to possess the most painful sting of all the native Irish Jellyfish – lucky us! 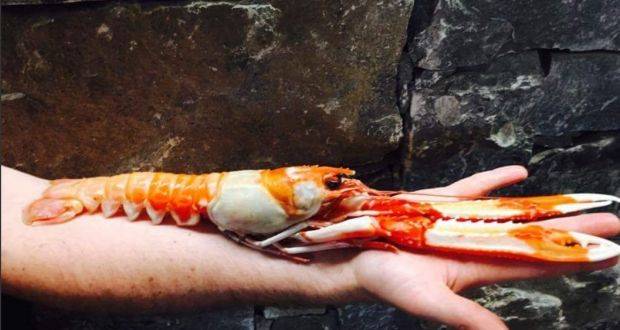 Perhaps to make up for the sharp stings of the Jellyfish, Dublin waters have also gifted us with one of the tastiest sea snacks known to mankind.

The Dublin Bay Prawn is a special kind of crustacean that are plentiful in both the Irish and Celtic seas, although not, as the name might suggest, in Dublin Bay itself. The second part of the name is also misleading, as these clawed crustaceans are langoustines rather than prawns, and look rather like little skinny lobsters - in fact they also go by the Arctic alias of the Norway Lobster.

Their tasty tails are used to create the ever popular scampi, which can either be breadcrumbed and fried as common in pubs, or served up with a delicious garlic butter more fitting for white tablecloth dining.

Now I wouldn’t go as far to say the waters of the east coast are shark infested, but there have been regular sightings of these ferocious fish in our part of the world – especially in Co. Waterford.

In fact, the surface of the Celtic Sea has been known to be broken by the dorsal fins of the second largest shark in the world – the basking shark. These humungous fishies clock in at an eyewatering average of 26 feet in length, and source their food close to the surface. 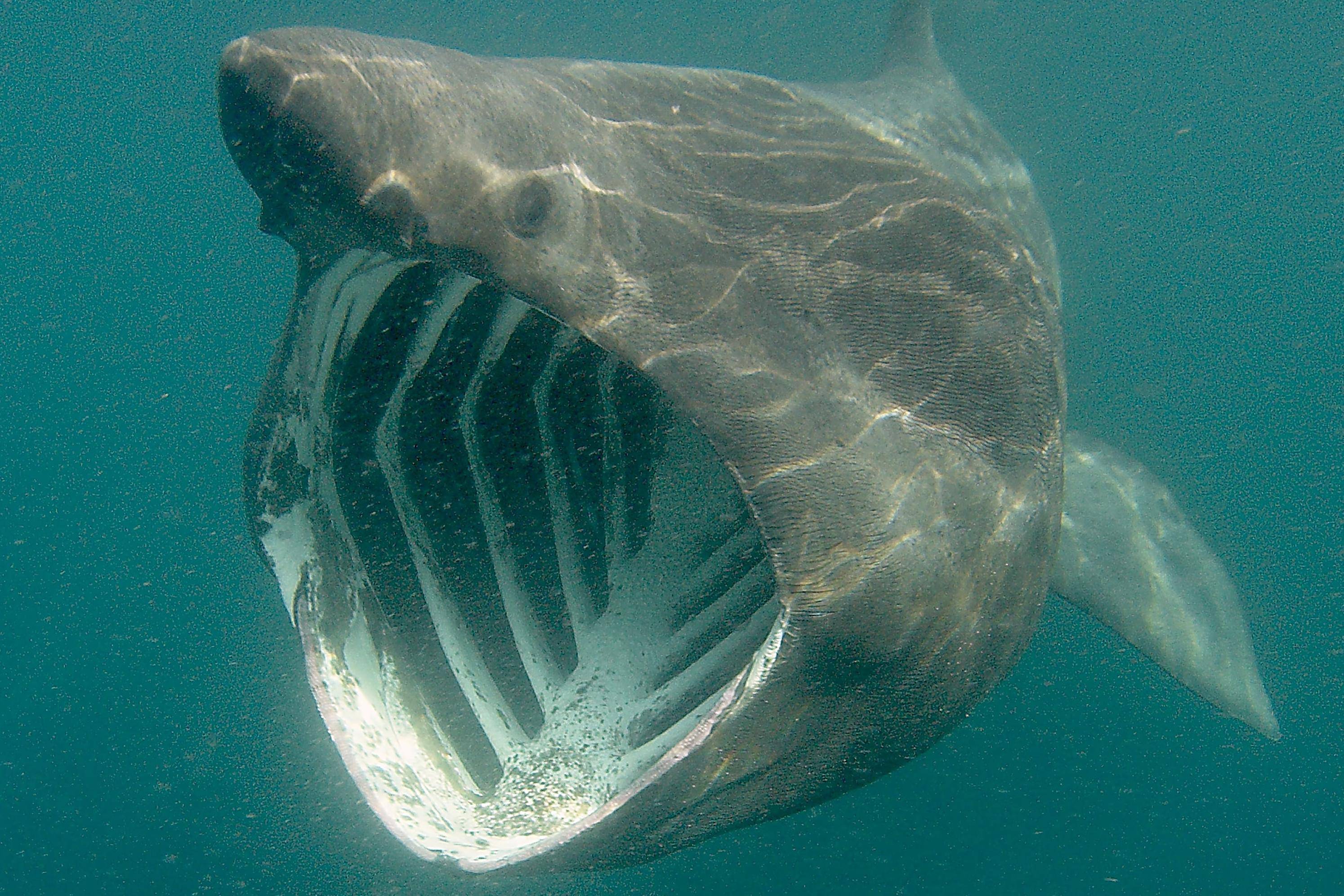 Thankfully this tends to take the form of plankton, which they consume in vast quantities through their impressively wide mouth. In fact, despite their intimidating size and slightly terrifying appearance, basking sharks are relatively harmless creatures – and don’t pose much of a threat to humans at all.

That being said, I wouldn’t stray too close to one – a flick of a fin and you might just find yourself capsized, with the perpetrator exerting the same amount of effort you or I might to swat away a fly! 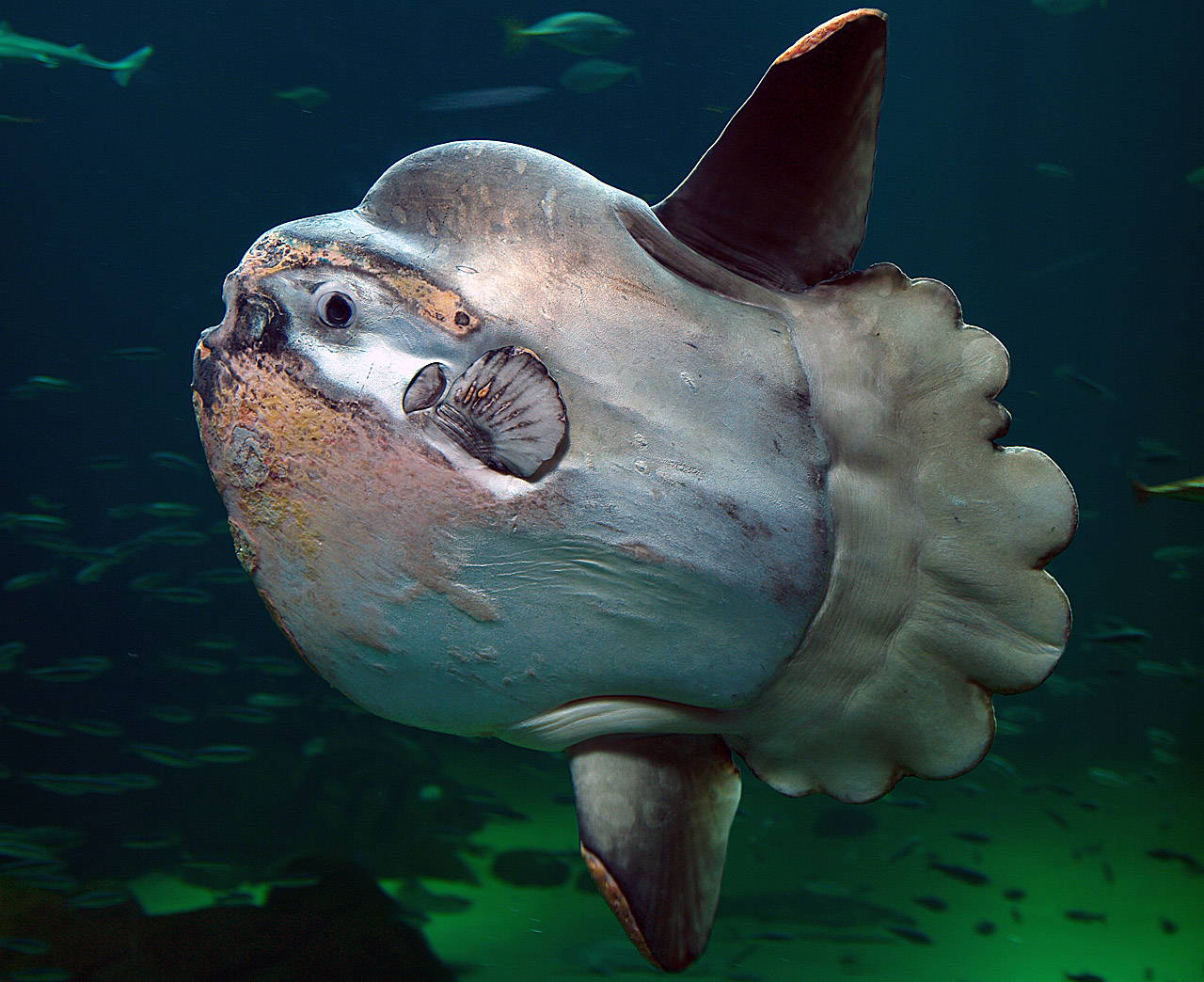 Although not quite equal to the dimensions of the basking shark, the Sunfish holds its own in the Celtic and Irish Seas, with an average span of 6ft and a weight that tips the scales at 1000kg.

Its tropical name is inspired from the fish’s flat disc like body, and also its habit of lying flat on the water’s surface in order to bask in the sun’s rays. This is perhaps a way to warm their bodies before diving into the icy depths in search of squid and jellyfish to feed upon.

Again we find ourselves confronted with another gentle giant, as the sunfish displays charismatic behaviour towards a large variety of other species, and is even known to develop symbiotic relationships with seagulls – allowing the birds to feast upon the many annoying parasites that rest upon its vast form.

Have you ever seen one of these marine dwellers in your own country? Tell us your greatest An Fharraige adventures in the comments below.